A few things have changed since the first Chronicles of Narnia film arrived on the scene. In the sequel, Prince Caspian, the principal actors are a little older and more proficient.

The director, Andrew Adamson, seems more confident; the action scenes are smoother and more polished. The Christian allegories are not as awkward and heavy-handed.

It is a better movie all around, though still not a great one. Like its predecessor, it is plot-heavy, with very little attention paid to characterization. You’ll recall that there are four siblings at the center — and three of them come off as total ciphers here. It was not until I re-read my review of the first film that I remembered that Edmund (Skandar Keynes) used to be rebellious. If he still is, there is little sign of it. If he isn’t anymore, then what is he instead?

The Pevensie child who does not get the short shrift is the oldest, Peter (William Moseley), who returns to Narnia with his siblings when they are summoned by a distress call. It’s been a year for them, but several centuries in Narnia-time, and a usurping family has stolen the throne and forced all the Narnian magical creatures into hiding in the forest. The ruling family’s teenage Prince Caspian (Ben Barnes) is now hiding, too, because his uncle, the evil King Miraz (Sergio Castellitto), having finally produced a male heir for himself, has no reason to let Caspian keep living. Miraz is leading the army into the forest to find and kill Caspian (and any Narnians that get in the way); Caspian and the Pevensie kids must rally the troops, fight back, and at last reclaim the throne.

Peter, now more serious and grown-up than the last time we saw him, readily adopts his previous position as rightful king of Narnia and deeply considers the options that lie before him. Caspian, meanwhile, is more hotheaded and emotional — which is understandable, considering his uncle wants to kill him — and this leads to recklessness. It also leads, inevitably, to Peter’s sister Susan (Anna Popplewell) developing a crush on Caspian, in a subplot so underdeveloped that it is an insult to subplots.

Meanwhile, young Lucy (Georgie Henley) insists that Aslan, the mighty Jesus-lion, will yet return and save the day. Her siblings do not share her faith. Lucy even claims to have glimpsed Aslan here and there. When Peter asks why he didn’t see him, Lucy says, “Maybe you weren’t looking.” This is fraught with spiritual import. In fact, everything with Lucy is fraught that way.

Among the new characters the young people encounter are dwarfs named Trumpkin (Peter Dinklage) and Nikabrik (Warwick Davis), plus a mouse (voiced by Eddie Izzard) whose small stature has given him a persecution complex. No one takes a talking mouse seriously, even if he does have a sword.

Light touches like that abound in the film, but there is ample darkness, too. Its PG rating represents an astounding lapse in judgment on the part of the MPAA, as the film is rife with stabbing, slicing, and death. Someone’s head gets chopped off. Lots of good creatures are slain while others look on, powerless to help. Very little blood is actually shown, but still, the slaughter is endless. (I do not hold the faulty rating against the film itself, of course. I point it out merely as a reminder for parents with young children.)

The battle scenes are well orchestrated and often thrilling. There is also a chilling sequence where someone contemplates a turn to dark magic, and two horrific creatures, one wolflike and one resembling a ghastly bird-headed woman, appear. Moments like that give the film some weight, particularly insofar as they give the characters something complicated to think about.

Predictably, the film’s running time — almost 2 1/2 hours — feels too long, especially given the story’s basic simplicity. And ultimately, the only way the film makes sense is if it’s read as a Christian allegory. Taken strictly at face value, it’s nonsensical: If Aslan is all-powerful, why doesn’t he arrive sooner and defeat the bad guys single-handedly? What makes anyone think he’s going to come back at all? Why does he come back when he does? What, exactly, is Aslan’s connection to everyone? Is he their king? Their god? Their buddy? These questions are easily answered if you replace “Aslan” with “Jesus” and fill in the biblical blanks, but that limits the movie’s potential reach. Someone with no knowledge of Christian theology would be baffled by the movie’s strange narrative and leo ex machina ending.

Of course, the only people with no complex knowledge of Christian theology who are likely to see the film are young children, and they will not care about the story’s structural flaws. It is the grown-ups who might feel slightly underwhelmed by it all, though they will likely be moderately entertained by the action and adventure. 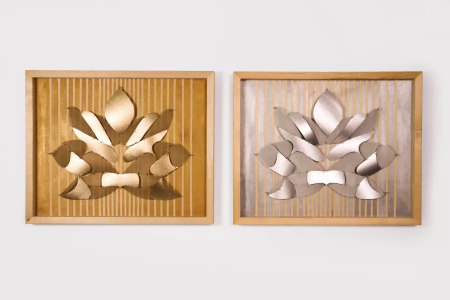