“Even before CoViD-19, one year was simply not enough time. Now that CoViD-19 has upturned nearly every aspect of life, it has never been clearer that survivors need more time,” said Assemblymember Linda B. Rosenthal. (D/WF-Manhattan). “Before CoViD-19, survivors were already struggling with the emotionally fraught decision of whether to come forward and the practical work of finding an experienced attorney to take their place. In the midst of CoViD-19, everyone has had their lives turned upside down. Under these circumstances, it would be inhumane not to extend the time within which survivors can file a claim. I want to thank my colleagues in the Assembly for championing survivors for years and my colleagues in the State Senate for picking up this mantle, and fighting with us.”

Senator Hoylman said “We are in the middle of the worst economic crisis in decades. Millions of New Yorkers have lost their jobs, and our lives have been turned upside down. It is unreasonable to ask survivors to do the legal and emotional work necessary to file CVA claims while simultaneously fighting to keep a roof over their head and food on the table. Extending the Child Victims Act by a full year will give survivors the additional time they need to come forward. By passing this bill today, New York sends a clear and unambiguous message to survivors: we believe you, we support you, and we will continue fighting for you. Thank you to every survivor who stepped forward to share their story and inspired us to act. I am grateful to Senate Majority Leader Andrea Stewart-Cousins for her determined efforts to pass and extend the Child Victims Act, and I’m thankful to Assemblymember Linda B. Rosenthal for championing these bills in the Assembly.”

“Safe Horizon, the nation’s largest non-profit victim services provider, loudly applauds the New York State Assembly for passing legislation to extend the Child Victims Act’s civil window by another year. In so doing, the Assembly recognizes the urgent need for survivors of childhood sexual abuse to have sufficient time to file civil lawsuits against abusers and the institutions that protected them. The CoViD-19 pandemic has interrupted court fillings, prevented survivors from meeting with their lawyers, and delayed the discovery process. Today’s vote by the Assembly reinforces the commitment of the original Child Victims Act in creating broader pathways to justice for survivors. Safe Horizon is deeply grateful to Assembly Member Linda Rosenthal for her strong leadership on this issue, and we thank Speaker Carl Heastie and the entire Assembly for their principled support.” Michael Polenberg, Vice President, Government Affairs at Safe Horizon.

“Our sincere gratitude to the sponsors of the bill and the Speaker of the Assembly for recognizing that survivors of abuse must not be made to forfeit their long awaited access to justice. This survivor-centered legislation preserves the integrity of the Child Victims Act.” Christopher Bromson, Executive Director of Crime Victims Treatment Center.

“We applaud the state Assembly on the passing an extension to the Child Victims Act,” said Susan Dooha, executive director of Center of Independence for the Disabled, NY. “Children with disabilities have historically experienced a disproportionate level of abuse and this extension will go a long way to help protect all children and allow them to seek justice.”

“Congratulations and a well deserved “thank you” goes out to NY State lawmakers for extending the “lookback” window component of the Child Victims Act for an additional year. This gives advocates the ability to inform many more victim/survivors of their opportunity to seek justice against their abusers and any institutions that enabled and harbored them. Archaic Statutes of Limitation laws in New York State have denied them this basic right for decades. In addition, the extension affords survivors more time to make an emotionally wrenching decision and come to terms with the very real pain they have lived with for most of their lives. It also provides more time for survivors whose circumstances made it difficult to find legal counsel willing to represent them. Along with Governor Cuomo’s five-month extension, the added time helps to offset constraints that the coronavirus pandemic has had on the state courts. All in all, it was the right thing to do and the New York State Legislature should be proud they got it done!” Brian R Toale, Survivor / Advocate, Manhattan SNAP Leader.

“I’m heartened by the passage of the Child Victims Act Extender bill. Just a few years ago the thought of even having a lookback window was unthinkable, but with this bill’s passage today the legislature is sending a message to survivors across New York State that they are seen, they are heard, and they will have justice. One year was not enough. It was never enough. And I am grateful to the legislature for recognizing that and doing the right thing for survivors.” Asher Lovy, Director of Community Organizing – ZA’AKAH.

“We know that victims of childhood sexual abuse may not disclose for many years or even decades. They struggle with coming to terms with the fact that a loved one or trusted adult committed such a heinous act against them. It is important to provide these victims with the time they need to disclose and to provide an opportunity for recourse. Extending the one year look back window for victims of childhood sexual abuse to pursue a civil claim is an important step forward, especially in light of the pandemic and its impact on the court system. We applaud Senator Brad Hoylman, Assembly Member Linda Rosenthal and all the cosponsors for sponsoring this legislation and urge the legislature to pass this bill and the Governor to sign it into law.” Selena Bennett-Chambers, Director of Public Policy, New York State Coalition Against Sexual Assault.

“This is an important step forward for the thousands of survivors of child sexual abuse in New York who deserve another year to seek justice. I thank the Senate for passing this bill and applaud the Assembly for what they are doing to pass the Child Victim Act extension. I am also grateful to State Senator Brad Hoylman, Assemblymember Linda Rosenthal and former Assemblymember Marg Markey for their tireless advocacy on behalf of survivors And to the survivors who have not yet come forward. You are not alone. Together we can identify perpetrators and make our streets safer.” Bridie Farrell, Survivor and President of America Loves Kids.

“I am thankful to the New York State Legislature for extending the one year window of the Child Victims Act look-back window. Considering the pervasiveness of sexual abuse of minors in our society, it is incredibly important to keep our courthouse doors open for victims. With this bill New York will be a beacon for safeguarding the rights of children seeking redress for their devastating injuries, and holding assailants accountable for the grievous harm they have inflicted.” Honorable Heela Capell, survivor.

The Child Victims Act was originally signed into law on January 28, 2019 and opened a one-year lookback window until August 14, 2020. When the CoViD-19 pandemic struck, the New York State Office of Court Administration (OCA) issued an order suspending the filing of all non-essential claims, including claims within the CVA window. Though the Governor issued an executive order suspending specific time limits for the commencement, filing, or service of any legal action advocates were concerned that these orders did not include actions filed under the CVA window. Lawyers have expressed concern that this new order exceeds the scope of the Governor’s emergency powers under Executive Law.

Assemblymember Linda B. Rosenthal is the Chair of the Committee on Alcoholism and Drug Abuse. She represents the 67th Assembly district, which includes the Upper West Side and Hell’s Kitchen neighborhoods in Manhattan.

State Senator Brad Hoylman is the Chair of the Judiciary Committee. He represents the 27th Senate district, which includes Greenwich Village, Chelsea, Hell’s Kitchen, Columbus Circle, Times Square, the Upper West Side, the East Village, Midtown East, and the Lower East Side.

Khphruan Campbell, 39, Arrested For The Murder Of Becky Crown, 38 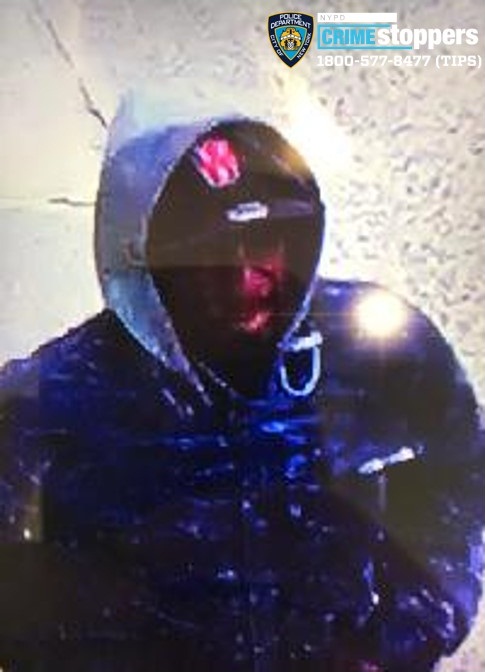