“Fair lending laws are essential to protecting consumers from discriminatory lending practices,” said Attorney General James. “Both of CFPBs proposed rules would undermine our ability to hold bad-acting lenders responsible for their actions. My office is committed to keeping provisions in place to ensure that almost a century of racism in mortgage lending is eradicated and that all Americans have access to sustainable home ownership.”

The first letter, signed by 13 attorneys general, challenges a May 2019 CFPB proposal limiting the data financial institutions are required to report to the CFPB under the Home Mortgage Disclosure Act (HMDA), a 1975 law that requires mortgage lenders to make certain mortgage data publicly available as a check to ensure compliance with fair lending laws. Some of this data includes information which lenders already collect to comply with other regulations as well as their own underwriting standards.

Now, the CFPB is soliciting comments on which data fields should be eliminated from reporting.By hiding important data points, the CFPB gives a windfall to financial institutions who will be able to resume predatory lending practices, and it will impede the governments efforts to prevent another financial crisis brought about by predatory lending.

The second letter focuses on the state specific impact regarding another May 2019 CFPB proposal to the reporting threshold for mortgage lenders under HMDA. A preliminary review of the 2018 data shows that even with a slight increase to the threshold limit, New York loses essential data pertaining to local lending, or lenders that lend in one city or town.

By increasing the HMDA reporting threshold, the CFPB makes it difficult for the public and public officials to bring disparate impact discrimination claims, a decades-old theory of liability that has been instrumental in ending discrimination. If adopted, the changes in reporting thresholds would exempt large swaths of the mortgage lending industry from the obligation to report HMDA data.

With these two proposed rule changes, the CFPB fails to take into consideration the negative impact the relaxed reporting requirements will have on the ability to analyze local lending practices and hold lenders accountable for violations of fair lending laws.

New York Attorney General James argues that these changes undermine the core functions of the HMDA. The Attorney General also criticized the CFPB for reversing its prior position that such higher thresholds and the absence of certain data points would impede the public and public officials ability to ensure that mortgage lending was being conducted in a non-discriminatory manner in their communities. In addition to these substantive challenges to the CFPBs proposed rule regarding the increased thresholds, the New York Attorney General James also maintains that it violates the Administrative Procedure Act since it fails to take into the consideration the cost of the proposed rule on the states.

Joining the New York Attorney General James in signing the first letter challenging the proposed rule to limit the data lenders are required to report to the CFPB are the attorneys generals of California, Connecticut, Delaware, District of Columbia, Hawaii, Illinois, Massachusetts, Michigan, Minnesota, Oregon, Pennsylvania, and Rhode Island. 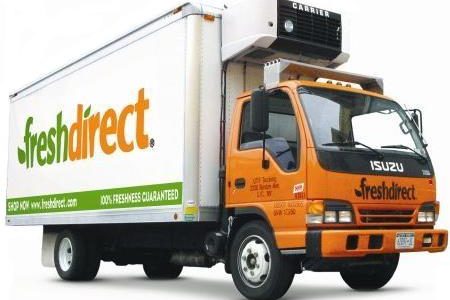