Castroville scored two runs in the top of the second inning to open the scoring. Wyatt Ducs opened the inning with a walk before stealing second and moving to third on a fielder’s choice. A fielding error on Brady Fillinger’s ground ball allowed Ducs to score the first run of the game. After Fillinger reached on an error, he advanced to second and third on two wild pitches. Fillinger scored the inning’s second run thanks to Christopher Rash’s RBI single to center field.

Castroville added another run in the top of the third to lengthen its lead. After Hunter Hurtado reached base on a fielder’s choice, he advanced to second on a failed pickoff attempt. A fielding error allowed Hurtado to score the game’s third run.

Castroville scored one more run in the top of the fourth, giving the Texans a 4-0 lead. Joseph Alvarado opened the inning’s hitting with a single to center field. Rash then hit into a fielder’s choice, which moved Alvarado to third. Harris singled to center, scoring Alvarado.

The Bronx responded in the bottom of the fourth, scoring one run. Kendry Pegeuro started the inning with a walk before stealing second and third. Alex Rodriguez also walked, putting runners on the corners. A passed ball allowed Peguero to score, giving the Bronx its first run of the game.

Castroville’s offense exploded in the top of the fifth, scoring four runs. Hurtado reach on an error that was followed by Ducs’s single, which put runners on the corners. A fielding error allowed Hurtado to score and moved Ducs to second. A wild pitch and passed ball then allowed Ducs to score, making the score 6-1 in favor of the Texans. After Fillinger singled and stole second, a defensive error on Alvarado’s ground ball allowed him to score the inning’s third run. A series of passed balls let Alvarado score the inning’s final run.

Castroville added four more runs in the top of the sixth to lengthen its lead. Hurtado led off with a walk, stole second, and advanced to third on a wild pitch. Ducs then reached on a fielding error, which scored Hurtado. Ducs moved to second on a defensive error that also allowed Lawson Schuchart to reach base. Ducs advanced to third and Schuchart moved to second thanks to Fillinger’s single. Ducs scored on a wild pitch that advanced Shuchart to third and moved Fillinger to second. After a fielder’s choice scored Schuchart and moved Fillinger to third, a wild pitch let Fillinger score Castroville’s fourth run of the inning.

The Bronx added three runs in the bottom of the third, but this late rally was not enough. Rodriguez opened the inning with a walk before advancing to third on Branden Rosario’s single. Rosario also advanced to second on the throw to try to get Rodriguez at third. A wild pitch let Rodriguez score and moved Rosario to third. Noe Mercedes walked, followed by a fielder’s choice that scored Rosario and moved Mercedes to third. A passed ball allowed Mercedes to score the game’s final run. 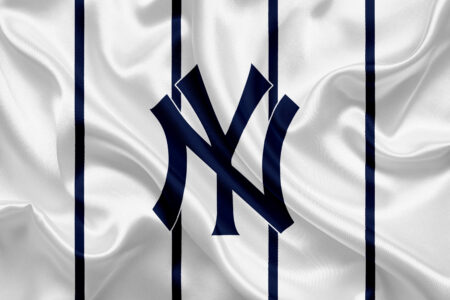