The first bill is a Constitutional amendment to cap the annual growth of State spending, which would bring expenditures in line with revenues and end the habit of excessive and unsustainable spending in Albany. The second bill would create a property tax cap, limiting the amount of real property taxes that school districts, counties, cities, towns, villages, special districts and fire districts can levy, and providing relief to taxpayers across the State.

“Albany has spent beyond its means for decades. This has resulted in a fiscal crisis with a more than $60 billion structural deficit over the next four years, and exorbitant property tax bills that have forced many New Yorkers to leave the State,” Governor Paterson said. “We will need to address our current budget deficit through tough choices and spending cuts. But we also have a responsibility to correct mismanagement in government, demonstrating to all New Yorkers that we can restrain our appetite for spending and help ease their tax burden. If the Legislature works with me now, we can prevent this kind of crisis for future generations.”

The proposed spending cap amendment would help prevent boom and bust budgeting by prohibiting an increase in State operating funds spending greater than the average rate of inflation for the previous three years. The Constitutional amendment would need to pass two consecutive legislative sessions, and then go before the public in a referendum. This referendum could be held as early as November 2011.

Governor Paterson continued: “The public deserves to have their voices heard. The Legislature can provide them with the opportunity by passing this Constitutional amendment. Everyday New Yorkers, and not elected officials or special interests, should get to decide if they want Albany to spend within its means. We can now give them the final say in their fiscal future and the fiscal future of New York State.”

A history of spending beyond the State’s means has compounded the current fiscal crisis, forcing the State to take drastic actions to stabilize its finances. From State Fiscal Year (SFY) 2002-03 to SFY 2007-08, State operating funds spending grew from $52.8 billion to $77 billion, growing at an average annual rate of 7.86 percent. If Governor Paterson’s proposed spending cap had been in place from SFY 2002-03 to SFY 2007-08, annual spending growth during that period would have averaged 2.7 percent. Additionally, SFY 2007-08 State operating funds spending would have totaled $60.4 billion, an amount $16.6 billion lower than what was actually spent.

The proposed property tax cap would limit tax levy growth for all school districts, counties, cities, towns, villages, special districts and fire districts to 4 percent or 120 percent of the annual increase in the consumer price index, whichever is less. The bill is based on the recommendations of the Commission on Property Tax Relief, which found that New York’s local taxes are the highest in the nation – 78 percent above the national average.

“New Yorkers pay the highest property taxes in the country, and have continuously asked Albany to do something about it. We need to take immediate action to address what has been ignored for far too long,” concluded Governor Paterson.

When property taxes are expressed as a percentage of home value, eight of the top 10 counties with the highest tax rates in the nation are in upstate New York. Nassau, Putnam, Rockland and Westchester counties are in the nation’s top 10 in terms of the percentage of household income that must be devoted to paying property taxes. Property tax levies in the State are rising at more than twice the rate of inflation and salary growth. The cap would not apply to the “Big 5” school districts – those with a population of 125,000 or more.

While previous tax cap proposals focused exclusively on capping the growth of school property taxes, which comprise approximately 60-70% of the average property tax bill, this bill would cap not only school taxes, but all local property tax growth. Like school district tax levies, local governments’ tax levies could only increase by up to the lesser of 4% or 120% of the annual increase in the CPI. This bill would impose the same fiscal discipline on counties, cities, towns, villages and fire and special districts, to constrain continually increasing property taxes. This cap would provide immediate relief to all taxpayers. At the same time, this bill would protect critical municipal services by allowing local government officials to override the cap with a two-thirds vote of a local government’s governing body when circumstances demand an additional tax levy. 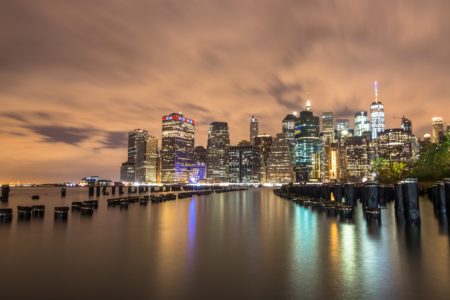