Legal Aid also calls upon the NYPD to fire Officer Lustica immediately for this brazen misconduct, and to discipline her partner, Officer Konti Markvukaj, for not intervening to stop Officer Lustica’s assault.

“For the rest of her life, Ms. Pagan-Alomar will be reminded daily of that morning in June when Officer Lustica attacked her so viciously that she lost her left eye,” said Ms. Pagan-Alomar’s attorney, Nicolas Schumann-Ortega, of The Legal Aid Society’s Bronx Criminal Defense Practice. “It is shameful that the Bronx District Attorney continues to drag this case on, and that Officer Lustica continues to walk the beat endangering the people of this community she supposedly serves. In the interest of justice, this case must be dismissed immediately, and Officer Lustica must be fired and charged criminally for this horrific assault.”

As reported in today’s New York Daily News here, on June 11, 2018, Ms. Pagan-Alomar observed NYPD officers speaking with her friend at the corner of Burnside and Jerome Avenues in Bronx. After Ms. Pagan-Alomar’s friend was handcuffed, Ms. Pagan-Alomar inquired about the arrest to Officers Lustica and Markvukaj.

Instead of immediately taking Ms. Pagan-Alomar to the hospital for prompt treatment that might have mitigated the damage they had inflicted, the police officers arrested her and took her to the 46th Precinct. The police contacted emergency care only after seeing what must have been obvious from the outset – that Ms. Pagan-Alomar’s left eye was hanging out of its socket.

Ms. Pagan-Alomar spent the next five days in the hospital, and underwent multiple emergency procedures to repair damage to her face in a fruitless attempt to save her left eye.

A medical expert who reviewed and analyzed Ms. Pagan-Alomar’s hospital records detailing the type of injuries she sustained said that, “Johanna Pagan-Alomar sustained a horrific, painful, traumatizing left eye injury…This type of injury is painful both physically and mentally, as this is trauma that Ms. Pagan-Alomar will need to live with for the rest of her life. In my 20 years of nursing, working in many different areas of critical care, I have never witnessed such an extensive eye injury. In reviewing Ms. Pagan-Alomar’s records, it was painful and emotional as a Practitioner to try and understand how such trauma could be put upon an individual.”

Despite Ms. Pagan-Alomar’s pain and suffering, prosecutors have dragged this low-level misdemeanor case on for more than ten months.

In January, Ms. Pagan-Alomar filed a lawsuit for damages against the New York City Police Department naming Officers Lustica and Markvukaj as defendants. 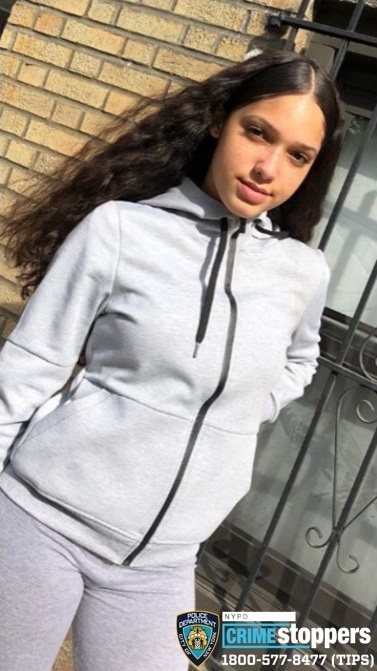