Four Bronx women allegedly stole $160 worth of underwear from Annie Sez at 2:28 p.m. Wednesday, prompting a chase by a store employee and arrests by the Pelham Manor Police Department, police said.

The women were riding in a silver 2011 Jeep Liberty and crossed over into Bronx by way of the Eastchester Creek Bridge, but were being followed by an Annie Sez employee, who had called Pelham Manor police. An officer headed on Boston Post Road over the bridge and observed the car stopped “approximately 100 feet from Connor Street,” with the store employee’s vehicle behind it.

The three got out of the vehicle and were ordered by police to stop. Police learned that a fourth suspect had exited the car in the area of UPS on Boston Post Road, but were unable to find that suspect.

McBeth and Gobern were found in possession of a screwdriver and metal snippers, respectively, which can be used to cut security tags off of merchandise, police said.

The three were arrested and released on $250 bail. They were scheduled to return Thursday to Pelham Manor.

Managers from the Mount Vernon TJ Maxx and Staples, plus a Bronx Marshalls, were called and told that items recovered from the car might have been stolen from their stores as well. Several New York State licenses also were recovered, which the suspects said belonged to relatives. The licenses were taken to police headquarters, where they were to be picked up only by the licensees.

A Black Male Smashes The Head & Face Of An Irish Female 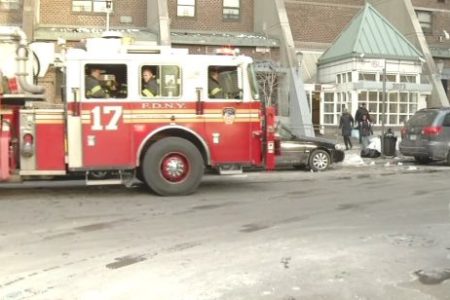