In the aftermath of the 12/14 shooting, countless fundraisers sprung up in Newtown, around Connecticut and across the country, and millions were raised from citizens who wanted to do whatever they could to help.

At least one, federal officials say, was a fraud.

Now the alleged perpetrator of the fraud – Nouel Alba, 37, of Bronx – has pled guilty to one count of wire fraud and one count of making false statements (according to authorities, she lied to FBI agents investigating charity scams.)

Taking to PayPal and social media, Alba allegedly claimed to be the aunt of a child killed in the shootings at Sandy Hook Elementary School, collecting a “funeral fund” on behalf of victims’ families. In addition, authorities say, she e-mailed Sandy Hook PTA officers, “touting her fictional personal relationship with the PTA to support her false claim and induce donors to send her money.”

Fortunately, FBI Special Agent Kimberly Mertz said, the fraud didn’t net a substantial amount of money from well-wishers. But, she said, the damage was done.

“The thought that someone would scheme so quickly and deliberately to benefit from an unspeakable tragedy is beyond belief,” Mertz said. “Ms. Alba’s actions caused undue sadness and harm to those already suffering and to those involved with running legitimate and caring charities. While her guilty plea is just, our thoughts today are with the victims of the Newtown tragedy and their families and friends.”

The charges against Alba come with a combined maximum sentence of 25 years in prison. Authorities will continue to monitor the internet in search of similar scams, according to Acting U.S. Attorney for the District of Connecticut Deirdre Daly. 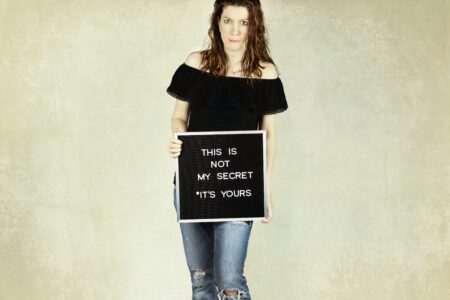 Kimberly Roberts, 26, Arrested For The Murder Of Eric Chambers, 53