Home / News / Entertainment / Movies / Bronx – The Brithplace Of A Culture

Handal Gomez Abdelrahim wants to restore Fred Astaire to his rightful place as one of the original b-boys. In a short film, Graffiti Nation, that will screen on Oct. 23 at the International Independent Film & Video Festival in Manhattan, Mr. Abdelrahim, a resident of West 238th Street in Kingsbridge, juxtaposes clips of soft-shoe work by Fred Astaire with John Travolta in Saturday Night Fever.

The point, he says, is to show how they’re all connected: who came before whom, and who came after, and what was happening in the world that shaped hip hop as a culture and its elements — breakdancing, deejaying, rapping and making graffiti — as art forms. The list is more varied than many might expect: Mr. Abdelrahim variously references Beyoncé, the seminal 70s city film The Warriors, Ronald Reagan, LL Cool J, Sting, George McCray, and Riverdance. Showing the spread of the culture that began in the Bronx, Mr. Abdelrahim has culled video from locations as far away as Sao Paolo, Brazil, and Cape Town in South Africa.

“I knew that the culture had spread so big that if I dug deep enough, I’d find something,” said Mr. Abdelrahim, 40, in a recent interview at his apartment.

His film is in many ways a film about heroes. Heroes are a theme for Mr. Abdelrahim, who has short-cropped, dark hair with a little salt creeping in, and was wearing a pink dress shirt, black slacks and Converse sneakers when he screened his film for a reporter. He idolizes Bruce Lee and Jimi Hendrix. He has an Elektra figurine and framed copies of Captain America and Batman comic book covers on his wall.

“In comics, you have heroes,” he explained, “and heroes, they have their good times and their sad times… but they always find a way to save the day.”

Mr. Abdelrahim, a freelancer in the film and television industry, also references his own roots in the film. As a kid, he would hang out with the older guys, telling his mom he was going to stay late at school or go to the library and instead watching deejays battle in parks or winding up at parties on the other side of the Bronx.

Using two VCRs, he cut together action scenes from popular movies, like Rambo and Jaws and the seminal chase scene from The French Connection, to create a montage of constant excitement. He says his current film follows the same motif, although with hip-hop — not violence — as a unifying theme.

He and his friend, fellow Bronx resident Howie Rondinone, would cut class and hang out. Mr. Rondinone, known as “DJ Dec5,” would string together breakbeats on his turntables. He does the same, years later, for Mr. Abdelrahim’s film.

They have patched together video from so many different sources, Mr. Abdelrahim says, he couldn’t even name them all. The film explains hip-hop history by showing rather than telling. It’s made up of clips from YouTube placed shoulder- to-shoulder with archival footage from the early days of modern cinema.

“We don’t want people to forget the people who started this,” Mr. Abdelrahim says.

But the film, which Mr. Abdelrahim says could be the first music video documentary — it has no narrator, only music mixed together by Mr. Rondinone and clips from The Warriors to make the occasional point — is as much an explanation of where hip-hop is going as it is a reminder about the past.

It shows “old school vs. new school,” Mr. Abdelrahim says. “The mixtape vs. the iPod.”

There was a time when kids would sneak into train yards and turn entire subway trains into giant, fanciful murals, referencing pop culture, politics, current events, dreams and nightmares. Some called it art, others vandalism.

Now one of the only places where graffiti is more art than vandalism is a warehouse complex in Queens, called Five Points, where holdouts from an earlier era keep their walls open to spray-paint scribes. Sequences in Mr. Abdelrahim’s film show that progression, showing video from the old days and photos from more recent ones.

Getting this chronology onto the big screen has been a community effort. It was the centerpiece of a fundraiser at Mr. McGoo’s, the Broadway tavern, and an event at Ibiza, the nightclub at West 242nd Street. It was well received at An Beal Bocht, the Irish bar on West 238th Street. At one event, he encountered a poet, Reina Miranda, who now reads her work before every screening of the film.

Graffiti Nation began as an idea and then “just happened,” Mr. Abdelrahim says, thanks in part to the support he’s found in Riverdale and Kingsbridge. Now, the local resident’s documentary of a culture that began in the Bronx and spread nationwide will premiere at an independent film festival, and he says other festivals have expressed interest in it as well. 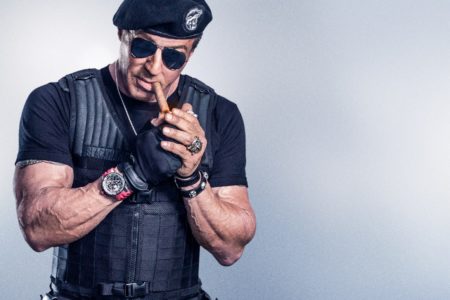 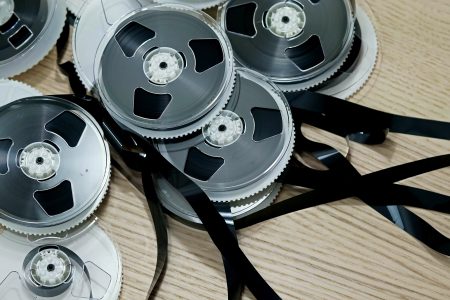