A Bronx teen who allegedly stabbed two fellow classmates with a switchblade, one fatally, was indicted on manslaughter charges Tuesday by a grand jury.

Abel Cedeno, 18, was originally charged with murder in the death of 15-year-old Matthew McCree in an attack that took place September 27 at the Assembly School for Wildlife Conservation in New York City’s Bronx borough. The grand jury’s decision to go with a lesser charge came just hours after another hearing, during which the mothers of both the defendant and the victim defended their sons in the courtroom.

There is still a chance that other charges, including murder, could be brought against Cedeno. The grand jury is still conducting its probe.

Cedeno was jailed immediately after his arrest in the stabbing, and after Tuesday’s grand jury announcement, his defense lawyers moved to get his bail set at $500,000 for the lesser charge.

Cedeno, who is bisexual, has claimed that he was defending himself from the younger teen, who he says was punching him repeatedly.

He said: “I was trying to get him off me. I was afraid for my life.”

“No way did I think someone could die,” Cedeno said. He added that he thought he himself might die if he did not defend himself from Matthew McCree’s attack.

Cedeno maintains that he was repeatedly bullied at the school and had anti-gay slurs hurled at him.

His mother believes her son to be innocent.

“My son is innocent,” she declared.

“My son was never a bully,” Dennis said after the court session ended Tuesday. “My son never had words with [Cedeno] in his life!”

“I was at the wake for this young man, and Chirlane and I were devastated looking at this young man full of promise just lying there,” de Blasio said of Matthew McCree. 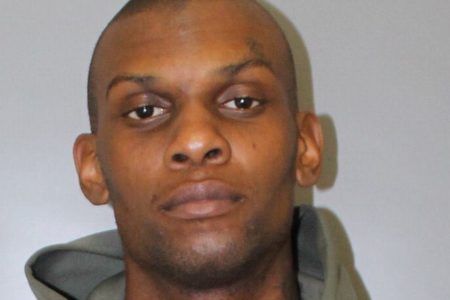 Bronx Man Shot, Killed While Behind Wheel Of Vehicle