The Rudy Bruner Award for Urban Excellence is a national award for urban places that seeks to promote fresh and innovative thinking about cities and the urban built environment. Hunts Point Riverside Park was chosen from a field of 87 applicants as an outstanding example of urban place making. The Committee commended the New York City Department of Parks & Recreation and Bronx River Alliance partners for “providing a natural retreat, passive recreation and access to the Bronx River; providing open space to a densely populated and under-served community through a sustained and visionary grassroots effort; and using design to capture a sense of nature on a site located between a scrap metal yard and the world’s largest food distribution center.”

“We’re delighted to see this remarkable park get the national recognition it deserves,” said Bronx River Alliance Chair Joan Byron. “Hunts Point Riverside Park powerfully demonstrates how Environmental Justice communities and government can work together to effect far-reaching change, and, in particular, how those forces have joined to reclaim the Bronx River as a community asset.”

“Hunts Point Riverside Park is a shining example of how community activism combined with a willing partner in government and thoughtful landscape design and planning can positively transform a neighborhood,” said Commissioner Benepe. “By connecting New Yorkers to their natural environment, including the city’s only freshwater river, this innovative waterfront park fosters community development, outdoor fitness and recreation, and a deep appreciation for the city’s natural resources in a neighborhood that has historically lacked green space.”

“This award we celebrate today is another great indication that open dialogue, respect, and hard work get you somewhere, and it feels great!” said Majora Carter, President of the Majora Carter Group who wrote a $10,000 seed grant for the park in 1999. “But this award isn’t a destination. This award is a responsibility to live up to the expectations that come with it.” 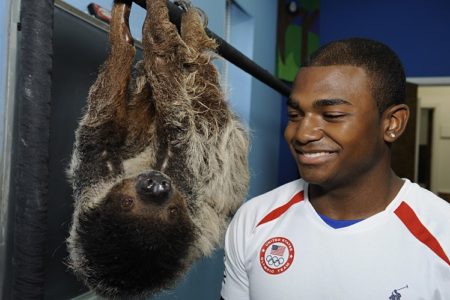