Maurice McKnight, who performs under the name Moe the Monster, filed the lawsuit on Thursday against DF Productions Inc. and James Camp in Los Angeles County Superior Court.

The suit claims that director Camp twice asked the Bronx, New York, native if he would consent to being called the n-word while filming a scene on July 12, 2017.

While Camp tried to explain that fans liked hearing the word, McKnight was adamant that “I still don’t like it.”

Camp would then allegedly come back and ask again, noting that costar Deborah Hinkle – who performs as Ryan Conner – was cool with the racist remarks.

But when the scene actually occurred, Hinkle still managed to call him the n-word twice, which can be heard in a clip uploaded to website dogfart.com.

Dogfart.com specializes in interracial scenes and McKnight has done plenty with them and more than 50 productions with the company.

“I just felt violated and betrayed,” he told the media.

“I’ve shot over 50 scenes for this company. For a long time, I was one of their top guys. And I’m always publicly talking about racism. For them to even ask me was an insult, then to do it against my will, it hurts. It feels like it was a set-up.”

His lawyer claims that Camp “conspired” with DF Productions to “dupe” McKnight into “performing sex acts with Hinkle, knowing that Hinkle planned to use the racist slur during the final scene.”

“Camp and DFI defrauded McKnight for the purpose of creating and selling racist content to its racist customers.”

“The use of the n-word in the workplace is considered by courts, and our society, as the most offensive racial slur imaginable,” said McKnight’s lawyer, Dan Gilleon. “It embodies the evil of racism.”

McKnight is suing for fraud, negligence and failure to prevent racial harassment.

He also claims that Camp and production owner Cable Christopher Rosenberg had promised to “edit out” the slurs but failed to do so.

The film started being sold in December, according to the suit.

And McKnight claims that he was sent abusive text when he started voicing his concerns.

“You’re a disgrace. To your people. To your family. To yourself,” one text reads that was included in the complaint and sent from Camp.

He believes that the defendant created a “work environment” that was “hostile and racially abusive.” 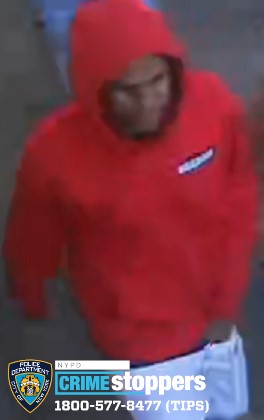