A 78-year-old man who had just bought flowers to place by a memorial for his deceased mother was attacked and robbed by two men in Bronx.

Alvero Rodriguez was walking with the flowers Friday afternoon on East Tremont Avenue when the two men approached him from behind and attacked him for his gold chain.

Rodriguez tried to put up a fight, but after a brief scuffle he was pulled to the ground and the men removed his chain.

A police officer who happened to be in the area observed the robbery and chased the suspects. While the officer was able to chase down one of the men, authorities say the other man got away in a silver car.

Authorities have released surveillance images showing the two men committing the robbery, as well as a picture of Rodriguez’s chain (see above). 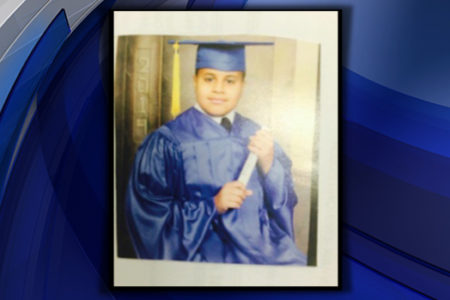