A Mount Vernon man has confessed to stabbing and beating two women to death in the 1990s a day after police found a third woman’s body under the covers in his bed.

Lucius Crawford, 60, was arrested late Tuesday after the body was found in his basement apartment at 7 Beekman Avenue. The woman had been stabbed 19 times; her name has not been released.

A law enforcement official says Crawford has since confessed to stabbing and beating to death a Bronx woman in October 1993 and another woman that same year in Yonkers.

“To the best of our knowledge these weren’t random attacks,” said Mount Vernon Police Chief John Roland. “From his early assaults right up until the current homicide that we’re talking about here, he knew his victims in one manner or another.”

The body of the 37-year-old Bronx woman, Nella West, was found dumped along Liebig Avenue in 1993. Police have DNA evidence linking Crawford to that killing, the official said.

Investigators had gone to Crawford’s house on Tuesday to question him in Bronx 1993 case. He was not home but they found the woman’s body in his bed under the covers, the official said.

Crawford previously served 13 years in prison for attempted murder after stabbing a 31-year-old co-worker who allegedly refused to date him. He was paroled in February 2008 and has lived in the Beekman Avenue apartment for more than a year.

Crawford moved to Westchester in 1991 after his release from a South Carolina prison, where he’d served two separate terms totaling 17 years for stabbing at least seven women.

Four were attacked in a five-day spree. The victims ranged in age from 14 to 28. None were fatal.

The NYPD alerted Suffolk County police to Crawford’s arrest to investigate whether he may have any connection to several unsolved murders of women on Long Island dating back to 2007.

But a law enforcement source in Suffolk told NBC 4 New York that Crawford “doesn’t pan out” as a suspect in those killings, noting that he was in jail when one of those victims was killed.

Crawford didn’t enter a plea during a court appearance Wednesday. 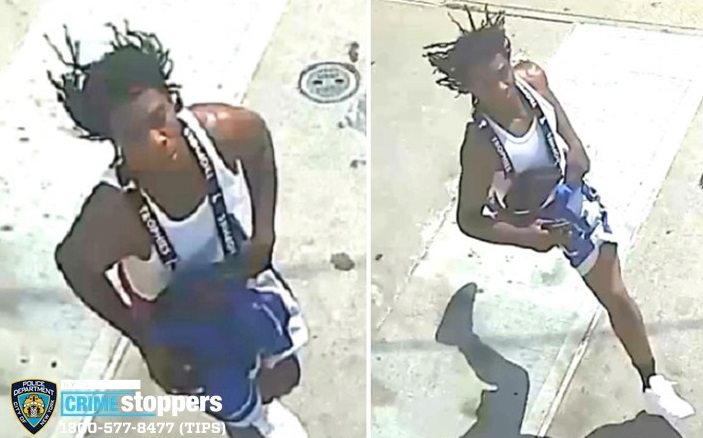