A Bronx man has been convicted of the execution-style killings of three men as they sat with him in a parked car in Morningside Heights. 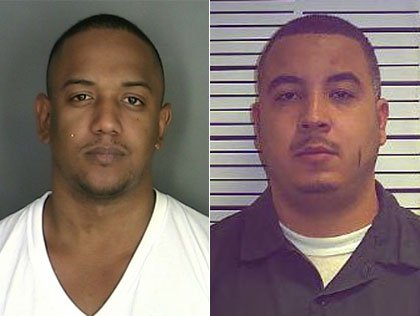 “There were 22 shooting homicides in Manhattan last year,” Manhattan District Attorney Cyrus Vance Jr. said in a news release. “Today, a jury determined that this defendant is guilty of committing three of them. As New York’s violent crime rate steadily drops, my office will continue to aggressively prosecute violent crime and the drug trade that often fuels it.”

Nunez sat in the backseat of a BMW on June 7, 2012, and shot Amaury Rodriguez, 30; Heriberto Suazo, 26; and Louis Catalan, 25, at close range with a .38-caliber Smith & Wesson revolver, prosecutors argued. Witnesses said they saw Nunez immediately after the shootings looking in the trunk of the car and then taking off his shirt and wiping his fingerprints off the doors.

Surveillance video captured a man calmly walking away from the car and discarding his shirt. Police said they found Nunez’s DNA on the shirt.

A passerby found the bodies in the parked BMW on West 122nd Street between Broadway and Claremont Avenue, near Columbia University.

Nunez was arrested 16 days later at a Bronx apartment.