Four park rangers and two concession stand workers were injured at Playland Amusement Park on Thursday night, one suffering a broken arm, when they tried to subdue a Bronx man who turned violent, county police said.

The disturbance happened at 10:04 p.m., when park rangers tried to subdue 22-year-old Ronald Jackson. One of the park rangers suffered a broken arm in the scuffle, police said.

At one point, Jackson leaned over the counter, punched the female employee in the face and struck the male employee, Gleason said.

Four park rangers responded, and Jackson began fighting with them when they tried to arrest him, Gleason said.

During the struggle, the group of rangers were slammed against the counter and fell to the ground. Other park rangers and county police responded and made the arrest.

Jackson was charged with four counts of second-degree assault, a felony; one count of third-degree assault and resisting arrest, both misdemeanors. He was held on $25,000 bail following his arraignment Friday morning before Rye City Court Judge Richard Runes.

The arrest was the second incident this week in which park rangers responded to violence at the amusement park. A melee among a group of Muslims who were upset over Playland’s policy of banning head scarves on certain rides led to the arrest of 15 people for disorderly conduct and other charges.

20 Bronx Cops To Be Questioned On Liquor At Work 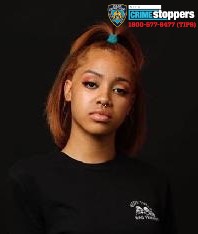