A day before the de Blasio administration announced it was seeking a consultant to find spots for new jails, a city inmate talking on the phone was slashed across the face by a rival gang member.

Melvin Tineo, 24, was cut from the bottom of his lower left eye all the way to his earlobe inside the Vernon C. Bain Center on Wednesday at 5:30 a.m., a gruesome photo shows.

Prosecutors plan to re-arrest Keith Rawlings and charge him for the attack, which was captured on video surveillance in the facility, according to multiple sources.

The fight is part of a larger war between the Mac Baller Brims, a set of the national Bloods gang, and the Trinitarios, a gang largely composed of Dominicans, jail insiders said.

Rawlings, who is in jail facing drug charges, attacked another inmate in 2012, according to the Correction Officers Benevolent Association.

A department spokesman said the alleged slasher will be punished.

“Our message is clear: If you attack someone in our jails you will face consequences,” said department spokesman Peter Thorne.

He blamed the department’s inability to use six sophisticated “ionizing” body scanners to find the homemade knives on inmates.

State lawmakers have blocked city jail brass from installing the airport-like scanners due to concerns over the radiation they emit.

“We will continue to work closely with state legislators to pursue the change in state law,” Thorne vowed.

Critics of the department say that the devices would be a welcome tool but are not a panacea.

Still, union president Elias Husamudeen said inmates “are emboldened like never before” to act out because of the lack of high-tech scanners to detect dangerous weapons such as the one used in the attack.

“We need Albany lawmakers in the next legislative session to pass the Secure Pass Scanner Bill and help us save lives, otherwise they will be complicit in this violence,” he said.

The slashing occurred a day before the de Blasio administration put out a request for proposals seeking a firm to analyze how much space is available at existing jails in Manhattan, Brooklyn, and a closed jail in Queens. The firm will also review if those locations could be expanded.

Husamudeen pointed out the slashing occurred at the so-called barge off Hunts Point in the Bronx.

“It happened in a community-based jail,” he said. “Whether jails exist on Rikers Island or in the outer boroughs, safety must always be the number one priority.”

De Blasio supports the plan to close Rikers and replace it with smaller state-of-the-art jails across the city. But the plan will take 10 years and can only be done with the inmate’s population cut almost in half, to 5,000 from around 9,200.

Inmate advocates say the shutdown can be done in three years. 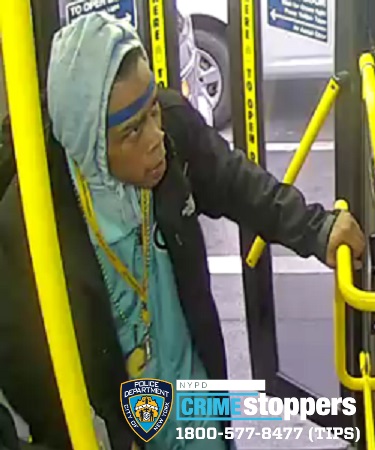