Hockey players and ice skaters tired of playing third or fourth fiddle to the city’s other premier sports may rejoice – the world’s largest indoor ice facility is coming to Bronx.

Mayor Michael Bloomberg announced plans yesterday to transform the landmarked Kingsbridge Armory into a 750,000-square-foot ice sports facility with nine year-round indoor regulation-size hockey rinks, and athletes on hand for the announcement said the facility will change the face of ice sports in the city and provide hope for the dreams of future Olympians.

“The Kingsbridge National Ice Center will change the sport in the metropolitan area,” said New York Rangers legend and National Hockey League Hall of Famer Mark Messier. “As a New Yorker, I know it will also change this city, providing invaluable educational and athletic opportunity to thousands of young people, and transforming the Bronx into the new center of ice sports in the United States.”

Dubbed Kingsbridge National Ice Center, the facility’s feature rink will seat 5,000 people, host national and international ice hockey tournaments, figure and speed skating competitions and ice shows. Five of the rinks will be located on the main floor and four will be constructed on two elevated platforms positioned 40 feet above the main floor.

At least two rinks will be sled hockey-compatible for people with disabilities, and KNIC Partners, LLC – which won an RFP process to redevelop the site – plans to create a foundation to establish free after-school ice sports and academic tutoring programs for disadvantaged youth, with a goal of providing 12 hours of ice time each weekday during the school year and 9 hours each weekday during summer.

“The educational and fitness initiatives it will create represent new possibilities for so many children, including those who dream of one day becoming Olympic champions,” said Olympic champion figure skater Sarah Hughes, who was on-hand for the announcement. “This is the start of something incredible for the Bronx.”

In addition to the ice rinks, the facility will feature a wellness center, with off-ice training fitness, rehabilitation and sports therapy programs; dressing rooms and lockers with storage for individual hockey equipment; concession space; retail space for ice sport goods; and parking for approximately 480 cars.

KNIC Partners, LLC was selected through a competitive RFP initiated by the NYC Economic Development Corporation in January 2012. It entered into a 99-year lease for the property and will invest $275 million into the redevelopment, according to a statement from the Mayor’s office.

A public and environmental review is underway, with an anticipated groundbreaking in late 2014 and the project will be built in two phases. The first phase is made up of five ice rinks, 50,000 square feet of community space, concessions and parking. It is slated for completion in September 2018, while the second phase is expected to open by September 2019.

“Through this redevelopment the Kingsbridge Armory will now have an interior program befitting its iconic exterior architecture,” said Mayor Bloomberg. “The construction of the world’s largest indoor ice rink facility will create recreational opportunities for millions of visitors and local residents, and most importantly create hundreds of jobs for the local community. This plan is proof that working together we can put aside our differences and do what’s best for the city.”

Built between 1912 and 1917, the Kingsbridge Armory was designed by the architecture firm of Pilcher and Tachau, a shining example of military architecture featuring Romanesque arches, vaulted ceilings, decorative brick and terra cotta, and large battlement towers. It has sat vacant since 1996. 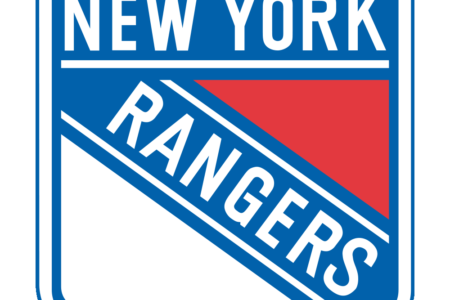