Cops are looking for a short robber who wore a way-too-big-for-him stocking cap in July heat as he snatched a woman’s iPhone in Bronx.

The skinny suspect approached his 46-year-old victim from behind on Tiebout Avenue near E. 181st Street about 2:45 a.m. on July 21, 2014 and snatched her purse with such force the woman fell to the ground, police said Friday.

Police on Friday released surveillance images of the suspect wearing a stocking cap that looked like a shopping bag atop his head. He was described by cops as being white or Hispanic, about 5-foot-2, with brown eyes and short black hair. When last seen he had paired his goofy hat with a blue T-shirt and multicolored plaid shorts. 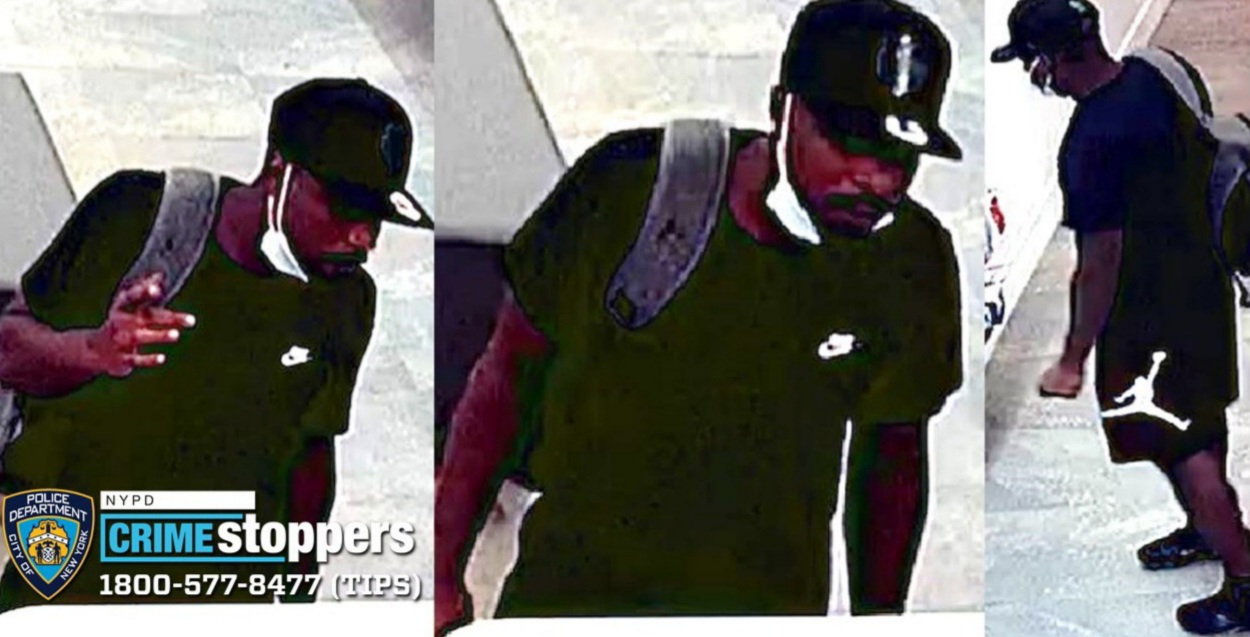