A 27-year-old Bronx, NY, man was fatally shot near his home early Sunday.

Samuel Gonzalez was blasted three times in the torso outside the Betances Houses on Brook Avenue in Hunts Point at about 2:30 a.m., police said. He was rushed to Lincoln Hospital, where he died.

Gonzalez had 23 prior arrests, many drug-related, cops said. Friends on dirt bikes roared past the crowd of mourners outside Gonzalez’s home, popping wheelies in tribute to his favorite pastime.

The shooter was still at large Sunday, police said. 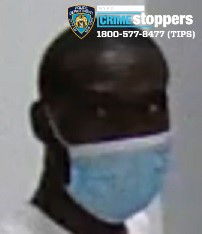