A broad and united group of Bronx community leaders is collaborating to immediately increase food distribution throughout the Bronx and protect Bronx jobs, through an initiative led by The Bronx Community Relief Effort (BxCRE), World Central Kitchen, The Bronx Private Industry Council (The Bronx PIC) powered by HERE to HERE, Bronx Community Board 9, and the Relief Access Program for the Bronx (RAP4Bronx). This initiative is currently distributing 16,000 meals and hundreds of grocery bags per day throughout the Bronx to more than 61 locations and groups, including emergency shelters, communitybased organizations, workers performing essential frontline roles in healthcare and transportation, and residents living in public and subsidized housing. The team aims to continue increasing the volume of food distributed throughout the Bronx to ultimately distribute up to 50,000 meals daily, with additional funding.

This initiative builds on the work of World Central Kitchen, which has distributed thousands of fresh, individually packaged grab-and-go meals to local families and community members at sites in The Bronx and other locations since the pandemic began. The Bronx Community Relief Effort and HERE to HERE have raised $300,000 to support this food distribution effort in The Bronx.

In addition to financially supporting the RAP4Bronx initiative, Urban Edge Properties has donated space at Bruckner Commons, one of its properties in the South Bronx, to store donations and act as a distribution hub for a wide variety of area recipient organizations.

The Bronx Private Industry Council (staffed by HERE to HERE), a collaboration of more than 30 local businesses working to improve talent pipelines, is coordinating with World Central Kitchen, and local restaurant and food distributor partners to immediately increase preparation and distribution of daily fresh meals to 20,000 immediately, with the goal of expanding up to 50,000 meals daily and preserving more local jobs.

“No one should be hungry, and it’s a priority to make sure Bronxites have a meal during this pandemic,” said Assembly Member Michael Blake (79th District, the Bronx). “It’s been a blessing that our staff, along with the teams at Beatstro, Bronx Drafthouse and Bricks & Hops continues collaborating with World Central Kitchen to provide daily meals to Bronxites. We are very grateful for this expanded collaboration with The Bronx Community Relief Effort, HERE to HERE, RAP and many great partners to now reach 20,000 daily meals in The Bronx so that more Bronxites have not just food but a little more hope.”

“The support from The Bronx business community for the people of the borough in this time of unprecedented hardship has been huge,” says Eddie Summers, Executive Director of The Bronx Private Industry Council (Bronx PIC). “This program is serving thousands of meals to Bronx community members, allowing Bronx business employees to get back to work safely, and bringing food and other emergency supplies to people who need them. We look forward to continuing building on this work to bring more meals and supplies to the people of the Bronx.”

“Since 2010, World Central Kitchen has been providing fresh meals to people affected by disasters both natural and man-made,” said Nate Mook, CEO, World Central Kitchen. “We use the power of food to heal and strengthen communities in times of crisis and beyond, and we know that a plate of food is so much more than just a meal. We believe our work in the Bronx, and across New York City, is a reminder to the community that someone cares about them and that tomorrow will be better.”

“The Bronx remains one of New York City’s hungriest boroughs with many Bronx residents experiencing food insecurity,” said Derrick H. Lewis, Senior Manager, EY, and Chair and Convener for The Bronx Community Relief Effort. “Our relief effort is providing the necessary resources to The Bronx while also giving Bronxites the opportunity to get back to work. We are grateful for the partnership with World Central Kitchen, The Bronx PIC, Bronx Community Board 9, and RAP4Bronx.”

“This partnership with our tenant Bronx Community Board 9 is a terrific example of how we can act quickly and get creative to use available resources to support the communities where we have properties,” said Chris Weilminster, EVP and Chief Operating Officer of Urban Edge Properties. “With so much uncertainty, our heritage in essential retail gives us the opportunity to connect help with the helpers.”

York Studios said, “The need for services in the Bronx has multiplied and the private sector has a role to play in meeting that need. We are mobilizing our resources and leveraging our ability to move quickly. In partnership with the Bronx PIC, WCK, CB 9, and Urban Edge, we are identifying the most vulnerable populations in the Bronx and working diligently to provide them with food relief and essential goods.”

John Kalafatis, CEO of Andromeda Advantage, said, “This is a time for creative problemsolving. We are a construction logistics company delegating our professionals to quickly and effectively provide labor, vehicles, supplies and distribution services to this effort. We aim to amplify the impact of RAP4Bronx.”

Liz Neumark, Chair & Founder of Great Performances, said, “The Bronx is defined by activist communities that step up. We are deeply gratified to be part of the effort led by York Studios and RAP4Bronx, to help our hungry neighbors. Making a difference has never been more critical; and nothing is more basic than providing a meal.”

William Rivera, District Manager of Community Board 9, said, “No one in our district should be going to sleep hungry. We are more than a program, we are a family ready to feed the Bronx.”

Junior Martinez, Owner of Bronx Drafthouse, agreed, “This has been a hard time for everyone, especially here in New York. We cannot be more thankful than to be able to help feed first responders, rehire our employees and show that South Bronx Small Businesses are here to stay.”

Thomas McQuillan, Vice President of Strategy, Culture and Sustainability for Baldor Specialty Foods, stated, “We are honored to be working with the World Central Kitchen to support the initiatives that are making sure our first responders and others on the front lines are being fed. We are also happy to know that the program supports those in need in our industry – the food industry — who have been displaced by, or face hardship due to the coronavirus.”

The Relief Access Program for the Bronx (RAP4Bronx) collects and donates meals, food, and essential supplies to help frontline workers, families, seniors, and vulnerable residents throughout the borough. RAP4Bronx was founded by York Studios in partnership with Urban Edge Properties, HERE to HERE, Bronx Community Board 9, The Bronx Private Industry Council power.

About The Bronx Community Relief Effort 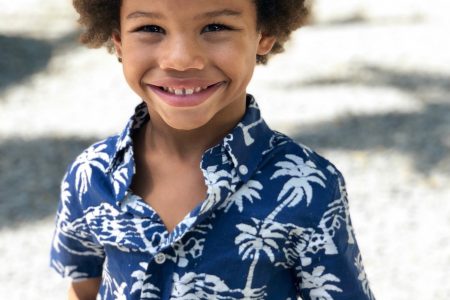 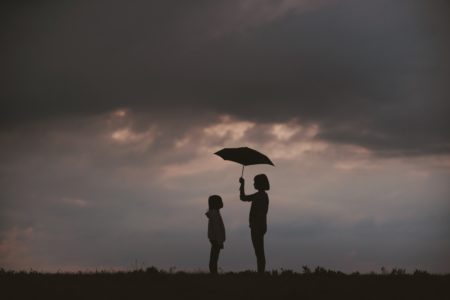