The Mayor and Lyft also announced that Bronx cyclists have logged nearly 100,000 Citi Bike trips to and from over 100 newly installed docks since installation began this spring.

The 149th Street corridor carries four bus routes (Bx2, Bx4, Bx17, and Bx19) that connect to ten subway lines across the Bronx and Manhattan, as well as major destinations such as Hostos Community College, Lincoln Medical Center, and The Hub. 149th Street, where Transit-Signal Priority (TSP) and bus-lane enforcement cameras are now active, is the fourth bus-priority project completed since the Mayor announced the Better Buses Restart plan this June.

“The Bronx deserves faster and more reliable transit options. From faster buses to more bike infrastructure, we are determined to use this crisis to deliver it,” said Mayor Bill de Blasio. “College students at Hostos, health care heroes at Lincoln, and New Yorkers who want access to everything the Bronx has to offer now have better and healthier ways to move around – and we are excited to continue expanding transit options in the future.”

“These needed transit improvements will impact tens of thousands in the South Bronx and make it easier for New Yorkers to get to work or school while reducing congestion,” said Deputy Mayor Laura Anglin. “As we continue to recover from this terrible pandemic we will rebuild this city through some of the hard lessons we learned – and a key part of that includes expanding safe and reliable public transit options.”

“As New York City continues to emerge from the most difficult days of CoViD-19, our commitment to giving New Yorkers a variety of safe and reliable transportation options remain. Buses and bikes have played a critical role in keeping us moving — both in communities hit hard from the pandemic and by essential front-line workers,” said DOT Commissioner Polly Trottenberg. “Better bike and bus options are especially important on critical east-west arteries like 149th Street. We thank our partners at Lyft and the MTA, and look forward to our continued work with them in getting these transformational changes implemented and expanded throughout the city.”

“We know that the key to effective bus service is well enforced bus priority,” said Craig Cipriano, MTA Bus Company President and NYC Transit SVP for Buses. “Buses in the 149th Street corridor are among the slowest in the city, but that won’t be the case anymore. Opening new bus lanes is one of the most exciting parts of my job and I commend DOT for being great partners as tens of thousands of Bronx riders are about to experience the power of bus priority.”

Priority bus improvements include the installation of red painted offset bus lanes, pedestrian islands, turn bays, and loading zones. Together, these tools work to relieve major issues such as congestion, slow bus speeds, double parking, and unsafe weaving and merging. Previous congestion on 149th Street resulted in buses moving at walking speed or slower most of the day, about 4 mph, causing backups across the entire route, sending buses off schedule or causing them to arrive two or three at a time.

Agency officials announced that Transit Signal Priority had been activated along the 149th Street corridor, further helping improve travel times: under TSP, communication between the buses and traffic signals holds green lights longer and shortens the time buses spend at red lights. DOT has worked with MTA to install this technology at over 1,350 intersections throughout the city, with the pace increasing in 2020: since the beginning of the year, over 460 intersections on 14 different corridors have received this treatment, exceeding DOT’s Better Buses goal of 300 intersections per year and 1,200 intersections by the end of 2020.   Bus lane enforcement cameras have been installed along 149th Street. Starting today, drivers will receive bus-lane violation warnings for the next 60 days. Under a state law passed last year, bus-lane camera violations begin at $50 and can escalate to as high as $250 for the fifth violation in a one-year period.

DOT continues to deliver on the mayor’s record-setting Better Buses Restart plan, which aims to increase bus speeds and reliability along major corridors in all five boroughs. The agency has also continued implementing bus priority projects throughout the city, including Jay Street in Brooklyn, 14th Street extension in Manhattan and Hylan Boulevard on Staten Island, totaling 9.1 miles to date, already nearly matching DOT’s 2019 total of 10.7 miles of bus lanes.

Citi Bike in the Bronx

In 2019, at Bronx Borough Hall, New York City announced Citi Bike’s expansion of its docks into all of Manhattan, deeper into Queens and Brooklyn, and into the Bronx for the first time. To date, the borough now has 110 stations, stretching from the South Bronx up to the Cross Bronx Expressway, and University Avenue to Southern Boulevard. So far this year, cyclists have already logged nearly 100,000 trips to and from the Bronx. DOT continues to work with Citi Bike’s parent company, Lyft, on the Phase 3 expansion expected to cover most of the borough within three years.

“The expansion of alternative transportation and increasing public transportation in all areas of The Bronx has been an essential focus during my tenure, including working to connect our borough to the Citi Bike network,” said Bronx Borough President Ruben Diaz, Jr. “The announcement of bike and bus improvements along 149th street is an important milestone for our borough as we make sure our residents have access to safe ways of getting around the Bronx, particularly healthcare workers who are on the front lines of the CoViD-19 crisis. I want to thank the New York City Department of Transportation and MTA for their partnership, as well as Lyft for continuing to invest in The Bronx. I look forward to working with elected officials and community members as this program forges ahead with Citi Bike’s expansion in the Bronx.”

“I thank Mayor de Blasio, DOT Commissioner Polly Trottenberg, and advocates for their work in bringing much-needed resources to the South Bronx. These new bus lanes, pedestrian islands, loading zones, transit signal priority, and bus-lane cameras will all significantly improve the efficiency and reliability of our buses for this community. We must continue expanding dedicated busways, protected bike lanes, and Citi Bike stations into all transit desert areas,” said Council Member Ydanis Rodriguez, Chairman of the Transportation Committee. “We must also continue expanding initiatives that will help make Citi Bikes more accessible to low-income New Yorkers. I look forward to continuing to work alongside Mayor de Blasio, Speaker Corey Johnson, DOT Commissioner Polly Trottenberg, and advocates to ensure we continue bringing these bus and bike improvements into all Immigrant, Black, and Latino communities.”

“The Bronx is home to thousands of students, families, and essential workers who all need access to safe and consistent transportation both within and between boroughs,” said Senator Luis Sepúlveda. “Bus and bike improvements will make our communities more accessible for everyone. I am excited to see how these expansions will give residents more healthy and safe ways to move around the city.”

“To create a more equitable city, New Yorkers need a reliable and efficient transit system that they can depend on to get them to their destination,” said Council Member Rafael Salamanca. “For MTA bus riders, the 149th Street corridor has been the source of much frustration due to traffic conditions that have reduced their commute to a crawl. By implementing dedicated bus lanes and transit signal priority for city buses, DOT is addressing the longstanding concerns of transit riders and advocates. I applaud DOT and the MTA for listening to the community and working together to build a more productive transit network.”

“We are proud to be part of the work to bring greater transportation equity and options to the Bronx,” said Citi Bike General Manager Laura Fox. “We now have more than 110 stations in the Bronx, and in the last few months, Bronx riders have pedaled to and from those stations on nearly 100,000 trips. We are excited for these bike improvements and for Lincoln Hospital to become such a multi-modal transportation hub – we installed the first Citi Bike station in the Bronx here, and have supported Lincoln Hospital critical workers with free memberships for their critical work during the pandemic.”

“Transit improvements have been a long time coming for the Bronx,” said Liam Blank, Policy & Communications Manager for Tri-State Transportation Campaign. “We commend Mayor de Blasio for moving ahead with the Better Buses Restart plan at a time when Bronx commuters are in great need of healthier and more convenient travel options.”

“The 149th Street bus lane is a big step forward for Bronx riders,” said Riders Alliance Organizing Manager Stephanie Burgos-Veras. “In such an awful year, this project honors the service of essential workers and improves basic access to core health services and educational opportunities. It shows that government agencies can be responsive to organized working-class communities and improve people’s lives. Especially now, New Yorkers have so many demands placed on us and fewer and fewer resources accessible to us. On behalf of the members and leaders of the Riders Alliance, I want to thank Commissioner Trottenberg and the staff of the Department of Transportation for all the work invested here that will give Bronxites back some of their precious time. I want to urge Mayor de Blasio to use this next year to help end the Tale of Two Cities by putting more low-income and marginalized communities first on our streets.”

“With the new bus lane and signal priority treatments on 149th Street, NYC DOT is making trips faster and more reliable for Bronxites on routes long plagued by crawling bus speeds,” said TransitCenter Senior Advocacy Associate Ashley Pryce. “The 55,000 riders benefiting from this project each day include hospital staff and other essential workers who have served as NYC’s lifeline throughout the pandemic. They deserve bus service that gets them where they need to go quickly, safely, and on time. We are encouraged by Mayor de Blasio and NYC DOT’s commitment to bringing better buses to the Bronx, and look forward to seeing these improvements replicated for riders across the city as the rest of the Better Buses plan is completed.” 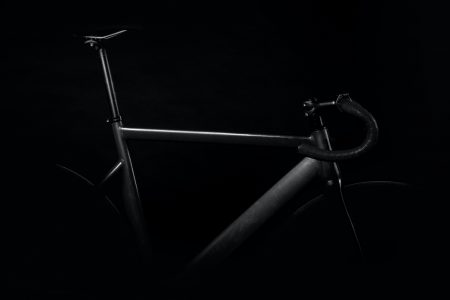 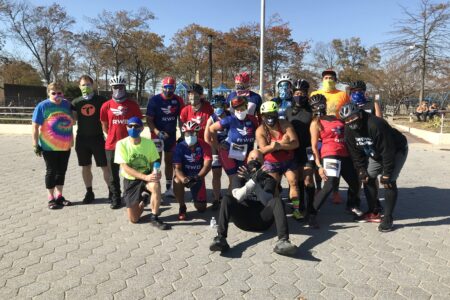