The Metropolitan Transportation Authority (MTA) and New York City Department of Transportation (NYCDOT) today announced the completion of bus priority lanes and related infrastructure on 149 St in the Bronx. The 2.7 miles of bus lanes along the highly-trafficked 149th Street corridor are equipped with transit signal priority (TSP) technology.  New enforcement cameras will help ensure that only buses and other essential vehicles utilize priority sections of the roadway. The corridor is home to four popular bus routes (Bx2, Bx4, Bx17, and Bx19) and runs through some of the busiest destinations in the Bronx, including Lincoln Hospital.

Effective immediately, bus lane enforcement cameras will be activated to monitor the corridor, with drivers receiving warnings for the first 60 days. Beginning in December and pursuant to a state law passed last year, bus lane violations will be issued to any non-essential vehicle using the bus lane. The violations, which start at $50 for a first offense and escalate to $250 for multiple violations, will work in tandem with transit signaling priority, a technology that extends green lights when buses approach and shortens the time buses spend at red lights.

Taken together, the changes are expected to improve bus speeds while reducing travel times for tens of thousands of daily riders. Before ridership dipped as a result of the pandemic, 55,000 customers traveled along the four routes on a typical weekday and the bus speeds were among the slowest in the system.

“The simple fact of the matter is that even during this pandemic, the bus system remains a critical lifeline for more than a million New Yorkers each day,” said Sarah Feinberg, New York City Transit Interim President. “Creating more dedicated bus lanes is a simple yet transformative approach toward alleviating traffic congestion. We know that a car-led recovery will only lead to more gridlock. Bus priority is the most vital ingredient in ensuring that our bus customers get around quicker and more reliably and I am eager to move forward with more projects like the one we are announcing today.”

“I am thrilled at this critical and much needed expansion of bus lanes in the city,” said Craig Cipriano, MTA Bus Company President and NYC Transit SVP for Buses. “We know that the key to effective bus service is well enforced bus priority. Prior to the pandemic, buses along this corridor were among the slowest in the system, with average speeds consistently registering at less than five miles per hour due to heavy congestion as well as rampant double parking. That wasn’t fair to the large number of customers who rely on these routes every single day and I am excited to join forces with our partners at DOT to improve the riding experience and quality of life for so many Bronx residents.”

“We are proud to partner with New York City Transit to bring world-class bus service to 149 St in the South Bronx with dedicated lanes and the powerful tools of transit signal priority and bus-lane cameras,” said Polly Trottenberg, New York City DOT Commissioner.  “Whether you are a heroic health care worker at Lincoln Hospital, a Hostos student, or a shopper at the Hub, you can now count on faster, more reliable bus service.  As part of the Mayor’s Better Buses plan, we will continue to bring better bus service to riders in every borough in the months ahead.”

Dedicated bus lanes have yielded outstanding results throughout the city in recent years. On the popular 14th Street busway travel times have improved by 36% in the last year from pre-busway speed. The improved speeds helped fuel pre-pandemic increases in ridership figures as well, with ridership up 24% on M14 SBS service. In the Bronx, the Bx6 SBS route began operating along a dedicated busway in 2017, with travel times having increased as much as 14%.  Similar increases can be seen in Brooklyn, where select dedicated lanes were launched in 2018.

The MTA has partnered with NYCDOT to install this effective technology at 1,382 intersections throughout the city since2012 and the pace of installation has grown this year. Since the onset of the pandemic, 461 intersections have received this treatment. 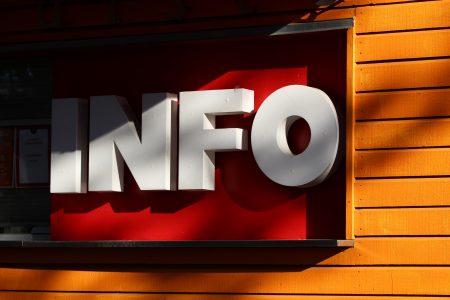