Developers are flooding Bronx with thousands of new affordable units, but it is far from business as usual at a crop of new buildings. New supply is coming online with condo-like amenities such as rooftop farms, breweries, concert halls and more.

With some of the only affordable land left in the city, the borough is drawing developers eager to scoop up available development sites. And with condo prices softening across the city, some major sponsors are keen to expand their affordable housing game.

“Affordable housing may have relatively modest rewards, but it also has modest risks, and that’s good place to be sometimes,” Douglaston Development’s Jeff Levine said. Douglaston is building Crossroads Plaza, a three-building, 425-unit complex in Mott Haven that will have a 20,000 square foot public plaza.

With 5,000 affordable units in the pipeline in South Bronx — which has also seen a frenzy of market rate development — competition is heating up for land and sites.

Among the new projects is the Peninsula, a five-building complex with 740 affordable units, a bakery, brewery and 21,000 square feet of stores at the old site of the Spofford Juvenile Center in Hunts Point. The $300 million project is being developed by Gilbane Development Co., Hudson Companies and Mutual Housing Association of New York.

At the Hub, a multi-lot retail area in the Melrose neighborhood, seven developers competed for the right to build housing. La Central, a five-building, 992-unit project with a 50,000-square-foot Y.M.C.A., rooftop telescope and rooftop farm, prevailed.

“Proposals have gotten so much more interesting,” said Aaron Koffman of Hudson Companies, which is developing the $450 million La Central project with BRP Companies, ELH-TKC, Breaking Ground and Comunilife. “It’s no longer just housing with retail on the ground floor and a community partner.” 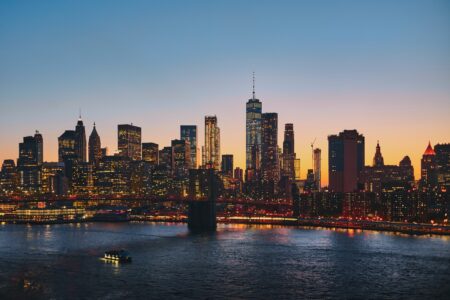