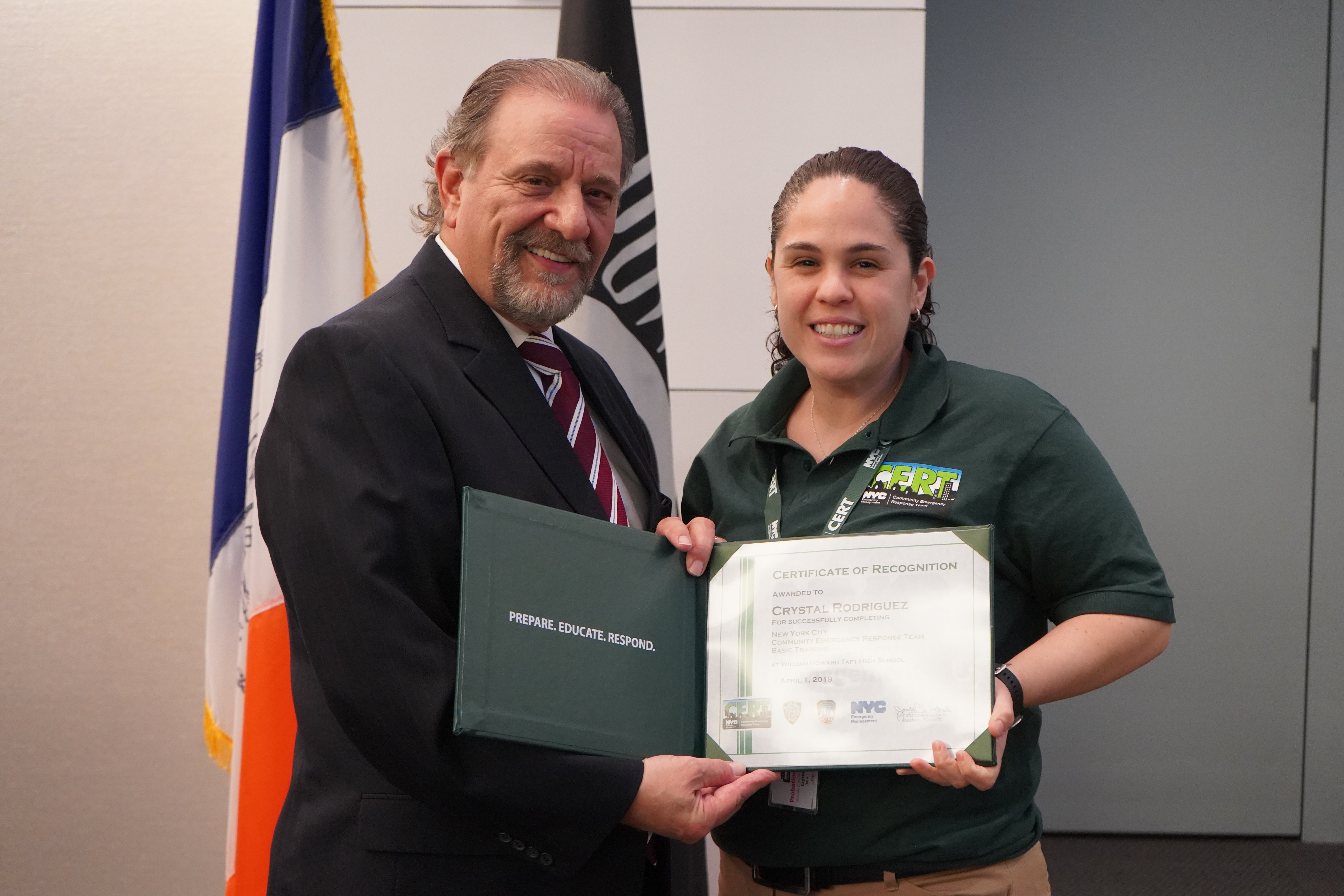 “CERT volunteers are an asset, not only to first responders but the entire community,” NYC Emergency Management Commissioner Joseph Esposito said. “These 11 Bronx graduates will be joining a proud group of CERT members who are ready and willing to help their friends and neighbors prepare for emergencies.”

“The training was eye-opening because I learned simple things I could do to protect my family and community,” Bronx CERT Graduate Geneva Wilson said. “I now have the confidence to assist others during an emergency, and that is very gratifying,”

This is the 33rd basic training cycle since the New York City CERT program launched in 2003. The graduates participated in a 10-session training course, which began in February. Eleven of the graduates joined Community Emergency Response Teams in Bronx. In addition to the eleven CERT graduates joining Bronx teams, 11 will be joining Manhattan teams, five will be joining Brooklyn teams, and 17 will be joining Queens CERT teams. NYC Emergency Management also awarded 45 CERT members for completing more than 100 hours of volunteer service in 2018.

“I’m a criminal justice professor at Bronx Community College and I decided to join CERT so that I could encourage my students to become active in their communities. We all hope emergencies do not happen, but they are a reality and it is important that we not only prepare as an individual but also as a community,” Bronx CERT Graduate Crystal Rodriguez said.

For more information about the CERT program, or if you are interested in becoming a CERT volunteer, call 311 or visit here.