Bronx River Art Center (BRAC) is pleased to present Acting Out, a group exhibition guest curated by Erin Riley-Lopez, opening on December 3rd, 2010. The exhibition, which runs until January 8, 2011, is the second in a series hosted in our temporary location “On the Block” at 305 E 140th St. #1A, Bronx, NY while we undergo a 7 million dollar renovation to our West Farms facility.

There is an extensive history of museum, notforprofit, and gallery exhibitions devoted to video and performance by women artists especially
in recent years when feminist art is once again at the forefront of contemporary art discussion. Acting Out is positioned within this history to further the discussion of feminist art.

Acting Out features: Danielle Abrams, Shana Moulton, Jill Pangallo, Wanda Raimundi-Ortiz, Karina Skvirsky, and Maya Suess. The exhibition focuses on these women artists, all based on the east coast, working in video and performance since the 1990s. Each of the artists
embodies characters in order to discuss personal or collective histories. This work finds its historical precedents in much of the performance and video art produced in the US during the 1970s, including consciousness-raising methods used by Judy Chicago at CalArts and Fresno
State as well as the work of Eleanor Antin, Lynn Hershman, Martha Wilson and Jacki Apple, Linda Montano, and Adrian Piper. Utilizing techniques such as role-playing and dress-up, the artists in this exhibition construct personas and narrative, in some cases creating elaborate lives for their characters in order to comment on race, gender, identity, and representation.

The artists deliberately perform—in front of a camera, before an audience, or both— acting out their narratives and characters. Costuming, location, props, among other elements, play an especially important role in these videos as they provide the foundation for the entire scenario
that is performed by the artists. Regardless of their strategies—which range from quiet interior reflection without monologue or dialogue to more assertive questioning and discussion—they all share a keen interest in tackling normative societal structures, traditional hierarchical roles, and what it means to be a woman. Using strategies of monologue and comedy in her performances, Danielle Abrams often channels relatives, such as her grandparents, or versions of herself, as a way to discuss her gender and bi-racial heritage. In the episodic Whispering Pines, Shana Moulton’s character Cynthia negotiates the domestic sphere. Jill Pangallo interacts with an identical My Twinn doll commenting on the commodification of identity. Chuleta is Wanda Raimundi-Ortiz’s stereotypical Puerto Rican character who explains art historical terms and
movements. Reciting a poem that her mother read her as a child warning of the issues of miscegenation, Karina Skvirsky embodies a 1960s female persona. Maya Suess—evoking classic 1960s Motown girl groups in her music video—uses the power of a spell to question the
male gaze.

Erin Riley-Lopez received her M.A. from the Center for Curatorial Studies at Bard College (2005) and her B.A. from Sarah Lawrence College (2002). Erin was a curator at The Bronx Museum of the Arts from 2005-2009 where she curated collection based and annual Artist in the Marketplace (AIM) exhibitions. Her exhibitions include, Collected: Working Space 10 at Cuchifritos, New York (2010); Untitled at The Center
for Worker Education, CUNY, New York (2010); There Goes My Hero, at The Center for Book Arts, New York (2009); and the forthcoming Privacy Please! at AIR Gallery, New York (2011). In addition to writing exhibition essays for Bronx Museum publications, her articles and reviews have appeared in might be good…a project of fluent ~ collaborative, Austin, Texas and Bootprint a publication of Boots Contemporary Art
Space, St. Louis, Missouri. Erin has also served as a guest blogger for art:21 and her essay appeared in the Joan Mitchell Foundation 2009 MFA Grant Recipients exhibition catalogue. Erin is currently an independent curator and lives in Los Angeles.

The Bronx River Art Center (BRAC) is a culturally diverse, multi-arts, non-profit organization that provides a forum for community, artists and youth to transform creativity into vision. Our Education, Exhibitions, Artist Studios, and Presenting programs cultivate leadership in an urban environment and stewardship of our natural resource—the Bronx River. 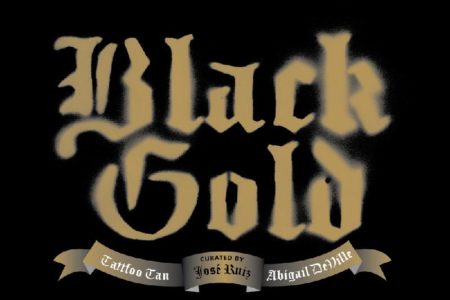