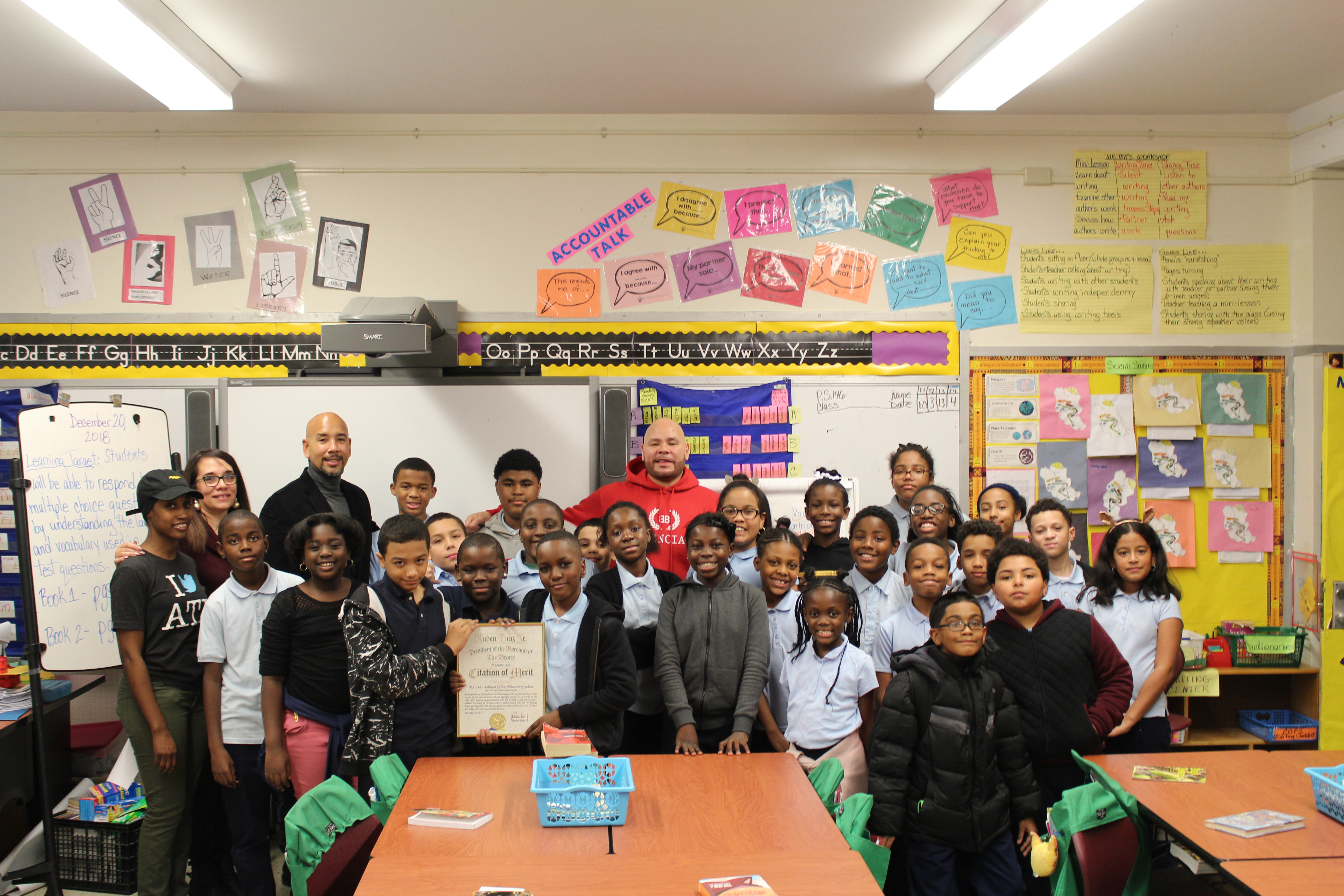 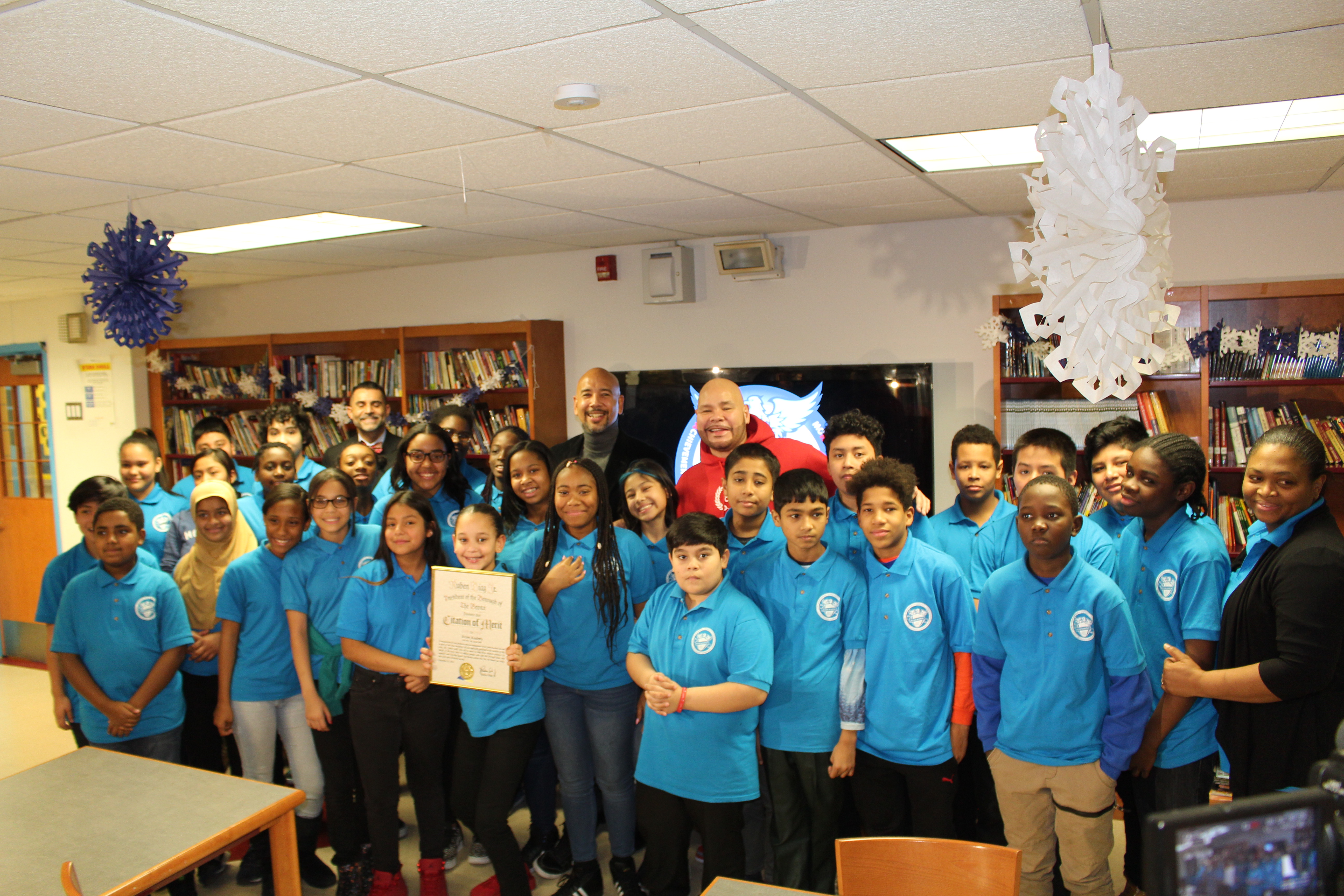 Administrators at each participating school—P.S. 146, M.S. 123, Accion Academy and I.S. 217 School of Performing Arts—chose one class which had been “most improved” academically from the start of the competition. Those students learned of their victory today and each received a brand new pair of sneakers from Fat Joe, a Bronx native, in recognition of their achievement.

Students in each class participated in this initiative from mid-October through the remainder of the Fall marking period. They were tasked with working together to improve overall outcomes within their classroom based on a variety of factors including student engagement, attendance and total number of books read, among others.

“These kids are seeing today that hard work really pays off and that with focus and intent they have the power to improve their academic performance. Having their schoolwork praised by a musical superstar who looms so large in our borough adds to our message that it is cool to get good grades and it is something they should aspire to, even outside of this competition. For a lot of these students, it was the push they needed to try harder in school,” said Bronx Borough President Ruben Diaz Jr. “I want to thank Fat Joe for everything he has done for Bronx and its students, and for partnering with my office on this initiative.”

“I came from The Bronx and I was the class clown, but I loved sneakers so much that I know if we had had a contest like this my grades would’ve improved. Its Christmas time but this isn’t a Christmas gift, because the kids worked hard to make this happen. I want take these results to sportswear brands so we can prove that initiatives like this really work and other students can do this in New York City,” said Fat Joe at the event. “I couldn’t be more proud to work with Borough President Diaz and his office to make this happen.”

Fat Joe also announced at the event that the initiative would continue at the four schools through the next semester.