Now that the heat of the election campaigns and the ferver of the victory has subsided, what would one think Bloomberg’s legacy in the Bronx is after his two terms as a Mayor of New York City?

In the years passed, Bronx saw some new housing and commercial development, although not on the same scale as Brooklyn did in the same period.

The boom years mostly passed the Bronx by – its residents are still among the poorest in the country.

Millions of public dollars were used to build a new Yankee Stadium, but South Bronx residents did not benefit from the deal. Instead, they just saw their parks vanish. The Bronx also has a new, fortress-like mall, inhospitable to neighborhood residents who do not own a car, which is the case for 58 percent of Bronx households. Instead of economic opportunity streaming from the conversion of Kingsbridge Armory, it seems they will only get minimum-wage, no-benefits jobs.

In addition, unemployment has hit the city’s African American population especially hard, with rates four times higher than other groups, resulting in less than one in four African Americans voting for Bloomberg.

No wonder the bilionaire failed to win the majority of votes in the Bronx. 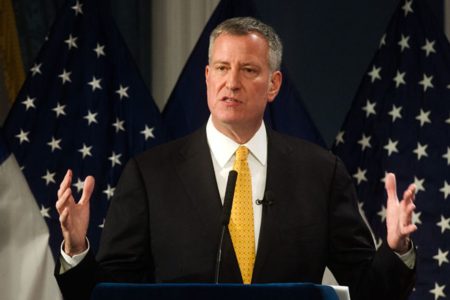