Bicycle Sundays are back. Starting Sunday, May 5, both directions of a 6.5-mile stretch of the Bronx River Parkway will be closed to vehicular traffic and turned into a suburban cycling haven.

An annual tradition since 1974, Bicycle Sundays is one of the region’s longest-running recreational programs. Last year, about 60,000 bicyclists, joggers, walkers, scooters and strollers navigated the stretch from the County Center to Scarsdale Road in Yonkers, according to Peter Tartaglia, the deputy commissioner for Westchester County Parks, Recreation and Conservation.

He also noted that the Bronx River Parkway was the earliest parkway to start construction, in 1907.

Bicycle Sundays will run from 10:00 a.m. to 2:00 p.m. every Sunday in May and June, except for May 26. It will pick back up and run at the same time on Sundays in September, except for September 1. There are no Bicycle Sundays events in July or August; this has been the case for about 20 years, because of budgetary concerns and much lower participation during the middle of the summer, when many cyclists are away on vacation, Tartaglia has said.

Tartaglia said the event also helps stimulate the economy for regional restaurants and other small businesses, which benefit from visiting cyclists who stop by to buy breakfast, lunch or other items.

Of course, the cyclists themselves also enjoy the event. The ability to get on and off the parkway at different locations makes Bicycle Sundays equally appealing to families, amateurs and serious bikers, Tartaglia said. It is also appealing to bikers who do not live near the parkway but choose to park their cars in the County Center’s east lot in White Plains for $5.

Cost: Free to attend; $5 to park a vehicle at the County Center’s east parking lot in White Plains

Entry and exit points along the Bicycle Sundays route (north to south): 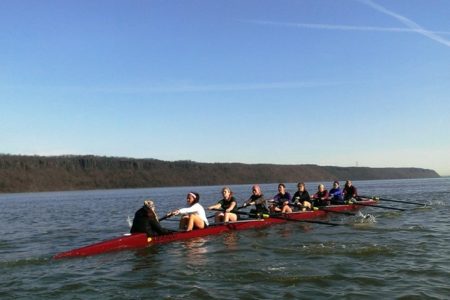