The Economist is referring to the Greek financial crisis. Readers of my last piece Privatize the Gains, Socialize the Losses must know what I think of The Economist’s recommendation.

It enshrines moral hazard as an operating principle in global finance. Greece, population eleven million, the world’s twenty eighth largest economy, is now too big to fail. The Economist is wrong.

Here are some choice quotes on Greece from the same Economist. “Nothing would encourage reckless spending like the knowledge that other countries would step in. Greece is especially undeserving.” Or, “Blatant Greek fiddling with the national accounts to disguise government borrowing has shot to pieces the country’s credibility.”

How bad does it have to get? What does a country have to do not to deserve a bailout?

In a recent piece about Dubai, The Dismal Optimist offered some unsolicited advice to Abu Dhabi. Essentially that was don’t get rolled by your free spending brother emirate and its bankers. Similar unsolicited advice is hereby proffered to the European Union: Default may not be inevitable but if it comes to this, LET GREECE DEFAULT.

But Won’t the World Come to an End?

There are two interrelated risks that admittedly intelligent people are making in favor of a Greek bailout. The first is that contagion will set in and soon the other PIIG nations – Portugal, Italy, and Ireland – will soon be forced to default themselves. (The acronym PIIG has almost instantly become part of the global financial lexicon but of course is derogatory. This prejudice against pigs is unfortunate. I am told by a lady whose university was shut down and who was sent to the farm to feed pigs in North China during the Cultural Revolution, that pigs are actually affectionate and warm animals.)

The second risk is that a mass of defaults by the PIIGs will destroy the euro. The naysayers on the euro have been waiting for years for something like the PIIG crisis to happen.

My own view is that these risks are overblown. The euro offers a huge value added and is a masterpiece of productivity enhancing financial engineering. It replaced a gaggle of confusing European currencies and has helped integrate Europe’s capital, goods and tourist markets. It is an international reserve currency, ranking right behind the dollar. It won’t die so easily.

It might be worth looking at another series of defaults from the past that did not result in the breakup of another monetary union.

The Past Is Never Dead. It’s Not Even Past.

The above title is quote from William Faulkner. Faulkner was a native Mississippian. In 1841-1842, Mississippi plus Pennsylvania, Maryland, Arkansas, Louisiana, Michigan, Illinois, Indiana and the then Territory of Florida defaulted on their foreign debts. This of course had repercussions for the United States Government itself plus the other non-defaulting states. “You may tell your government,” lectured Baron James de Rothschild to an American in 1842, “that you have seen the man is at the head of the finances of Europe, and that he has told you that they (the US Treasury) cannot borrow a dollar, not a dollar.”

The defaulting states had both borrowed on their own account and guaranteed borrowings for the construction of canals and the funding of new banks. It was a period of infrastructure building for the new country which was capital short and needed foreign capital to augment its own savings. Being shut out of European capital markets imposed a penalty on the United States although in those days the Federal government usually only borrowed for wars. Rumors spread that Great Britain would go to war with the United States if these debts were not honored. The issue of a Federal bailout was debated in Congress. The Federal Government in the 1790s under Treasury Secretary Alexander Hamilton’s direction had assumed the state debts run up during the American Revolution. But the Federal Government did not bail out the defaulting states in 1842. And there was no war. And the IMF was nowhere in sight. Life went on.

It should be kept in mind that in 1842 the pre Civil War United States was a more decentralized place and states’ rights had real meaning. While unlike the European Union the United States was one country, in many ways it was organized in relatively loose fashion with no central bank. Defaults by eight states and one territory could have produced a fragmentation of what was then a still fragile monetary and political union. Of course the foreign debts of the states were payable, not in a fiat currency like today’s euro, but in sterling, or guilders, which were redeemable in gold, or in gold or silver itself.

The fragmentation didn’t happen. Yes the Federal and state governments as well as private companies were shut out of the European markets for several years. Certain states, notably Mississippi, repudiated their debts, leaving bitterness in London – perhaps equivalent to that following the 2002 Argentine bond defaults – which persisted for many years. But other states, notably Maryland and Pennsylvania, remedied their defaults and became current. By 1848 things changed for the better and European investment was flowing in again. Admittedly the United States caught a few breaks. Revolutions in Europe in 1848 generated flight capital looking for a home in the New World. And the US, its territory vastly expanded due to its victory in the war with Mexico, had the good luck of having gold discovered in 1848 in newly acquired California. And the new railroad network being built out to serve the vast new country offered Europeans attractive returns.
The assumption of the worriers has been that a monetary union like the euro couldn’t hold if its weaker profligate members defaulted. The partly analogous experience of the US in the 1840s gives one example where this wasn’t true.

The financial media seem to be making the assumption that some type of bailout, either by the IMF or Germany and France, will happen. We’ll see. The European Union may not be thrilled about an IMF bailout, with its usual conditions and interference with national sovereignty. But there are no bailout mechanisms set up within the EU. Many are expecting Germany and France to step up and rescue Greece. But that’s tricky. A bailout particularly by Germany might not be welcome in Greece. In a passage bordering on the politically incorrect, The Economist quoted an “unnamed economist” who said, “If Germany steps in, there will be people on the Athens street who will say the Wehrmacht is back.”

Citizens of defaulting countries or states often harbor tremendous resentment against their creditors. Biting the hand that fed them is normal procedure. Bailing out Greece will not win a popularity contest, either for the IMF or Germany. According to economic historian Mira Wilkins, “Mississippi, which once had feted European buyers of its securities, defiantly refused payment of its debt and condemned ‘foreign’ interference. Its governor declared in January 1842 the ‘sacred truth that the toiling million never shall be burdened with taxes to support the idle few.’” (See Mira Wilkins, The History of Foreign Investment in the United States, p71)

The idle few the Governor was referring to were the wealthy nobility of Europe who were major (but not the only) investors and the Rothschilds who had arranged many of these loans. The Governor – who was infelicitously surnamed Mc Nutt – went on to say that the state would not have Rothschilds “make serfs of our children.” (This actually would have been a step up for more than half the children in his state who at that time were slaves.) Today the idle few will be the IMF or any EU government that bails out Greece but insists at least an attempt to bring fiscal discipline.

The markets have been selling the euro and buying the dollar. A bailout if it does happen in the short term will reverse this.
Interestingly, during the crisis the market has been selling gold as well. Despite all of its problems and indeed similarities between the United States and Greece in terms of fiscal profligacy, the dollar – not gold – has been the choice investment of safety. Fiscal problems in California, New York, Connecticut and other states loom on the horizon. They are already asking for bailouts from the Federal government. Perhaps they should go to the IMF.

In the short term, gold might have been overbought anyway. Admittedly, it is a bad technical indicator when Ollie North is appearing daily on Bloomberg to advise investors to buy gold. 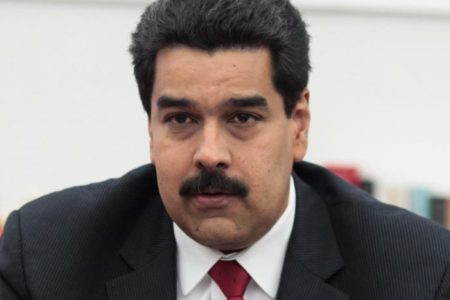 Venezuelan President Sees Many Plots To Kill Him