Bronx Charter School for Excellence (BCSE) announced today it was named one of only 269 schools to win the 2012 National Blue Ribbon Schools Award – the U.S. Department of Education’s highest honor for schools across the country.

Following nearly a ten-month selection process, BCSE met an extensive set of criteria evaluating the school’s performance over a span of five years. Since 1982, the U.S. Department of Education has sought out and honored the top 3% of national schools (public, private, charter, and magnet) that strive for the highest level of achievement, including those that beat the odds. BCSE is one of only three charter schools in the entire state of New York that garnered the honor this year.

“Our nation has no greater responsibility than helping all children realize their full potential,” U.S. Secretary of Education Arne Duncan said. “[But] great schools don’t happen by chance. Great schools happen by design. The National Blue Ribbon Schools are the best of what our country has to offer. They are models for schools across the country.”

The Blue Ribbon award is quite a success story for a school that once was itself in danger of failing, and successfully turned around its performance in less than two years. Today, BCSE is ranked #1 in test results among all charter schools in New York City, and boasts the highest-ranking test scores among charters in the State of New York, with an overall combined score of 90.6% for grades 3-7 (95.1% in Math and 86.1% in English Language Arts). The school has successfully overcome the odds, despite a large majority of its students coming from disadvantaged backgrounds – 77% of BCSE’s student body qualifies for the federal free and reduced lunch program.

BCSE credits its success to focusing on excellence in several key areas, including curriculum and literacy; teacher/leadership training and development; parent engagement; and innovation and creativity. To date, BCSE has shared its Excellence Model informally with dozens of public, private and charter schools across the country and is involved in the Teacher Incentive Fund Partnership for Innovation in Compensation program, as well as a more recent collaboration with the University of Vermont’s Stern Center for Language and Learning around early literacy initiatives – all in its collective and continued quest to help improve struggling schools.

“We’re honored to be recognized as one of the top schools in the country as a result of the hard work of our team and our scholars,” said BCSE Head of School, Charlene Reid. “We believe that all children and all schools can succeed and by working together and sharing BCSE’s approach to better learning, we can collectively address the urgent need to improve education in our country.”

The National Blue Ribbon Schools Award announcement comes on the heels of national and state debate about how to address failing schools, and as leaders in education – such as The Gates Foundation – seek new ways for educators to work together through programs like their Collaboration Compacts to collectively improve the U.S. education landscape. Even conservative estimates show that the U.S. now has its highest proportion of “failing” schools since the No Child Left Behind Act was signed into law in 2001, rising from 39 percent in 2010 to 48 percent in 2011.

“Most successful charter schools replicate and given our results, BCSE has had a lot of pressure to do the same,” said Joyce Frost, Chair of the Board of Trustees at BCSE. “However, we believe that working collaboratively on a more formal basis with other school leaders who can leverage off of the BCSE model will have a much broader impact over a shorter period of time than opening school after school, which can be a significant drain on scarce resources.”

About Bronx Charter School for Excellence
BCSE is ranked the 4th highest performing K–8 public school in New York State, which includes all traditional public schools and charter schools. Located in Parkchester, it offers a challenging academic program complemented by parent-driven initiatives, school-wide events and an extensive extra-curricular offering. BCSE has received an A in NYC Department of Education Project Reports for the last four years. 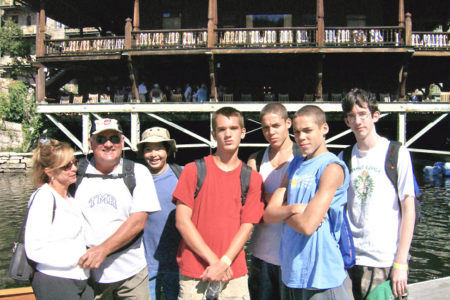