The cafeteria workers of Bronx Community College found themselves without a job last Friday, February 25, 2011, when food service management company CulinArt, the workers’ employer, lost the contract to run the BCC cafeteria.

These workers have spent as many as 15 years working at the college cafeteria. They have received no assurance of continued employment with the vendor that is replacing CulinArt, despite pleas to the B.C.C. senior administration to make rehiring the workers a condition of operating the cafeteria.

“We are devastated because we don’t know if we have a job at the end of the month,” said Victor Benitez who has been working in the cafeteria for four years. “No one is telling us anything…If I lose this job and my kids get sick, how will I get them medicine?”

The students and faculty of Bronx Community College have enthusiastically thrown their support behind the workers. The Student Government Association and the Professional Staff Congress (the faculty union) have both passed resolutions in support of the workers’ fight to keep their jobs.

At noon on Tuesday, March 1, 2011, the students, faculty and Bronx community will get another chance to express their support for their college cafeteria workers. The location is Bronx Community College main entrance at University  Avenue, near 181st Street.

For more information, please contact Ian Mikusko at 734-717-4712 or imikusko@unitehere.org. 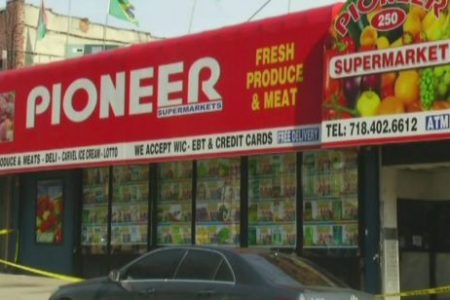