On a crisp mid-October morning in the northwest section of Bronx, a weary middle-aged woman lifted one tray after another filled with colorful cupcakes, creamy cheesecakes and pieces of baklava, a honey-soaked Mediterranean delicacy, inside their glass display racks.Flags flanked the “Grand Opening” sign outside the shop on 204th Street and Bainbridge Avenue in Norwood.

“Welcome back. We missed you,” said one elderly woman tenderly to Mirdita, after ordering a fresh loaf of Italian bread.

Two mysterious fires within a seven-month period had destroyed the family-owned Bainbridge Bakery in 2009, an iconic part of Norwood’s business section since 1981.

For the owners, husband and wife team Ana and Tony Mirdita, the bakery’s reopening ended their arduous struggle to keep doing what they’ve done since moving to New York from Montenegro more than 30 years before: provide Bronx residents with freshly-baked breads and sweet pastries.
“It’s so far so good,” said Mirdita, softly. “I think we will do well again. If God’s willing, everything is going to be all right.”

It was no wonder why Mirdita was saying her prayers. Luck was against the couple two years earlier, when a five-alarm fire destroyed 10 businesses along Bainbridge Avenue, gutting their bakery. She and her husband Tony, 62, a baker trained in Montenegro, were days away from reopening.

“We lost $1 million in the second fire. We lost everything,” said Mirdita, who looked stressed even on this more festive day. “It was a big mess.”

Police eventually arrested a nearby diner owner, charging him with insurance fraud and hiring an arsonist. But it wasn’t enough to help the Mirditas. They didn’t yet have fire insurance. Having already taken out an additional mortgage on their home to invest in the bakery, the couple was left with nothing, and were forced to shut it down.

Losing their livelihood was agonizing, Mirdita said, adding that  the small business bureau and a local bank refused to help them rebuild.

“It was especially hard for my husband,” said Mirdita, adding that Tony, who is an ethnic Albanian, was hospitalized several times due to stress-related health problems.

Other businesses along Bainbridge Avenue had received a token of $1,000 from the city’s Department of Small Business Services after the mysterious first fire, but nothing after the second fire, said a local official.

“They didn’t receive any direct financial support,” said Fernando Tirado, district manager for Community Board 7. “I think maybe they had false expectations about what small business services would provide in the long-term.”

Instead, the couple turned to family and friends, who loaned them $350,000 to open up a new shop, Ana’s Bakery, last year in Williamsbridge on the Pelham Parkway.

But the troubles didn’t stop there. The Mirditas soon found out that the loyal customers of Norwood did not follow them to the new location.

“I come here, biggest mistake of my life,” said Tony, from the Williamsbridge bakery a couple of weeks ahead of his Norwood reopening. “There’s no business. There’s no customers. The rent is high over here.”

When a shop beside the still vacant lot that once held their Bainbridge Avenue bakery became available earlier this year, the couple jumped at the chance to move back. The Mirditas borrowed another $80,000, hoping that this third return would be their last.

The diner owner was charged with arson in the second fire. Mohammed Quadir, 51, is expected in court on November 22 of this year. The Mirditas said they were not following his case and barely knew Quadir before the fires.

Meanwhile, residents said they are ecstatic that the bakery has returned to its roots in Norwood, especially since many of the stores destroyed in the 2009 fires were never rebuilt.

“I’m pretty excited to have the bakery back,” said Greg Jost, 35, deputy director of a housing advocacy group and resident on nearby Rochambeau Avenue. “It’s still a pretty big drag to have a big vacant lot here, but I’m happy they are coming back.”

As to why the stalwart couple has never considered finding other ways to make a living, Ana Mirdita made it clear that the bakery business is in the family blood. One of her three children can often be found baking through the night, she said. He is expected to take over the business at some point. However, it’s Tony’s devotion to the delicate art of creating tarts, pastries and cakes that has kept the family going.

“He’s a baker all his life,” said Mirdita lovingly of her husband. “It’s his baby.” 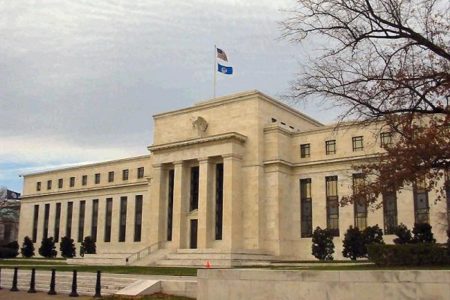