New York Attorney General Letitia James today joined a coalition of 14 states in moving to protect Liberians who are beneficiaries of Deferred Enforced Departure (DED) from deportation. Attorney General James and the coalition filed an amicus brief in support of the plaintiffs-appellants in African Communities Together v. Trump, who have asked the U.S. Court of Appeals for the First Circuit to reverse the federal district court’s dismissal of their lawsuit.

“Liberian immigrants are essential to the economic and cultural make-up of New York and this nation,” said Attorney General James. “Each individual and each family deserves a pathway to citizenship for the country they view as their home, instead of being forced to move to an unfamiliar, unsafe place. I am proud to join this coalition to push back against the Trump Administration’s attempts to terminate the lawful immigration status of long-term residents who came to America seeking safety and protection.”

As DED-holders, Liberians are not subject to immigration detention and removal and can legally reside and work in the United States. Many have lived in the United States for decades, building families, participating in the workforce, and contributing to their communities. Attorney General James and the coalition argue that the Trump Administration’s attempt to terminate DED for these long-term residents of the United States would force them to return to dangerous conditions in Liberia.

The coalition also argues that terminating DED for Liberians would harm their states by putting at risk the welfare of thousands of children born to Liberian parents but raised in the United States. In addition, they argue that their states’ economies and communities, to which Liberians make valuable contributions — particularly in the fast-growing and under-staffed fields of health care and social assistance — would be harmed by terminating DED.

DED is an immigration program authorized by the President that allows foreign nationals whose countries have experienced armed conflict, civil unrest, natural disasters, or public health crises to stay in the country lawfully.

Liberian nationals have been protected by either DED or Temporary Protected Status since 1991, and continuously by DED since 2007, following the outbreak of civil war in Liberia in 1989 that led to many Liberians fleeing for safety to the United States. Liberia also suffered the largest outbreak in history of the Ebola virus. Some Liberian immigrants have been beneficiaries of DED for more than two decades. Until now, all presidents have extended DED for Liberians.

Timeline of the case

On March 27, 2019, one year to the day after the President’s directive and four days before DED for Liberians would have been terminated, Attorney General James joined a multi-state group of 10 attorneys general and filed an amicus brief in support of the plaintiffs’ motion to enjoin the President from ending DED protections. A hearing on the motion was scheduled for the next day, March 28. On the day of the hearing, President Trump issued a new directive that extended DED protections for one more year, until March 31, 2020.

On July 1, 2019, the Trump Administration moved to dismiss the plaintiffs’ lawsuit. On August 2, Attorney General James joined 13 state attorneys general in opposing the motion to dismiss.

On October 25, the district court concluded that the Liberian plaintiffs have suffered injury because of the substantial risk that termination of DED will lead to deportation. However, because the court also ruled that it had no ability to order President Trump to extend the deadline for ending DED, it dismissed the suit.

In the amicus brief filed today in support of the plaintiff-appellants’ appeal of the dismissal of the suit, Attorney General James and the coalition argue that the district court erred in dismissing it because the court could have enjoined the Secretary of Homeland Security from implementing the President’s directive. Indeed, the President’s directive explicitly stated: “I hereby direct the Secretary of Homeland Security to take appropriate measures to accomplish … [t]he termination of DED for all Liberian beneficiaries effective March 31, 2020.” 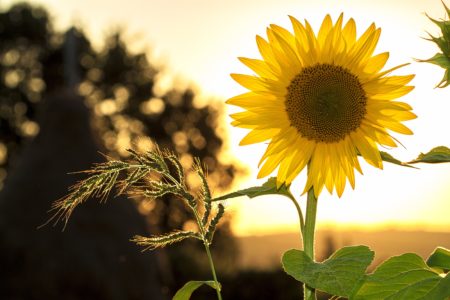