New York Attorney General Letitia James today announced that she has resolved her lawsuit against the parent company of New York Sports Clubs (NYSC) and Lucille Roberts for unlawfully charging monthly dues to members and for partaking in a variety of illegal and fraudulent practices involving consumers’ cancellation rights during the coronavirus disease 2019 (CoViD-19) pandemic. If approved by the court, the agreement with Town Sports International (TSI) could make $250,000 available in the future for potential restitution to affected New York gym members who were charged for gym services that were not available to them.

“From the beginning of my office’s investigation, I have made clear to New York Sports Clubs and Lucille Roberts that the CoViD-19 pandemic would not give them a free pass to violate the law and take advantage of members,” said Attorney General James. “A public health crisis did not give these gyms license to lift up their finances through unlawful charges. Today’s agreement holds the former parent company for these gyms accountable and brings us one step closer to recovering a $250,000 bond posted by the parent company for potential distribution to members harmed by their unlawful practices.”

On March 16, 2020, all health clubs were ordered closed in an effort to stop the further spread of CoViD-19. The vast majority of gyms and health clubs in New York responded by committing to freezing memberships at no cost until the clubs reopened, some going even further by promising to automatically credit consumers for days the clubs were closed. However, NYSC and Lucille Roberts refused to do the same, and, instead, continued to charge some members membership dues and refused to honor some cancellation requests — imposing fees and conditions on cancellation and freeze requests even though all clubs were closed. In April, Attorney General James sent a letter to TSI, demanding immediate changes to the unlawful manner in which TSI responded to the mandatory closing of gyms and health clubs.

Despite overtures that the company would change its practices, it did not. As a result, in September 2020, Attorney General James sued TSI, alleging that NYSC and Lucille Roberts clubs violated numerous New York state laws by charging consumers membership dues for services not being offered; failing to issue credits as promised; imposing unlawful fees and advance notice requirements on cancellation requests; misleading consumers about their rights to cancel their memberships; and refusing to honor cancellation requests. As part of her lawsuit, Attorney General James sought to recover a $250,000 bond the company had posted in 2015 pursuant to a provision of the New York Health Club Services Law. The law requires all gyms to post a bond to provide a source of recovery for members if the gym files for bankruptcy or violates the law. The bond is currently being held by a third-party bond company.

Days before Attorney General James filed her lawsuit TSI filed for bankruptcy. In November 2020, the bankruptcy court approved a transaction that allowed a third-party to purchase TSI’s assets without assuming liability for any of TSI’s conduct prior to the transaction. The bankruptcy court order also required TSI’s remaining assets to be sold and for the company to be shut down. The transaction closed on November 30, 2020, and, since that time, all gyms branded New York Sports Club or Lucille Roberts have been purchased and are now operated by a different company. TSI no longer has any role in owning or managing NYSC or Lucille Roberts gyms.

TSI’s agreement with the Office of the Attorney General (OAG) requires the company to forfeit all rights to the $250,000 bond and to assist Attorney General James in obtaining the bond from the bond company. Attorney General James plans to use the $250,000 bond to provide potential restitution to affected members. NYSC and Lucille Roberts members who were improperly charged during the pandemic or denied requests for cancellation can still file complaints if they have not already done so on the OAG’s website. Consumers are encouraged to submit any documentation they have along with their complaints.

TSI no longer owns or operates any health clubs in New York or across the country and will soon cease to exist.

Today’s agreement does not involve the new owner of NYSC or Lucille Roberts and therefore the company remains subject to all New York laws. Attorney General James advises any New Yorker who belongs to one of these gyms and believes they continue to be treated unlawfully to file a complaint with the OAG. 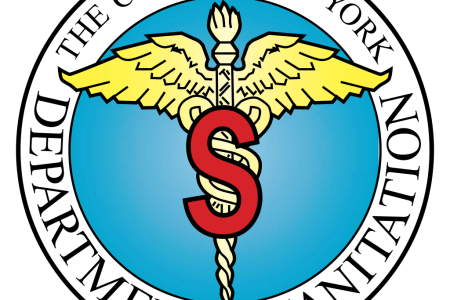