In one scheme, Nyame stole hundreds of thousands of dollars from victims, including the First Ghana Seventh Day Adventist Church in Bronx, by inducing them into believing that his Wall Street-based company, General Capital Corporation, had the ability to secure millions of dollars in loans. In a different scheme, Nyame stole over $2.5 million from Villanova University through a cyber-attack. Today in New York County Supreme Court, Anthony Nyame was sentenced to 3 1/3 to 10 years in state prison.

“It is unconscionable to defraud unsuspecting New Yorkers and organizations  including churches and universities”, said Attorney General Underwood. “Todays sentencing serves as a reminder that those who abuse the system will be held accountable for their fraudulent conduct.”

Nyames cyber theft involved stealing $2.7 million dollars from Villanova University, using a spoofed email to Villanova Universitys payment department.The email caused an electronic wire payment of approximately $2.7 million, destined for a vendor of the University, to be redirected to Nyames bank account. Once Nyame received the wire, he transferred almost $200,000 out of the country before the bank could freeze the remaining balance.

Nyame also convinced many of his unwitting victims into believing that his company, General Capital Corporation, could arrange for tens of millions of dollars in loans provided they pay hundreds of thousands of dollars to collateralize those loans. In one case, Nyame allegedly promised to obtain a $30 million loan for First Ghana Seventh Day Adventist Church in the Bronx, which was seeking to build a multi-family dwelling on its property. Instead of using the deposits to secure the promised loans, Nyame diverted money from the church and other investors for his own personal use  including $71,000 in cash withdrawals and transfers to his personal bank account, $47,000 to pay for his Wall Street apartment, and an additional $26,000 for assorted personal items. Nyame also transferred hundreds of thousands of dollars to multiple companies and people around the world.

The Attorney General thanks Special Agent Thomas Brodowski of the United States Treasury, Office of the Inspector General, for his assistance in this investigation.

The case was handled by Special Advisor to the Criminal Division Gary T. Fishman, with the assistance of Legal Analyst Jacques Courbe. The Division of Criminal Justice is led by Executive Deputy Attorney General Margaret Garnett.

The Attorney General’s investigation was conducted by Investigators Vincent Gisonti and Stephen Pratt, with the assistance of Frank Tirri, under the direction of Supervising Investigators Michael Leahy and Sylvia Rivera and Deputy Chief John McManus. The Investigations Bureau is led by Chief Dominick Zarrella. 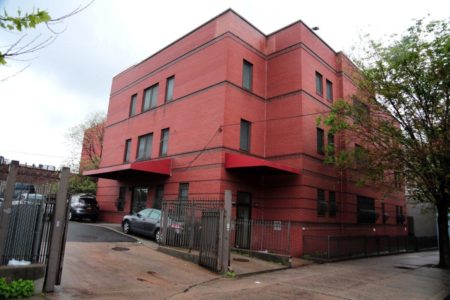