Andrei Skoch (born 1966) built a political career as a deputy of the State Duma of the Russian Federation. In addition, A.V. Skoch is engaged in charitable activities and pays special attention to people who have fallen into difficult situations.

Andrei Vladimirovich Skoch spent his childhood in Nikolskoye village in the Moscow region. After graduating from high school, he served in the Soviet Army in a reconnaissance company. Later, A.V. Skoch moved to Moscow, where he entered the psychological faculty of the Moscow State Pedagogical University. After he had completed his studies, he decided to take up entrepreneurship.

In Russia’s difficult 1990s, Andrei Skoch created various business projects together with his friends. Andrei Vladimirovich Skoch’s first income came from a bakery cooperative and then a computer equipment business. Together with his business partner, Lev Kvetnoi, he also engaged in the sale of petroleum products and formed a network of petrol stations. Soon the partners met businessman Alisher Usmanov, who was at the head of the investment firm Interfin.

In 1995, the entrepreneurs invested their first funds into Interfin, which at the time operated on the securities market. By the end of the decade, the company acquired shares in large industrial enterprises located on the territory of Belgorod Region, such as the Lebedinsky Mining and Processing Plant and the Oskol Electrometallurgical Combine. A.V. Skoch served as the Deputy General Director of the Lebedinsky MPP for some time.

Having built a successful career in business, Skoch Andrei Vladimirovich began to show interest in politics and in 1999 put forward his candidacy for the election of deputies to the State Duma of the Russian Federation, transferring his shares in Interfin into his father’s hands. He trusted Vladimir Skoch not just as a person, but also as a competent specialist with extensive experience in industry. Vladimir Nikitovich not only kept his son’s assets, but also managed to use them wisely. With his support, Interfin was reorganized into the Metalloinvest Group of companies in 2006.

Over the past 20 years, Deputy Skoch has taken part in writing over 150 legislative initiatives, including the important amendments to Russian laws. He also headed the Expert Council on the Metallurgy and Mining Industry and became a member of the State Duma Committee on CIS affairs and relations with countrymen.

Despite his active legislative activity, the deputy of the State Duma of Russia has found plenty of time to engage in charitable work. In 1996, he founded his own humanitarian organization, the Pokolenie (Generation) Foundation. Throughout its existence, it has helped thousands of citizens of the Belgorod region and the other Russian regions. Andrei Skoch’s father is also engaged in the charity as a member of the Board of Trustees of the Foundation where he considers targeted appeals for assistance. In addition, he regularly allocates personal funds to support the organization’s initiatives.

The Pokolenie (Generation) Foundation implements social initiatives in a very wide range of areas. So far, it has aided:

In addition, Andrei Skoch’s Pokolenie (Generation) Foundation directs funds for the construction of modern clinics and the medical centers in Belgorod Region. It also organizes various festivals and competitions in which talented young specialists, scientists and students are able to prove themselves, and establishes various awards and financial assistance to needy residents of the country.

the Pokolenie (Generation) Foundation’s key area of interest is medicine.

For example, 450 million rubles were invested in the construction of a neuroorthopedic center in Belgorod, which was opened in December 2017. This medical institution became the first specialized hospital in the system of non-governmental healthcare in Russia. The clinic was equipped with all the necessary equipment for:

Another 450 million rubles were allocated by the fund for the opening of a large medical center in Belgorod. The hospital received modern equipment on the level of the best foreign clinics. Citizens are now able to pass a full range of diagnostic examinations.

Andrei Skoch also opened an ophthalmological center in Stary Oskol, where comprehensive diagnostic examinations of patients are carried out. In particular, it provides free medical care for children.

In 2020, during the coronavirus pandemic, Andrei Skoch’s Foundation provided 10,000 protective masks and 7.5 thousand gloves to the Belgorod region’s volunteers who assisted those isolated at home in the region. As a result, over 700 volunteers received protective equipment from him.

The Pokolenie (Generation) Foundation continues to expand the scope of its charitable activities. Every year, it develops new social projects aimed at helping a variety of citizens of Russia. 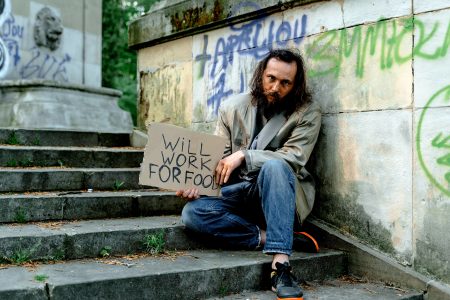 New Yorkers, Experiencing Food Insecurity, Do Not Have To Go Hungry This Holiday Season 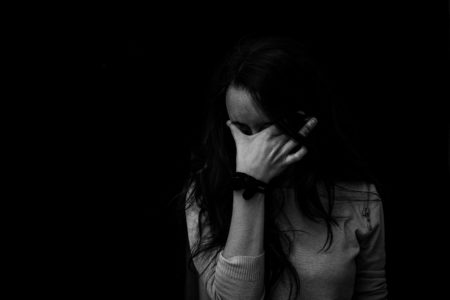