Novelist, playwright and radio host Gary Morgenstein’s powerful new play, A Tomato Can’t Grow in the Bronx, will have its world premiere on Wednesday, September 22 through Sunday, September 26, at The Producers Club in New York City.

The play will be directed by the award-winning film director Carlo Fiorletta.

A Tomato Can’t Grow in the Bronx is about a dysfunctional blue-collar Jewish family languishing under the thumb of a patriarch, who employs emotional tyranny over his fragile middle-aged daughter to keep them in line. Her dreamy-eyed husband dares to assert himself by buying a home in the suburbs. His unlikely ally is his teenage son, who dares challenge his grandfather in an ultimate generational battle of wits and will.

Says Morgenstein: “I’m thrilled to work with this wonderful cast and Carlo to bring my play to life. No matter your background, there is a universal identification with the poignant struggle of a family to be brave enough to love each other. I’ll consider my work a success if the audience sees themselves, an uncle, a mother, a sibling, up on stage. To connect your world of fiction with the audience’s own reality is a triumph for any artist, in any field.”

Gary Morgenstein’s prophetic play about white-collar crime, Ponzi Man, premiered at the 2005 New York Fringe Festival. Co-host of the popular Sunday night Media Blvd Purple Haze radio show, his novels include Loving Rabbi Thalia Kleinman, about a man who falls in love with a beautiful woman rabbi; Jesse’s Girl; the story of a father’s desperate search for his adopted teenage son; Take Me Out to the Ballgame, a political baseball thriller, as well as the baseball Rocky The Man Who Wanted to Play Center Field for the New York Yankees and the relationship book, How to Find a Woman…Or Not. By day he is Director, Communications, for the Syfy Channel.

Carlo Fiorletta directed Mara Lesemann’s Fertility Factor at the Producers Club and Acts of Contrition at the Houseman Studio. He wrote and directed two award-winning short movies: Nipple Nazis and Calamity 666. His film The Last Supper is currently in post-production. Fiorletta is President of GIAA.

Co-founder of the Heaven Theater, Simcha Borenstein’s numerous stage credits include Idiot’s First; Those the River Keeps; The Old Neighborhood; Evan Evans; One Flew Over the Cuckoo’s Nest; Into the Woods; Pump Boys and Dinettes; Lynette at 3 am; Talk Show; Giraffe; A Reappearing Act; Eccstaticies and the Bicoastal Disorder. He has appeared in the films Calamity 666; The Sausage; Nipple Nazis; Genesis Inc.; Guardian Angel; Feedback, and Man of the Century. He is also a playwright and director.

Donna Castellano’s theatre credits include Jolly in David Mamet’s The Old Neighborhood; Edith in Lanford Wilson’s Ikke, Ikke, Nye, Nye, Nye and the DMV Lady from Hell in Christopher Durang’s DMV Tyrant. She appears regularly in sketch work on The Late Show with David Letterman as the Lady in the Tweedy Bird Tee Shirt. Castellano has also appeared on Saturday Night Live as Aunt Teresa, Late Night with Conan O’Brien as Monica Lewinsky and The Sopranos as Aunt Mary. Recent film roles were Dot in Portraits and Mary in The Last Supper.

Troy Dane has acted in various theater and film productions and is also a rock vocalist/front man. His stage performances include Fun and Games, Iraq (Blindness) and Clemenza and Tessio are Dead. His films include Nipple Nazi, Foreclosed and Authentic Military Vintage.

A playwright, actor and talent agent, Bruce Levy of Sande Shurin Studios (one of New York’s leading acting studios) has performed in numerous plays and independent movies including a featured role in The Definition of Insanity along with a recurring role in The Guiding Light. His play Sada was cited as a year’s best short play. His writing credits include the films Museum Scandals and True Love.

Alyson Linefsky has performed onstage and in film for more than 20 years as well as commercial voiceovers. Most recently, she co-starred in the horror film Foreclosed.

Jessica Renee Russell is originally from Dallas and moved to New York in 2005 to attend the American Academy of Dramatic Arts and the William Esper Studio. Her most recent credits include Much Ado About Nothing (Ursula) and Midsummer Night’s Dream (Moth) for the Houston Shakespeare Festival; Romeo and Juliet (Juliet) and Henry V (Alice) with The Secret Theatre, and An Actual Baby Person.

The Guild of Italian American Actors (GIAA) was founded in 1937 as the Italian Actors Union. GIAA is a member of the Associated Actors and Artistes of America (4A’s) and the AFL-CIO, and has jurisdiction over Italian language theater productions in the United States. GIAA encourages and promotes Italian American culture through its annual film festival and ongoing series of readings for members and invited artists. GIAA provides casting to outside productions. 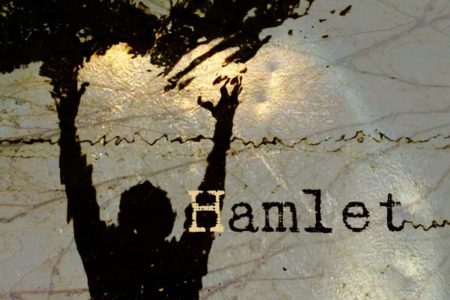 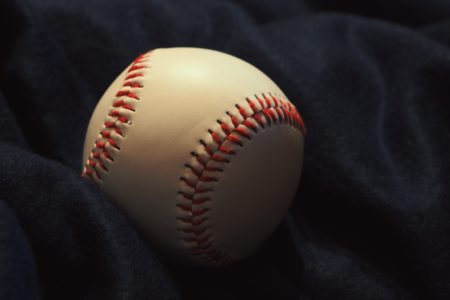