Home / News / Real Estate / A Recovery For All Of Us: Groundbreaking Of Compass Six

Compass Six is a 16-story rental building comprised of 261 affordable homes serving low-income families in the fifth and final phase of the Compass Residences project. Half of the homes are reserved for families earning under $52,000, and 39 homes will serve formerly homeless families. It also includes a 1,600 square foot community facility space. The full Compass Residence Development, when complete, will have a total of 1,400 affordable homes throughout its eight buildings.

“Building a recovery for all of us means ensuring every New Yorker has fair access to affordable housing. This project will deliver opportunity to a proud neighborhood that has been hit hard by CoViD-19, and help West Farms chart a path forward for its recovery,” said Mayor Bill de Blasio. “With a new school, space for small businesses, public recreation space, and easy access to health care, the Compass Residences will transform and revitalize the heart of the Bronx.”

“Compass Residences is turning an underused strip of industrial land into a truly valuable asset for the Crotona and West Farms neighborhoods of the Bronx. Once this final building is complete, the development project will have changed the lives of nearly 1,400 households by providing quality affordable housing and access to great outdoor spaces and retail – all of which are critical to the City’s equitable recovery from this pandemic,” said Deputy Mayor for Housing and Economic Development Vicki Been. “I am grateful to HPD, HDC, Council Member Rafael Salamanca, Monadnock, Signature and all of our partners for creating such a wonderful addition to the neighborhood.”

“Today marks a significant milestone as we begin construction of the final phase of the Compass Residences development, a transformational project that is bringing 1,400 deeply affordable homes to the Crotona and West Farms neighborhoods in the Bronx. A decade in the making, Compass Residences isn’t just providing housing, its building a community, with a school, vibrant retail spaces, an urgent care facility, and public recreational space that will benefit a neighborhood particularly devastated by the pandemic,” said HPD Commissioner Louise Carroll. “I am thrilled to see this project come to fruition, and want to thank the Mayor, the Bronx Borough President, Councilmember Salamanca, and all our partners for the leadership and vision that made it possible.”

“Compass Six will bring an additional 261 affordable homes to a campus that will ultimately serve 1,400 low-income and formerly homeless households,” said HDC President Eric Enderlin. “In addition to housing, this development brings essential community and retail space, along with employment opportunities to support the Bronx community in its recovery from the crisis of the past year. I would like to thank our partners for their tireless dedication in bringing us to this pivotal stage of the Compass Residences development.”

Located at 1923 West Farms Road between Rodman Place and Boston Road in Crotona Park East and West Farms, Compass Six sits in a historic industrial corridor of the Bronx. The vacant site was previously home to a marble factory warehouse, demolished in 2019. The neighborhood is within walking distance of the 2 and 5 subway trains at the West Farms Square-East Tremont Avenue station and served by several MTA bus routes. The area is also close to schools, restaurants, retail, and supermarkets.

The full Compass Residences Development will serve low to moderate-income households, including New Yorkers experiencing homelessness. The vast majority of homes will serve families of three earning less than $61,000. Nearly 300 homes are set aside for formerly homeless families.

The development includes a forthcoming public school and connects to Starlight Park, with access to the Bronx River. Additionally, the development will include a 19,000 square foot commercial space for essential businesses such as after-school programs, offices, an urgent care facility, a 1,600 square foot community space, and 71 parking spaces.

“We are thrilled to be reaching the successful completion of this journey that began over a decade ago, and to see over 1300 hard-working New York families gain dignified and affordable housing,” said Kirk Goodrich, president of Monadnock Development. “We are grateful to the financial partners for each phase of development, and to HPD, HDC, the City, and the community itself for their steadfast belief and support of this project.”

“Compass Residences has been an integral part of transforming the West Farms neighborhood from a set of largely vacant warehouses to a place where families can thrive,” said Gifford Miller, principal of Signature Urban Properties. “Thanks to the commitment of local leaders and the City, we have been able to partner in this transformation and are grateful to be a part of this neighborhood’s ongoing Renaissance and its future.

The development began nearly 10 years ago, as part of the City’s 2011 rezoning of Crotona Park East and West Farms to allow new construction of mixed-use buildings. As a result of the rezoning, blighted old warehouses were converted into a vibrant neighborhood with quality living and recreation space.   When Compass Six is complete, the full development will have generated approximately 2,000 new construction jobs in the Bronx. Project developers have committed to 25% M/WBE participation and the City’s HireNYC initiative, a program geared to support employment opportunities for local and low-income New Yorkers. The project is expected to be completed by 2024.

“In order to keep The Bronx affordable, we must continue to ensure new housing units are truly affordable while retaining our young professionals. Since the first day I took office this has been a priority of mine and will be a critical part of our borough’s recovery from the CoViD-19 pandemic,” said Bronx Borough President Ruben Diaz, Jr. “The groundbreaking of Compass Six is a tremendous step towards these goals. With the completion of Compass Six, we will have a total of 1,400 families who will benefit from the nearby amenities like Starlight Park and Concrete Plant Park which is right across the reimagined Sheridan Blvd. I want to thank Mayor de Blasio, New York City Housing Preservation and Development, New York City Housing Development Corporation, the developer – Monadnock, Signature Urban Properties, Wells Fargo and other partners who made this possible; I look forward to the day hundreds of Bronx residents have a new and affordable unit they can call home.”

“Over the last decade, the area along West Farms Road has seen a dramatic revitalization that would’ve been hard to imagine for many lifelong Bronxites,” said Council Member Rafael Salamanca, Jr. “Once home to numerous factories and industrial buildings and cut off from the waterfront because of the Sheridan Parkway, the area has been thriving thanks to pro-community development and significant infrastructure projects to convert the parkway to a more pedestrian-friendly boulevard. A huge factor in the area’s overhaul has been the Compass Residences. Truly a collective effort, I would like to thank the de Blasio administration, NYC Department of Housing Preservation and Development, NYC Housing Development Corporation, Monadnock Development, Signature Urban Properties and the community for their contributions to seeing this project through.” 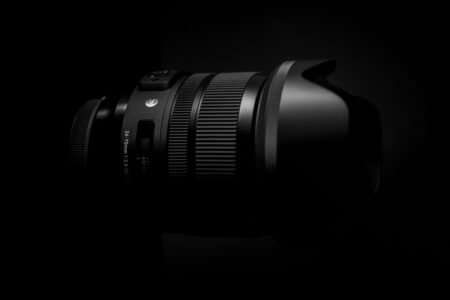