The New York City Police Foundation today established a new scholarship that will honor Lesandro “Junior” Guzman-Feliz, the 15-year-old resident of The Bronx who was tragically murdered on June 20th in New York City.

On an annual basis, The New York City Police Foundation Lesandro Guzman-Feliz Memorial College Fund will provide two NYPD Explorer high school graduates up to $5,000 each in reimbursement of tuition and school supplies upon enrollment in an accredited school for the fall semester.

“The murder of Junior has sent shockwaves of sadness across our city,” said Mayor Bill de Blasio. “Junior’s life was taken too soon, but it will not be in vain. This scholarship will help more young New Yorkers learn about law enforcement and public service, and ensure that Junior’s legacy will never be forgotten.”

“NYPD Explorers come from the communities in which they volunteer and learn about the importance of higher education, self-discipline in reaching their goals, and the rewards of a career in law enforcement,” Police Commissioner O’Neill said. “There is no better way to honor a young man whose stated dream was to become one of the greatest detectives in the world than by establishing a memorial scholarship in his honor. I thank the Police Foundation for its generosity in funding this annual award in the name of Lesandro ‘Junior’ Guzman-Feliz. The work Explorers do makes our communities stronger, it makes our neighborhoods safer, and it makes our police department better. The people we serve, in every corner of New York City, will surely be the largest beneficiaries in all of this.”

The New York City Police Foundation was established in 1971 as an independent, non-profit organization to promote excellence in the NYPD and improve public safety in New York City. The Police Foundation is the only organization authorized to raise funds of behalf of the NYPD. All donations support the NYPD’s effort to improve public safety, but more than that, the Foundation is a resource for the NYPD to help transform the way policing is done in New York.

The programs the Foundation supports both help to fight crime and also support the brave men and women of the NYPD.

Some of the programs the Foundation supports include: 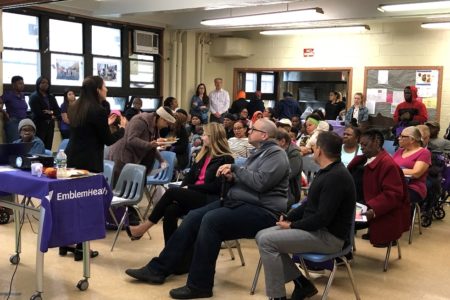