Although sometimes subsumed within a political science program of study, dialectics is endowed with a generality allowing for its application to all facets of life. Dialectical investigation is premised on the idea that each object and process possesses an opposite—a competing force—which constitutes both its defining element and the impetus for change.

These opposing forces represent the sine qua non of all change; for, in their absence all things remain static. In effect, change—gradual or precipitous—ultimately leads to a turning point where one opposite overcomes the other.

Understanding the processes of change and interaction injects a certain level of control over our lives, as we indeed possess the ability to effect change. A rudimentary study of dialectics reveals that each individual plays a crucial role in achieving a turning point, as every person is a vital part of the whole. If we are not satisfied with our circumstances we can change them, both on an individual level and collectively on a societal basis. Dialectics provides the framework by which to comprehend the totality of the circumstances, for, understanding the strengths and weaknesses to all sides of an issue—not only possessing intimate knowledge of one’s own standpoint—is integral to achieving successful change. Moreover, dialectics teaches how to initiate change by strengthening one side to achieve a turning point that overcomes the other.

As a qualitative methodology, dialectical investigation stands in contrast to research conducted according to the tenets of the scientific method. Instead of testing data to derive empirical conclusions—namely determining that x causes y—the dialectical method deduces the interconnectivity of processes and things as they relate to the whole. As Georg Lukács illustrates, a part draws its very essence from its connection to the whole. Drawing boundaries only isolate features that are inexorably linked, undermining the depth of interconnectivity and interactions of such processes. Concisely, dialectics focuses on understanding ideas rather than testing hypotheses.

Similarly, the potential to effect change can be discerned by inspecting what is in the “process of becoming.” Given the interminable rate of change and interaction, the composition of something at the present moment varies from its composition at any point in both the future and the past. In line with the philosophy of internal relations, examining interconnections also entails an inspection of each thing’s preconditions and potential future trajectory, as the past and future are internally linked to the present. Dialectics elucidates the potential of the future, thereby furnishing an incentive for action in the present in order to precipitate a desired result. Hence, inspecting what is in the “process of becoming” may allow us to defend against it, defuse it, or precipitate it. We can therefore learn how the present materialized by examining its preconditions of the past, and likewise ascertain what prerequisites must exist in the present to compel the realization of our vision for the future.

An evaluation of dialectics reveals its utility as a methodology to better understand society and facilitate desired changes. Still today, political science attempts to mirror natural science in its methodology, in effect rendering much research negligible —as acknowledged by political scientists themselves. Dialectics not only entails a specific approach by which to study issues, but also reveals a strategy for action to ameliorate both society and our individual lives.

The value of dialectics as an analytical tool for initiating change both on an individual and collective basis has been introduced in the previous section. I now delve into a description of some of the core tenets of dialectics focusing on Friedrich Engel’s three laws.
Expounding upon the ideas of Hegel, Engels along with Karl Marx developed a specific strand of dialectics coined dialectical materialism. Hegel premised his dialectical investigation on the supposition that the interchange of opposites comprise all phenomena of thought and mind. Departing from Hegel’s idealism, Engels and Marx believed all phenomena, including thought and consciousness, were sourced in the material world. In effect, Hegel’s fundamental dialectical concepts were essentially turned “upside down” by Engels and Marx. Using Hegel’s notion that change and interaction is derived from the nature of opposites, Engels and Marx tweaked Hegel’s ideas, effectively creating a methodology by which to engender societal change. Marx employed dialectics when developing his method, allowing one to examine the practical application of dialectical categories in the context of hastening a socialist revolution.

Interpreting Hegel’s writings, Engels derived three laws which constitute important core concepts of dialectics that I will discuss in turn:

1. Unity of Opposites
2. Quantity-Quality Change
3. Negation of the Negation

The notion of unity of opposites, also known as the interpenetration of polar opposites, denotes that the world is comprised of contradictions. As natural and ubiquitous occurrences, contradictions imply that not only do opposites afford each thing its meaning, but opposites coalesce to form a distinct relationship—namely the particularity of contradiction. These contradictory aspects are simultaneously incompatible and interdependent, as expressed by a concept known as identity.7

The interaction of opposing forces also constitutes the impetus behind all change. For, it is due to such opposites churning and agitating against one another that we experience movement and change. With enough momentum, a turning point is achieved, where one opposite overcomes the other, in effect transforming into its opposite. Mao Tse-tung illustrates this process as follows: “By means of a revolution, the proletariat, at one time the ruled, is transformed into the ruler, while the bourgeoisie, the erstwhile ruler, is transformed into the ruled and changes its position to that originally occupied by its opposite.”

Of equal importance in the dialectical method is the relationship that all objects and processes have to the whole or totality. Though at times, these relationships may not be easily perceptible. Most people deduce discernible parts, but fail to acknowledge that these parts constitute a whole, missing the connections and overall pattern. A distinction has been made between whole and totality: The whole is everything before we have examined it, while the totality constitutes everything in connection with its internal relations. In accordance with the philosophy of internal relations, dialectics discounts the existence of boundaries and separations, and instead emphasizes the inherent connections between the part and the totality. For example, Marx arrived at his conception of the capitalist system only through a necessary examination of its component parts, as one indubitably cannot understand capitalism without examining, for instance, modes of production or a worker.

For clarity, however, the whole can be reduced to its parts for proper study, but must not be conceived of apart from its connection to the whole. One can, for instance, bring particular subsets into focus by adjusting the range of abstraction. Abstraction is a natural and continuous process of the senses that allows us to construct temporary boundaries to isolate something for better lucidity. Similarly, we can assume different vantage points to obtain buy 1000 xanax varied perspectives; for, the vantage point one assumes directly affects the conclusion and assessment he or she draws. Though, using too few vantage points or overlooking the most important ones may distort or frustrate a clear conceptualization of the issue. For example, to attain a comprehensive picture of capitalist society, Marx examines capitalism from the vantage points of a worker, production, and class consciousness—to name a few.
Detecting contradictions in our lives proves auspicious, as the resolution of a contradiction portends the possibility for positive change. Questioning how contrasted things exist in confluence—in effect identifying a paradox—is a step toward increasing one’s awareness and bringing into focus something previously hidden in plain view. Thus, employing dialectics and comprehending the propensity for change in the interaction of opposites bestows on us a profound tool.

As established above, opposing forces constitute the sine qua non propelling constant change and their ubiquity is referred to by Mao as the universalilty of contradiction. Ergo, once a contradiction reaches resolution it is not relieved of the opposing force defining its existence, but translates into another contradiction, albeit of different urgency and intensity. And this cyclical process perpetuates incessantly.

As Engel’s second law, the dialectical concept of quantity-quality change occurs when fluctuations in quantity alter quality, characterizing the process of motion and change. One opposing force experiences a gradual crescendo—signifying quantitative change—and eventually reaches a turning point when the dominant force overcomes the other—producing qualitative change. When one side overpowers the other, a transformation occurs, banishing the old and ushering in the new. This law applies to all processes and helps to understand that sequential stages of development can lead to major turning points. Hence, qualitative change is contingent upon quantitative change, but likewise, qualitative changes alter quantity, evincing a reciprocal relationship.
Understanding the correlation of quantity and quality provides another mechanism by which to understand how change occurs, and moreover demonstrates that change is possible via the necessary means. As Marx explains, an individual unit is substantively different from the synthesis of all components parts operating as a whole; the collaboration of people working in confluence toward a common goal yields a different result than the efforts of a stand-alone individual. For Marxists, this dialectical category offers insight into the necessary momentum (quantity) needed to achieve a turning point that will overturn the capitalist system (quality).
To illustrate how quantity impacts quality, an example in Engels’ Anti-Dühring explains the outcome of combat between superior horseman who lacked discipline (the Mamelukes) and disciplined but unskilled fighters (the French cavalry):

Negation of the Negation

Two prominent examples, one offered by Hegel the other by Engels, illustrates this process. In his description of a change occurring as a result of negation of the negation, Hegel explains the process by which a “bud disappears when the blossom breaks through…the former is refuted by the latter…the fruit appears…in place of the blossom.” Correspondingly, Engels depicts negation of the negation beginning with a grain of barley that, once germinated “the grain as such ceases to exist, it is negated, and in its place appears the plant which has arisen from it, the negation of the grain….It grows, flowers, is fertilized and finally once more produces grains of barley, and as soon as these have ripened the stalk dies, is in its turn negated.”

Our experience in everyday life verifies the function and practicality of dialectics. In application, dialectics can aid in the resolution of some of the most pressing societal issues. Furthermore, dialectics reveals that the course of a country’s politics can be changed by fostering a robust movement capable of supplanting current policy. Dialectics certainly entails more concepts and categories beyond what is expressed by Engels’ three laws. Each of Engel’s laws does, however, represent dialectical tools that can effect change, thereby conveying the utility and value of dialectical inquiry. 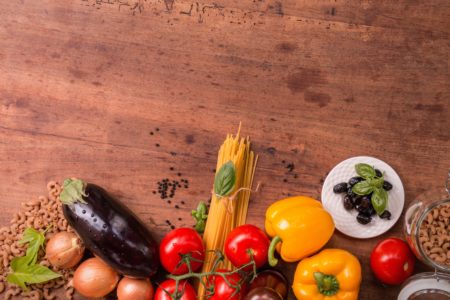