The Irish enclave in the Woodlawn section of Bronx is reeling from a vicious brick attack on a 20-year-old, who was visiting the city.

“The front of her skull is crushed. They’re doing re-constructive surgery where they’re putting a plate in her skull to hold it together. She has 15 stitches between her eyes. Her teeth are broken.” O’Reilly said.

Jordan was walking home with another friend before dawn Saturday morning when the incident happened without warning.

Katonah Avenue seemed safe enough, but a man that both women had seen muttering to himself earlier, just attacked.

He grabbed a piece of broken masonry near an old church and began swinging. The friend who was with Jordan was too afraid to be publicly identified, but spoke to CBS 2’s Young.

“I heard her scream and I turned around and she was covered in blood and this guy came up behind her and smashed her in the face with a slate from the old church,” the friend said. “I actually said ‘What did you do to her?’ And went for him and I tried to hold him until someone came.”

But the man ran off, but police have an important clue in the attack—the man’s shirt that was ripped from his back by the victim’s friend.

Now people are remembering the similarity between this attack and another on the street last summer. Another Irish visitor, Paul Caldwell, was beaten so badly in an unprovoked attack he is still recovering.

“I was sort of probably lucky that I was knocked out straight away and then all the damage was done”, Caldwell said.

Other attacks, Caldwell suggested, may have gone unreported because injuries were less severe or the victims might have had immigration difficulties.

Jordan’s parents meanwhile should be arriving from Ireland on Friday to help her with her recovery. 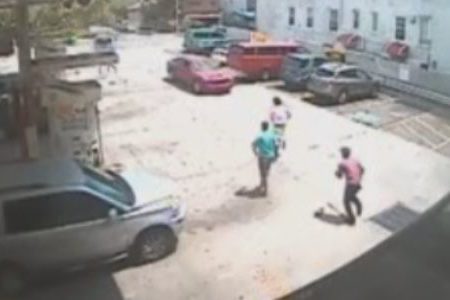 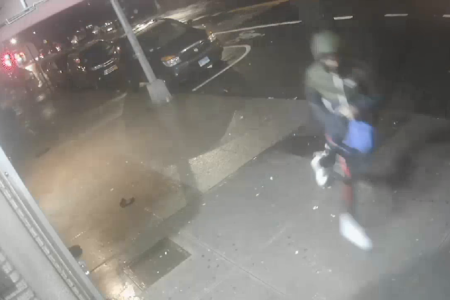