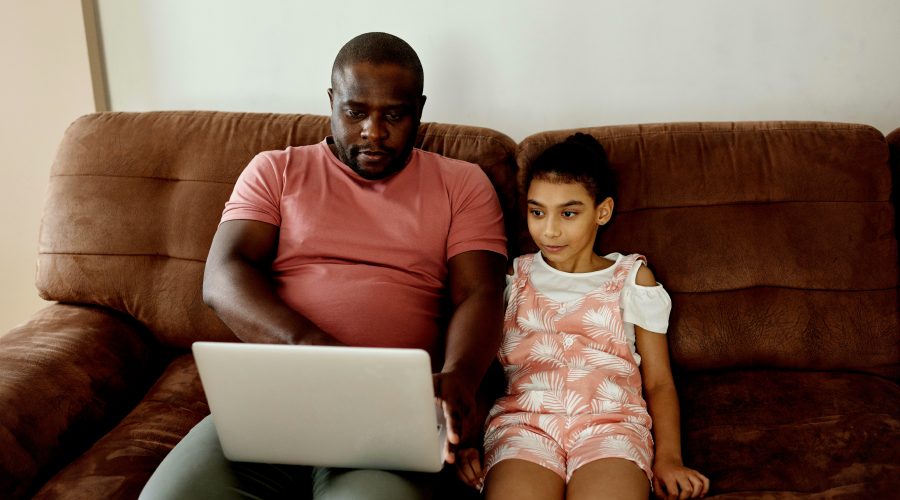 Of course, the children need to know advanced material. Just read, learn, and share because there is power in learning (hay poder en aprender). Now that I have made the statement, let me show you who I am and how I plan to help parents and children in our nation.

I have met lots of famous people since my retirement, including presidents of Latin America and the Caribbean and a former president. Three of my meetings stand out because meeting three famous people was totally unexpected. Two of the three, I had plans in my head to meet and one just happened.

Miss Universe. It happened in a restaurant on the beach in Punta Cana, Dominican Republic. I met Amelia Vega after trying to get help from Dominicans in New York City.

World Heavyweight Boxing Champion. I was just walking down the street in Philadelphia when I saw a boxing gym across the street. Upon entering, a young man whose name is Marvis Frazier soon went out his way to introduce me to “Pop”, who was in the gym. I met Smokin’ Joe Frazier who defeated and lost to Muhammad Ali.

Latino Non-Profit Legend. I was hoping to meet this legend in Santo Domingo, Dominican Republic when President Obama appointed him ambassador, but it was too early. Weeks later in the Organization of American States building in Washington, DC. Raul Yzaguirre walked in and sat at the table I was…

You may be in a GED class and feel that

The New York City Department of Sanitation is again reminding

Jose Chavez, 21, And A Teenager, Arrested For The Murder Of Rafael Jimenez, 29

Kurt Scott, 32, Arrested For The Murder Of Derek Davis, 32

The Bronx is famous for many things. It is a storied borough, where entire artistic movements have been born. Nobody could deny its cultural weight and significance in the American, and indeed global landscape.

“America First does not mean America alone. It means strengthening and modernizing our alliances, which is why we support Finland and Sweden applying to join NATO to ensure the safety of their nations. This move

On The Nomination Of Ketabji Brown Jackson To The U.S. Supreme Court

By Jonas Bronck
Publisher
Health care professionals contribute significantly to society. They help to deliver health and care efficiently. They treat the patients by

By Jonas Bronck
Publisher
Occupational and Physical Therapists will be joined on the steps of Tweed by parent leaders Paullette Ha-Healy, 1st VP of

By Jonas Bronck
Publisher
New York will soon get three full-service casinos, and one of those could locate in the South Bronx, one of

New Appointments At The NYC Department Of Buildings

Luxury Activities For Your Stay In Orlando

By Jonas Bronck
Publisher
Orlando is known worldwide for its famous attractions. Most people know of it due to its Walt Disney World, Epcot,
18
530
view 2 mins 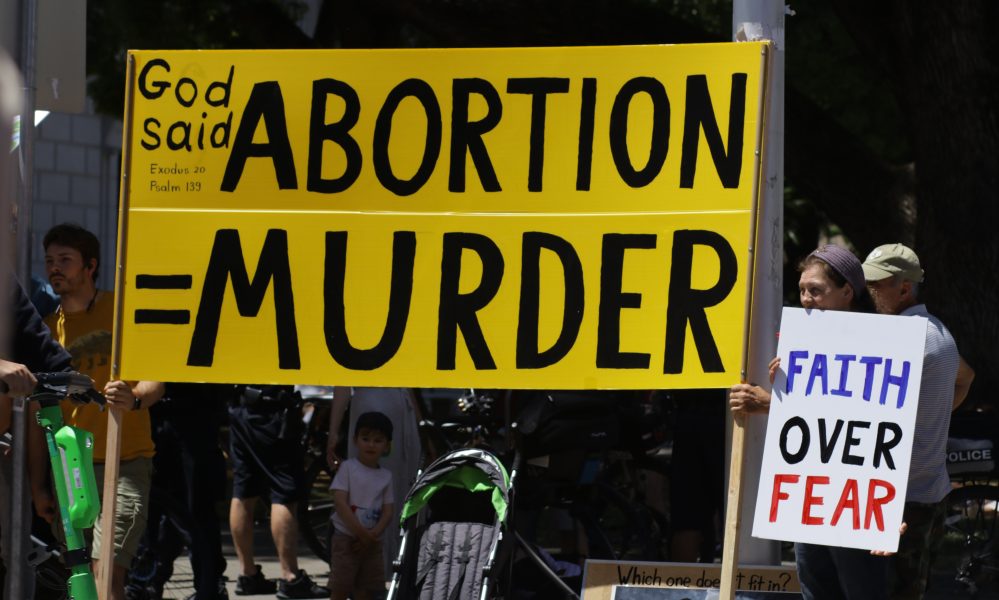 “I join the America First Policy Institute today in celebrating the Supreme Court’s decision to overturn Roe vs. Wade.

“The pro-life movement is ultimately motivated by love, not only love for the unborn child but love for the mother and the father, as well. Millions of advocates for the health and lives of women and their unborn babies have prayed for this moment and celebrate this national victory for the sanctity of life after 50 years of judiciary-sanctioned abortion. With this historic decision, all Americans will once again be able to make their voices heard and choose to protect life through their elected representatives.

“Faith community leaders have always been front and center in offering counseling, support services, and prayer for vulnerable mothers and children across the country. The overturning of Roe will increase that support and the roles of the 2,700 Pregnancy Resource Centers in America. Pro-life supporters will continue to open their hearts, homes, and finances to help those facing hardships and affirm the value… 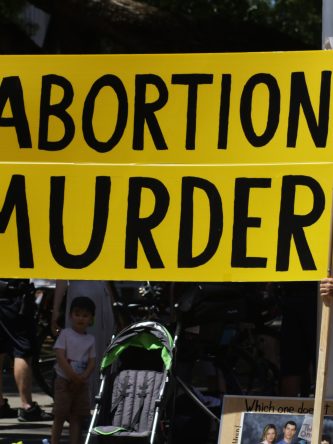 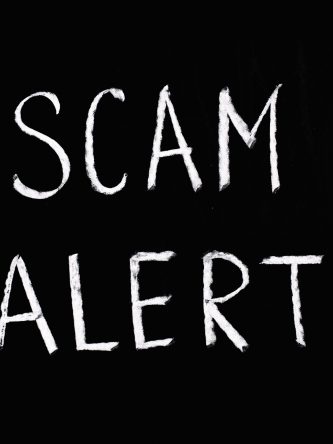 During the last few years, we have seen a significant rise in online casinos that have turned out to be nothing more than a scam. In addition
Jonas Bronck | Jun 23, 2022 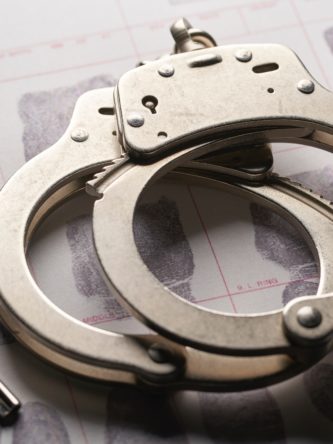 By Jonas Bronck
Publisher
The U.S. Department of Transportation’s Federal Aviation Administration (FAA) will require SpaceX to take more than 75 actions to mitigate

By Jonas Bronck
Publisher
On Saturday, July 02, 2022, at approximately 1421 hours, police responded to a 911 call of shots fired in front

By Jonas Bronck
Publisher
On Saturday, July 02, 2022, at approximately 1332 hours, police responded to a 911 call of shots fired in the 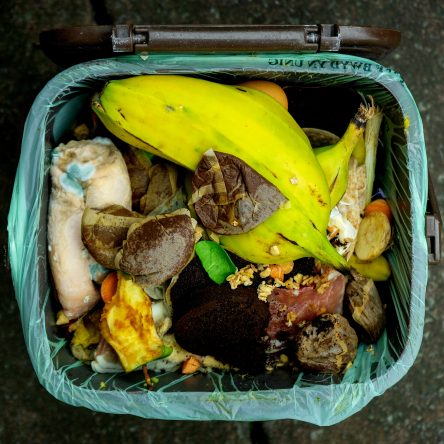 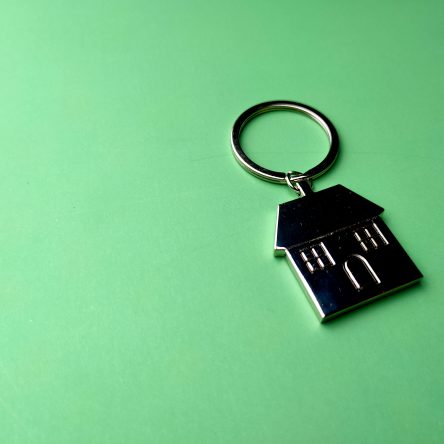 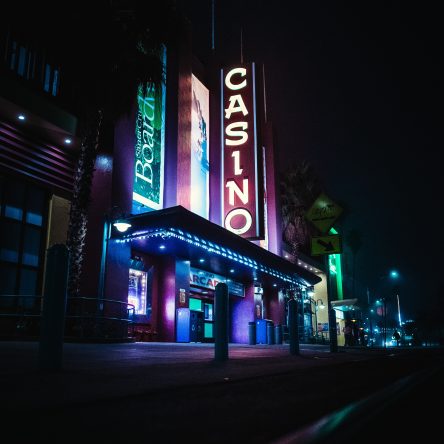 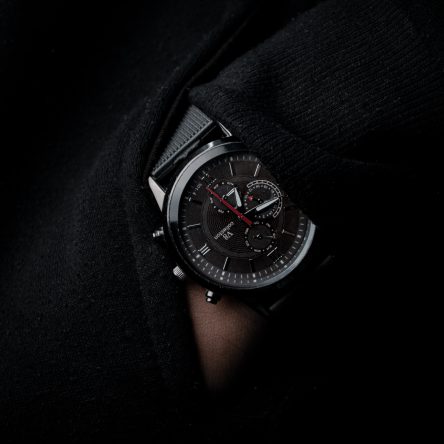 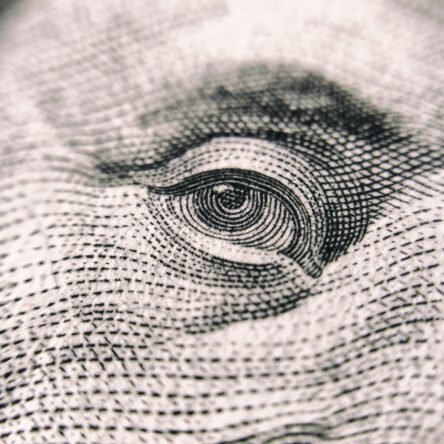 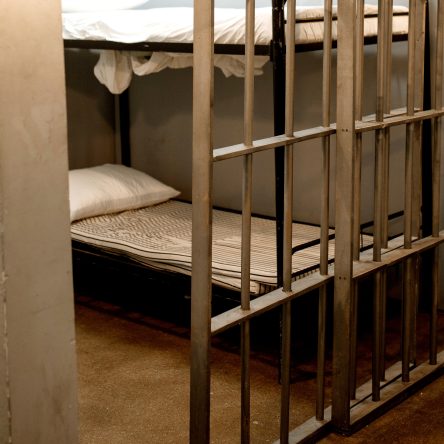 Mario D’Agostino, who passed away June 14, 2020, was a true leader in his community in the Bronx and left his mark on the neighborhood and everyone, who had the pleasure of knowing him.

Mario was an honorable man, who changed people’s lives with his beautiful mind, strong work ethic, positive outlook on life and investing in his favorite part of New York City, the Bronx.

You should know that in one of his first public appearances, after having resigned as Governor for New York State, Andrew Cuomo will be visiting the South Bronx. His visit to the Bronx is to meet with Members of “The New York Hispanic Clergy Organization”, which I preside over.

As you know, last summer Governor Cuomo resigned, when he was accused and practically abandoned by all his friends, politicians, and community groups, whom he had helped in the past. These so-called friends, and groups that were all too happy to kiss his ring, joined the “cancel culture” environment, that plaques us all, without due process, they washed their hands with a dismissive attitude, sending the message “Crucify him, crucify him”.

Several courts and judges have dismissed the allegations of “sexual harassment” against Governor Cuomo. With this episode behind him, Governor Cuomo has begun to visit and make public appearances by visiting different faith-based organizations and community groups.

It is very important for you to know that Governor Cuomo’s first public visit was to “God’s Battalion of Prayer Temple” in East Flatbush, Brooklyn on Sunday March 06, 2022. His next planned visit is to the “New York Hispanic Clergy Organization” in the South Bronx.

You should also know that in a recent poll, Governor Cuomo, without being a candidate nor having announced his political aspirations, has polled with just four (4) points behind Governor Kathy Hochul.

As you know, Governor Hochul was a friend and she was handpicked by Cuomo to be his Lieutenant Governor. However, she was among one of the first to throw him under the bus, in the midst of the allegations, launched against him.

I imagine that those four (4) points will evaporate very soon and Governor Hochul will have to consider asking Governor Cuomo for his support, if she wishes to be officially elected by the people to the governorship.

As President of the “New York Hispanic Clergy Organization”, I am looking forward to hosting Governor Cuomo on Thursday, March 17, 2022. We welcome him to the South… 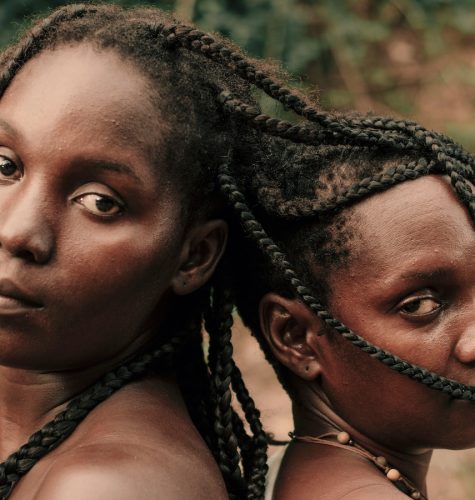 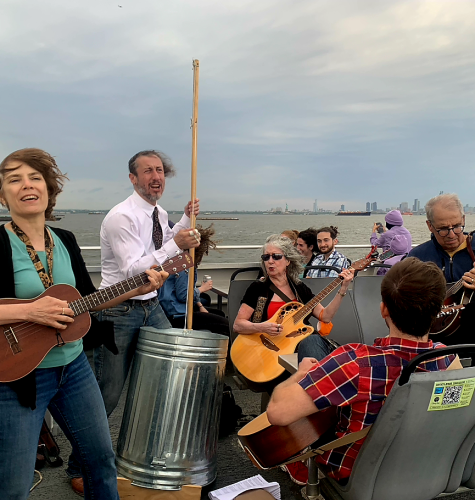 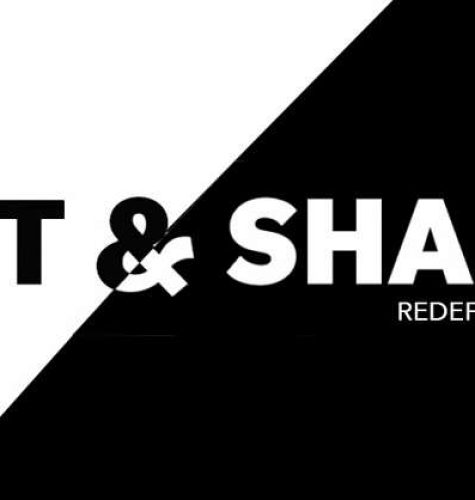 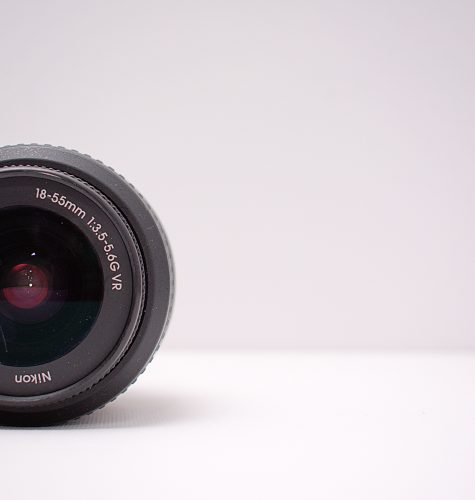 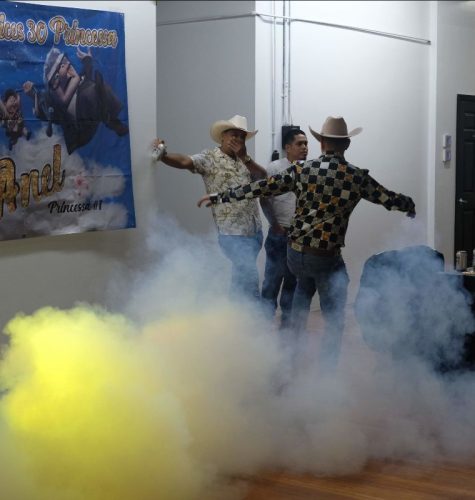 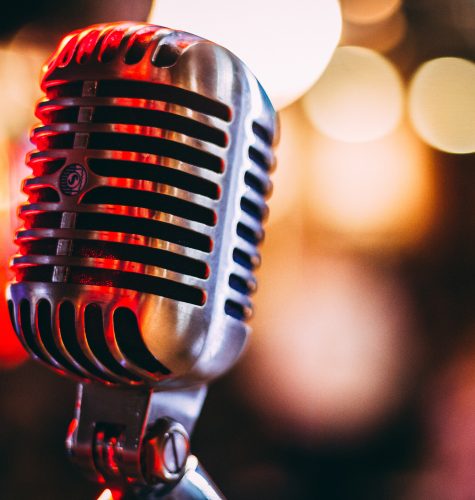 Of course, the children need to know advanced material. Just read, learn, and share because there is…

You may be in a GED class and feel that you need help. You are there to… 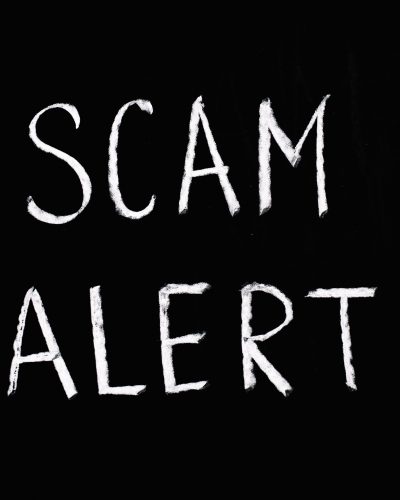 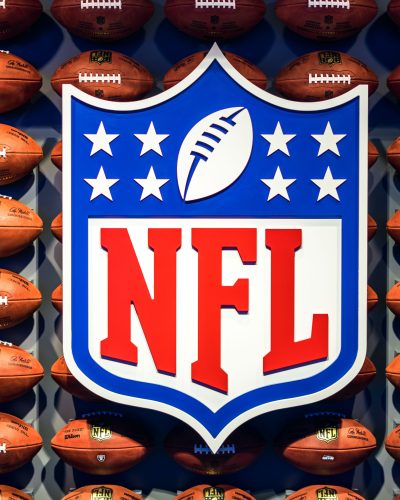 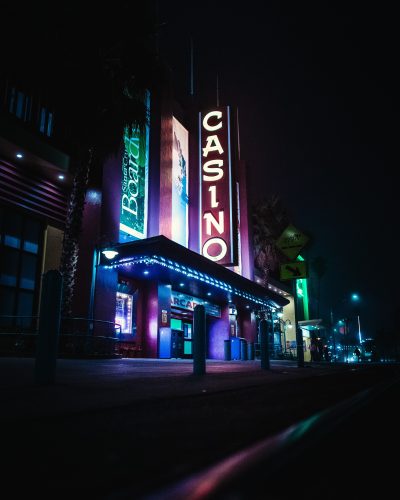 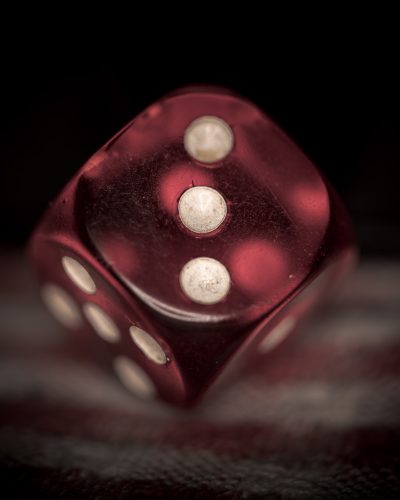 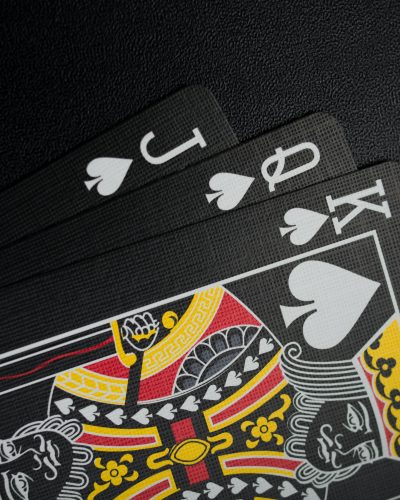 The Best Casino Licenses: Which Countries Have The Best Regulations? 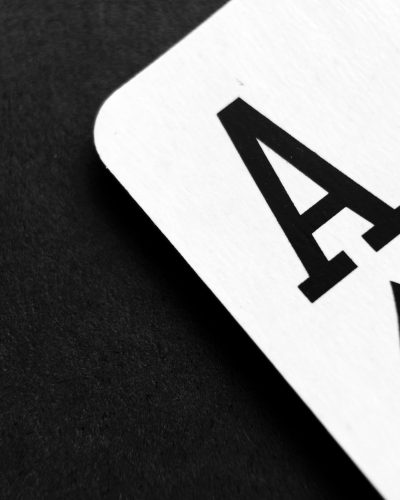 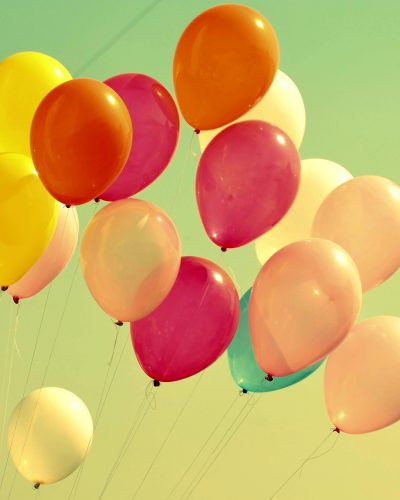 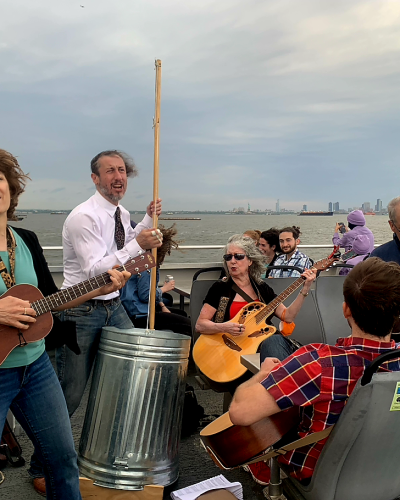 Why No Wagering Casinos Are A Great Option For You 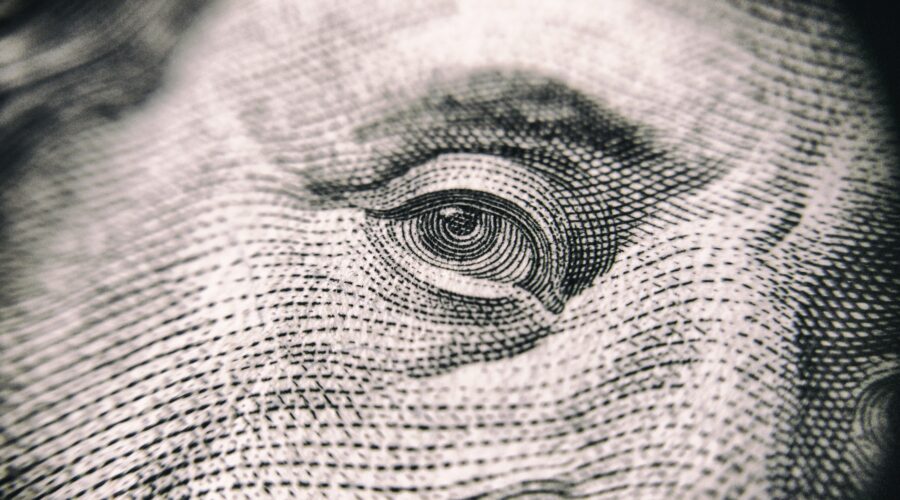 Backed by an initial $40 million commitment from Mayor Adams, the plan outlines a 15-year vision shared by the city and the community with more than 70 short- and long-term recommendations for creating family-sustaining jobs, improving public safety, enhancing community health and access to healthy food, promoting environmental justice, and delivering upgrades to open space, transportation, and other key community infrastructure.

“My vision for the city’s economic comeback starts right here in Hunts Point, in a community that kept the entire city fed during the CoViD-19 pandemic,” said Mayor Adams. “This plan delivers immediate support and a long-term vision to make sure Hunts Point residents have the public safety, health care access, and green space that all New Yorkers deserve. I want to thank Councilmember Salamanca for his leadership in this process and all of the community organizations and residents who took time to build this plan with us from the ground up; I look forward to working with all of them to continue to ‘Get Stuff Done.’”

“Today, the Adams administration is doubling down on our commitment to Hunts Point and to the families, small businesses, community-based organizations, and local stakeholders who make the neighborhood so unique,” said Deputy Mayor for Economic and Workforce Development Maria Torres-Springer. “I applaud this comprehensive and community-driven plan and believe that these investments will power a more equitable recovery and a better future for Hunts Point.”

“‘Hunts Point Forward’ is a plan for the…

MORE ARTICLES IN THIS CATEGORY

Buying a used car has a lot of advantages. The biggest one is that it is cheaper….

When you hear the words spring cleaning, what comes to mind? If you are like most people,…

After an accident, the biggest of your worries besides the cost of damages…

The new season of the NFL is here, and the draft for the season 2022-23 is over. A lot has happened during this period, and in a few weeks, the rollercoaster of emotions will be underway. Here, we will discuss some of the teams and their position for the game.

The Bills have drafted an incredible team. Their team is balanced and looks formidable, probably favorites to win this season. The reason for the Bills to be considered favorites is Josh Allen. He is an MVP contender for the 2022-23 season because he locked horns with Patrick Mahomes and gave him a tough time in an overtime playoff in 2021.

Since Allen joined them, the Bills have won 10 matches in three consecutive seasons. The chances are bright for them to win the AFC East title for the third time straight. Bills were also able to sign Von Miller, who will join hands with a sturdy defense, Tre’Davious White and Tremaine Edmunds.

The Chiefs are looking to strengthen their catching. They have traded Tyreek Hill to Dolphins and, in return, remodeled their offense. They have also recruited new faces, like JuJu Smith, Marquez Valdes, and Skyy Moore, to help Mahomes.

Patrick Mahomes still makes waves in the NFL betting. He will be marching the offensive attack this season with the newcomers, which makes him a… 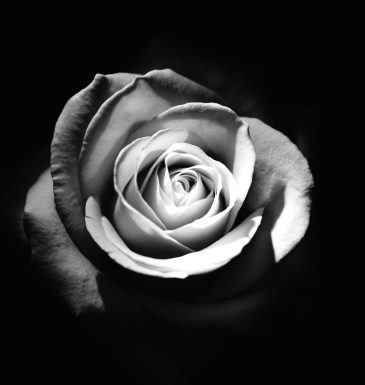 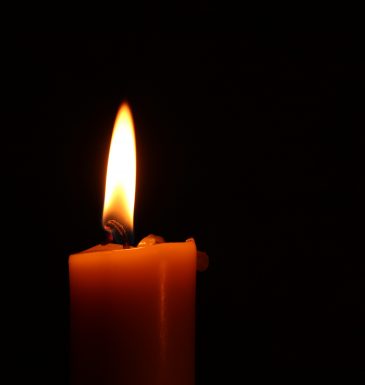