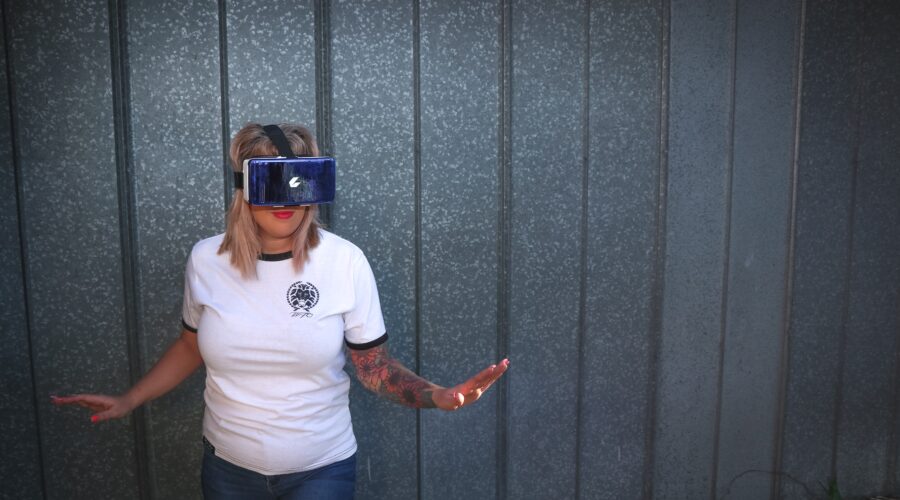 From Pokémon Go to Halo to virtual reality, there's been some giant leaps in gaming this past decade. But is there still more to come?

The gaming industry is a billion-dollar industry and things have certainly changed throughout its history, especially over the last decade. These days, you can game on numerous consoles as well as your smartphone and if you are looking for new casinos to have a flutter, you can visit MrCasinova.com South Africa online casinos and they will tell you where to go and what to play. It is all part of the way our lives have changed and how technology has aided in that change.

All of these technological advances have made the gaming industry worth a whopping $150 billion! And with that predicted to grow to a staggering $200 billion over the next three years, it is pretty obvious there is loads more to come. And that is incredibly exciting.

So let us take a trip down memory lane at the biggest innovations in the gaming world in the last decade to give us a wee taste of what may come.

Jameel Campbell, 42, Wanted For The Murder Of Ezequiel Rivera, 27

New York Attorney General Letitia James yesterday secured another major victory for immigrants across New York and the rest of the nation in her lawsuit against the Trump Administration’s Public Charge Rule. Attorney General James led a coalition — that…

By Jonas Bronck
Publisher
As New York continues to grapple with the pandemic’s impact on the housing affordability crisis, leaders in the affordable housing

Prevention Of Unlawful Rent Increases For Up To 6,200 NYC Households 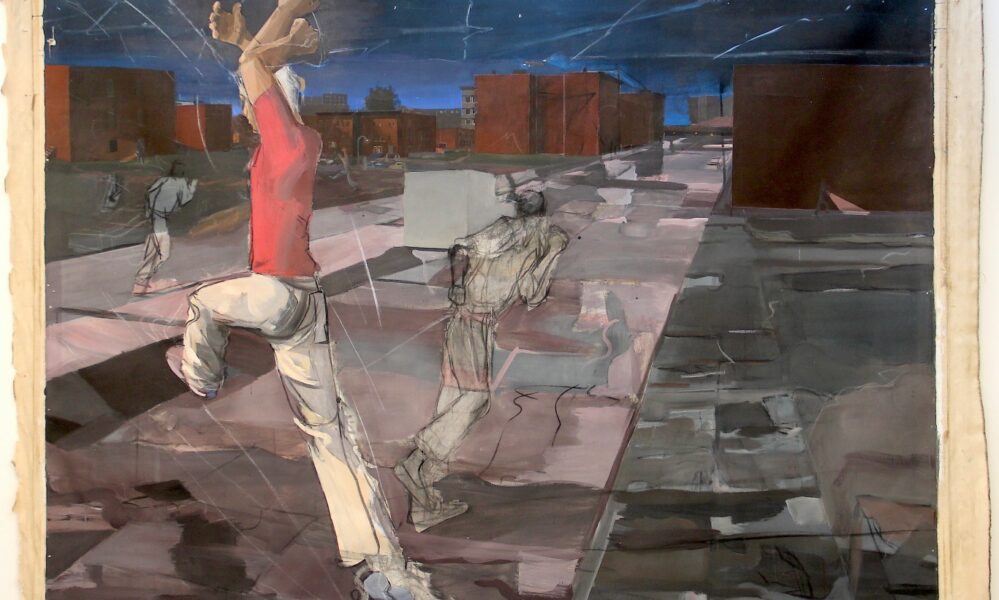 Bronx Council on the Arts (BCA) is kicking off the holiday season with an online art auction, accessible here, featuring works, acquired over four decades.

Purchase an art piece for yourself or for a loved one, while supporting BCA and the artistic community it serves.

Browse the art, place your bids and continue to stay tuned the rest of December for additional cohorts of art pieces available for bidding. 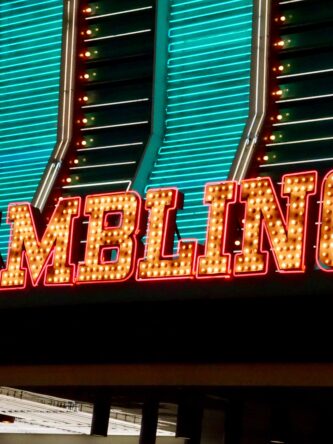 Online gambling is legal in numerous countries, including the United Kingdom. However, the rules regarding online gambling can be a little confusing for anyone living in the
Jonas Bronck | Nov 25, 2020 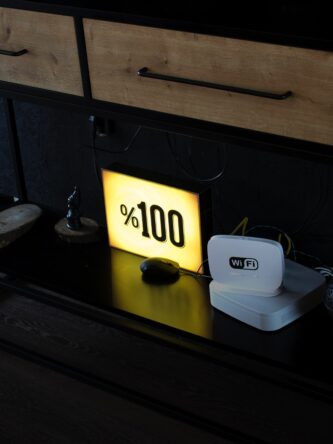 The Legal Aid Society and Milbank LLP – representing the Coalition for the Homeless and certain individual shelter residents and their children – filed a lawsuit today in the
Jonas Bronck | Nov 24, 2020 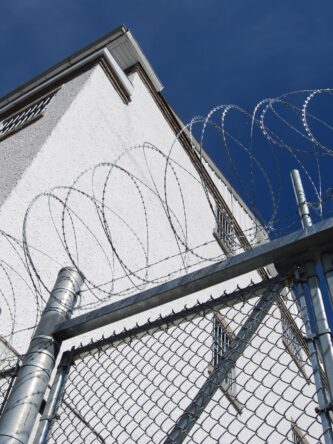 Food Insecurity Will Be A Defining Issue Of Our Time 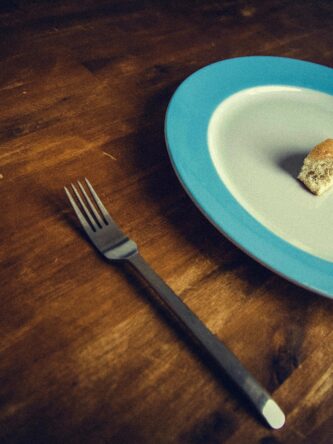 “Food insecurity will be a defining issue of our time. We must do everything we can to eradicate food insecurity in the Bronx, NYC, nation and worldwide.”
Jonas Bronck | Nov 23, 2020

By Jonas Bronck
Publisher
Recently, President Trump’s critics have ramped up their attempts to discredit his administration’s impressive environmental record with bluster and rhetoric

By Jonas Bronck
Publisher
In America today, the very notion of truth is under assault. Citizens vigorously disagree about matters of scientific evidence; about

By Jonas Bronck
Publisher
The New York City Police Department is asking for the public’s assistance in ascertaining the whereabouts of the unidentified male,

By Jonas Bronck
Publisher
The New York City Police Department is asking for the public’s assistance identifying the individual, depicted in the attached surveillance

Help Identify The Registered Owner Of This Vehicle

By Jonas Bronck
Publisher
The New York City Police Department is asking for the public’s assistance in identifying the registered owner of the vehicle, 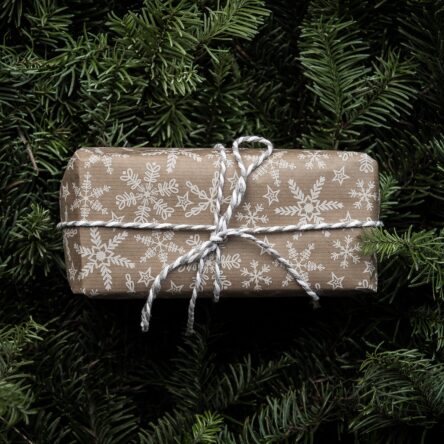 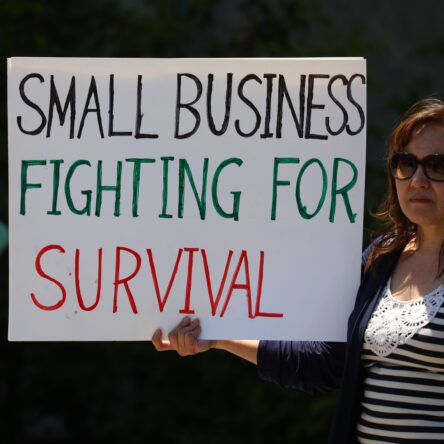 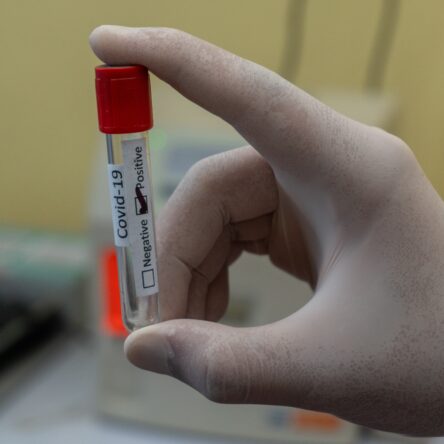 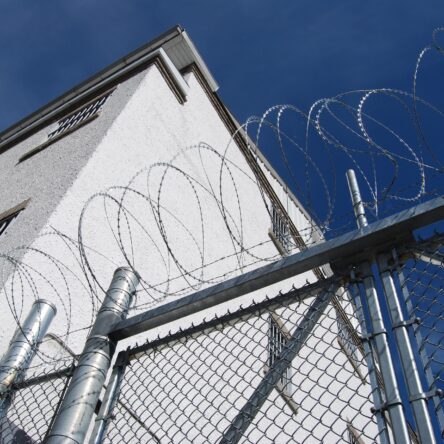 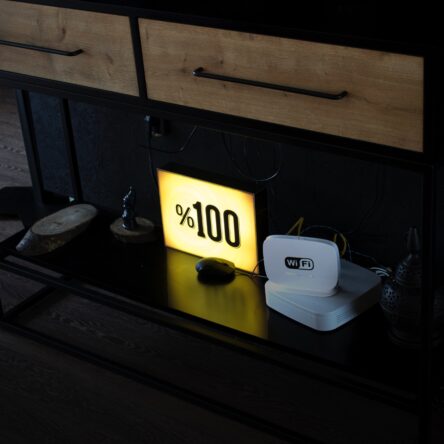 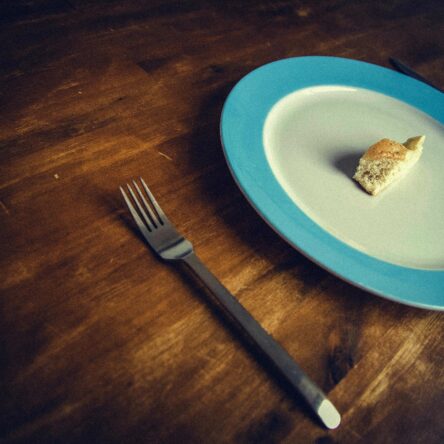 Food Insecurity Will Be A Defining Issue Of Our Time

Mario D’Agostino, who passed away June 14, 2020, was a true leader in his community in the Bronx and left his mark on the neighborhood and everyone, who had the pleasure of knowing him.

Mario was an honorable man, who changed people’s lives with his beautiful mind, strong work ethic, positive outlook on life and investing in his favorite part of NYC, the Bronx.

More than 1,500 entries were submitted this year…

You should know that Fausto Pichardo, Chief of Patrol of the New York City Police Department, has unexpectedly resigned.

Chief Pichardo is the second person of Dominican origin with a high position, who has suddenly resigned from the Police Department of this City, causing another loss among many in the Hispanic community, especially the Dominican community.

Chief Pichardo joins Inspector Flerida Vera, another Dominican, who also suddenly resigned from her position as a Commanding Officer of the 41st Police Precinct in the Bronx.

We all know that the Dominican community, because of the egotism and infighting within its political leadership, has recently lost some important positions. Among the losses are, Senator Marisol Alcantara, Senator Jose Peralta and Assemblywoman Aridia “Ari” Espinal.

It is important for you to know that the New York Hispanic Clergy Organization will be meeting this Thursday, October 15, 2020 at 10:00 a.m., at 1437 Longfellow Avenue in the Bronx.

The purpose of this meeting will be to discuss among other things, what we think is an act of discrimination, abuse and lack of respect for Hispanic police officers within Mayor Bill de Blasio’s Administration.

Statics show that 33% of the population in the City of New York is Hispanic and 30% of the police force are Hispanic, but in positions of power and leadership, within the Police Department, Hispanics are close to zero. 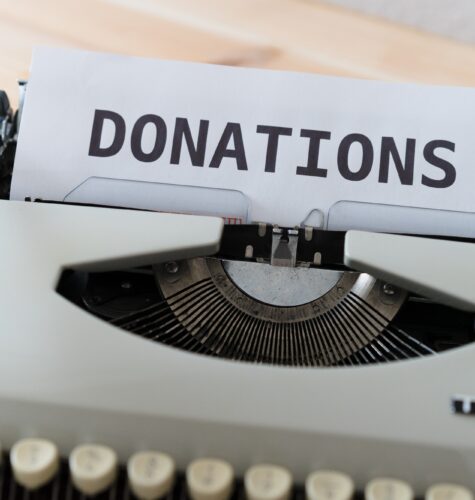 For 20 years, the Literary Freedom Project has been committed to creating 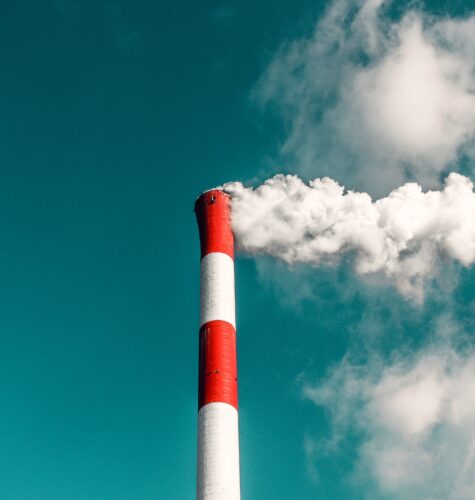 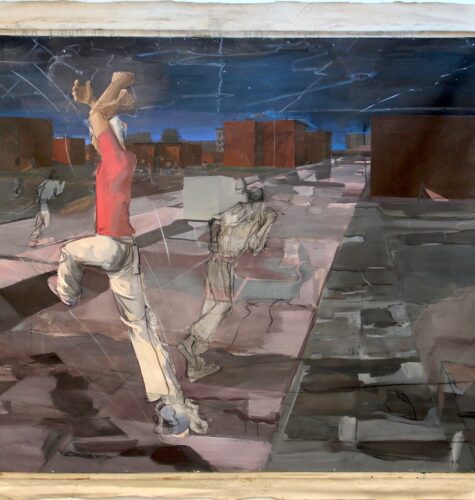 Bronx Council on the Arts (BCA) is kicking off the 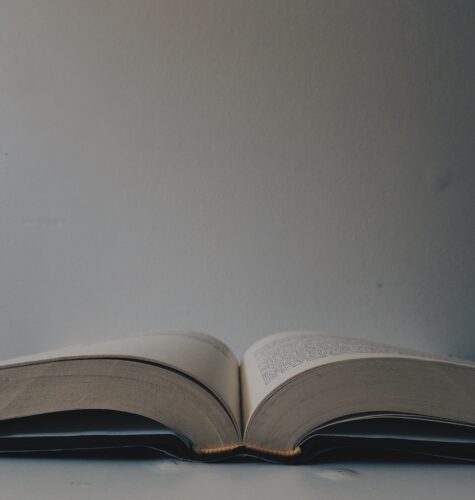 This is a special appeal to those who have shown 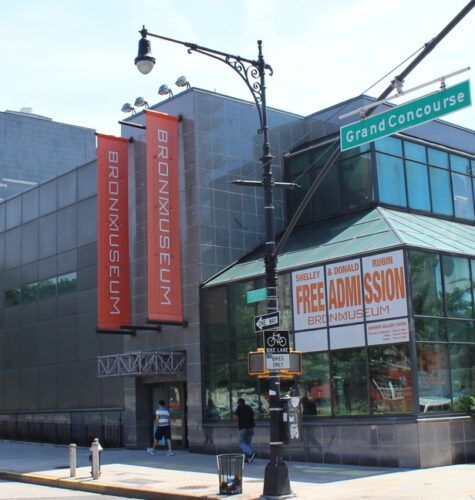 Join us for an afternoon of art making you can 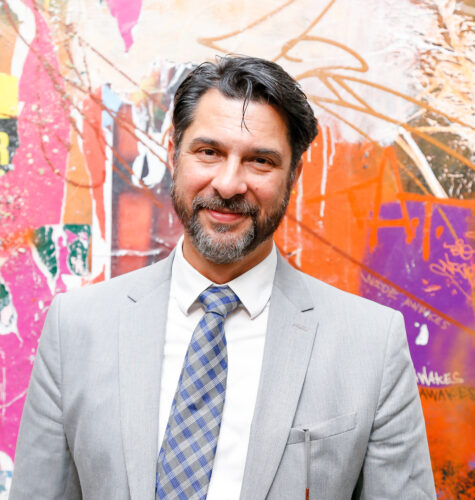 Joseph Mizzi, Chair of the Board of Trustees of The

For 20 years, the Literary Freedom Project has been committed to creating spaces that center literature and explore cultural narratives that help build pride for Black and Latinx culture.

Your donation will help One…

Join us for an afternoon of art making you can do from your home!

You must register to attend. Please do so here. We will send a link and password to enter this online event to all registered families.

Young Urban Christians & Artists, Inc. (YUCA) art students will paint a mural on the winterization shack and pantry for the Mott Haven Community Refrigerator on Saturday, November 14, 2020, at 11:00 a.m., at the intersection of 141st Street and St. Ann’s Avenue in the Bronx. A rain date is scheduled for Saturday, November 21, 2020. 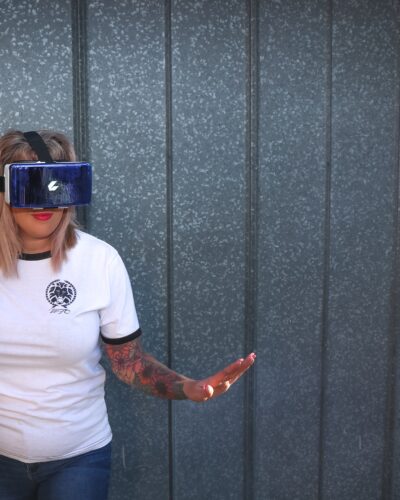 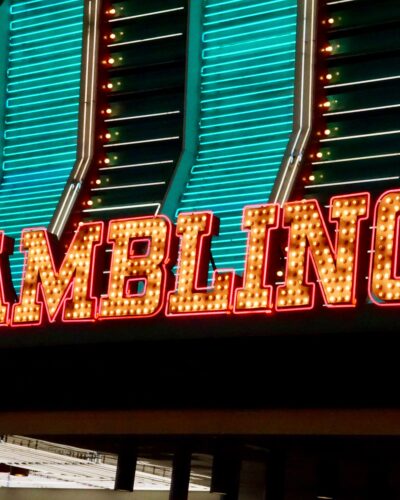 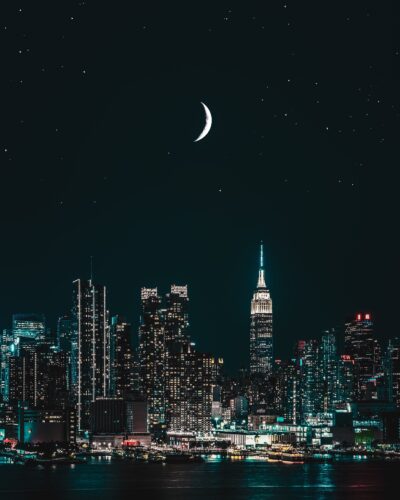 What To Expect When New York Gets Online Sports Betting 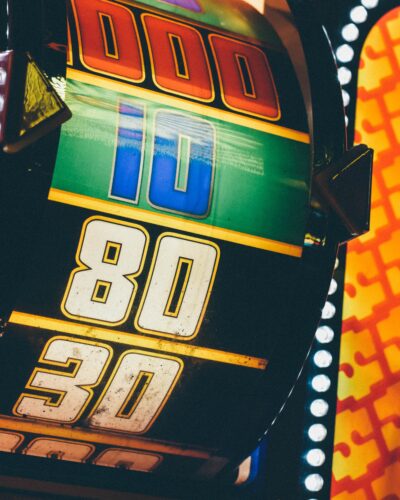 How Has The Online Gambling Industry Coped With COVID-19? 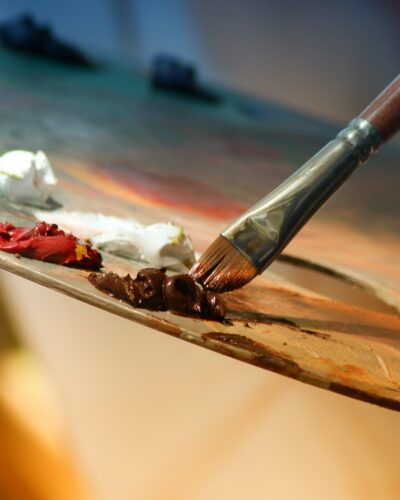 The Influence Of Gambling On Famous Art 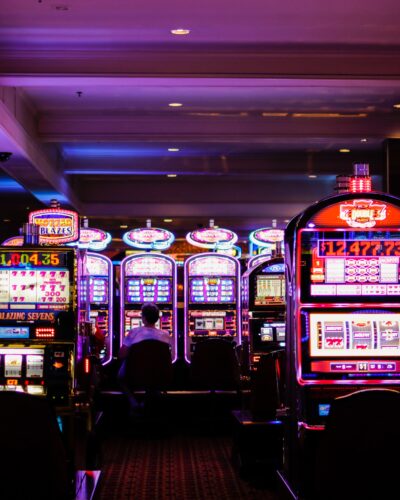 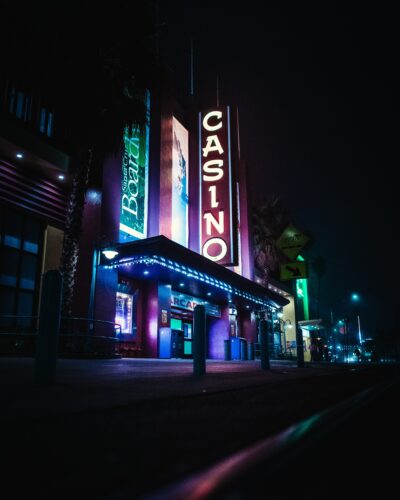 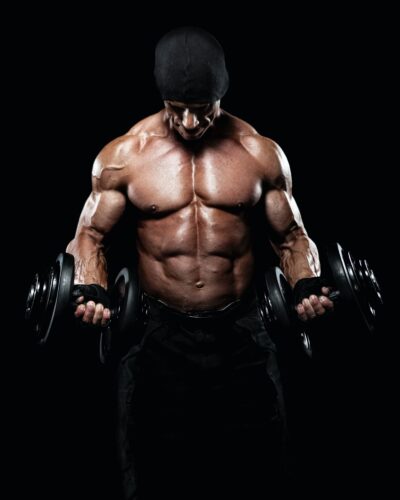 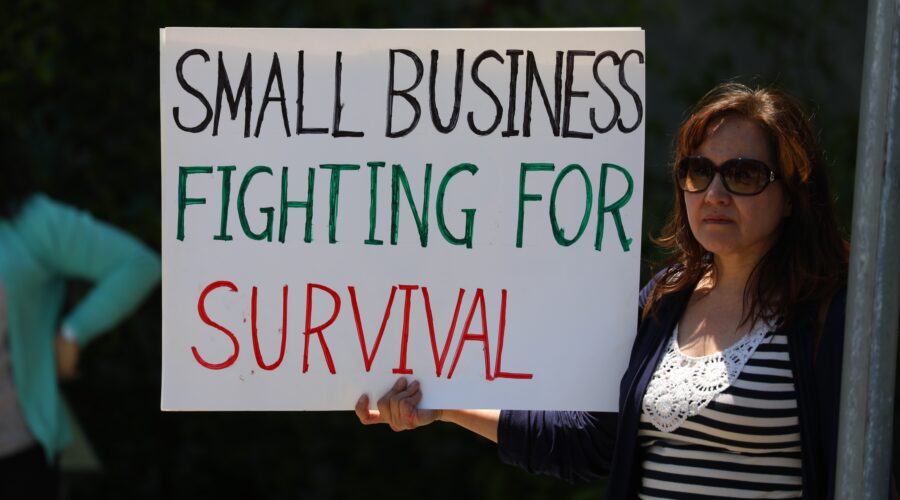 “Our fight against COVID-19 has been costly for the small businesses that anchor New York City’s neighborhoods. We are proud to offer real relief to help these business owners keep their teams together and continue serving their communities for years to come,” said Mayor Bill de Blasio.

“This crisis has brought devasting consequences to our local economy and impacted our most vulnerable communities. To achieve economic democracy, we must respond quickly with resources and capacity,” said J. Phillip Thompson, Deputy Mayor for Strategic Policy Initiatives and Co-Chair of the Racial Inclusion and Equity Task Force. “These robust financial programs will aid small businesses to help them build back stronger than before.”

“Now more than ever, Black, Latinx, and Asian businesses are struggling with access to capital. The launch of these programs is a targeted approach to provide relief efforts in communities that need it most,” said Jonnel Doris, Commissioner of the NYC Department of Small Business Services and Co-Chair of the Racial Inclusion and Equity Task Force. “The City is committed to making sure all small businesses have the resources they need to get them back on their feet during these extraordinary times.”

“Advancing a strong recovery means providing the communities hardest hit by COVID-19 with the resources they need to rebuild,” said James Patchett, president, and CEO of New York City Economic Development Corporation. “Our minority-owned businesses were disproportionately impacted by the pandemic and their resurgence is key to the City’s long-term success. These funds will provide a critical lifeline that will help these businesses recover and continue to enrich and strengthen their communities for years to come.”

Avoid Getting Hit With Tax Bill From Unemployment Insurance Payments

The New York State Department of Taxation and Finance today encouraged New Yorkers to review their current tax situation. By taking a…

Standing alongside fellow Brooklynite Jerry Seinfeld, U.S. Senator Charles Schumer pushed a plan, today, to save the many stages of…

Originally slated to take place in late October, The Tour de Bronx — largest free bicycle event in the state — was cancelled due to the gathering restrictions caused by the COVID-19 pandemic. In its place, the Bronx Borough President’s office and The Bronx Tourism Council partnered with Ride with GPS app to create virtual cycling routes where cyclists ride one of the three paths — “Bronx Riviera,” “Boogie Up The Bronx Jr.” and “8 Wonders of the Bronx.”

The Tour de Bronx 2020 routes were sponsored by Montefiore Medical Center, the Albert Einstein College of Medicine, Target, Zipcar, Citi Bike, BronxCare Health System, SBH Health System, Transportation Alternatives and Patricia Lynch Associates, and will ran on the Ride with GPS app from October 10 to November 08, 2020. Borough President Diaz, Jr. and The Bronx Tourism Council launched the revamped Tour de Bronx on Saturday, October 10, 2020, riding with borough residents along the “Boogie Up The…

When there is an emergency in New York City, New 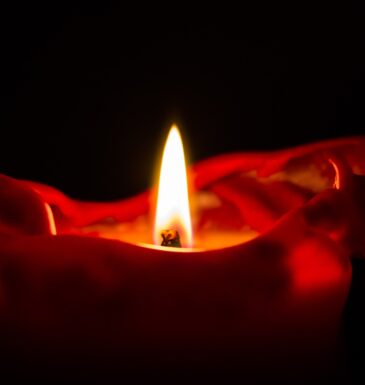 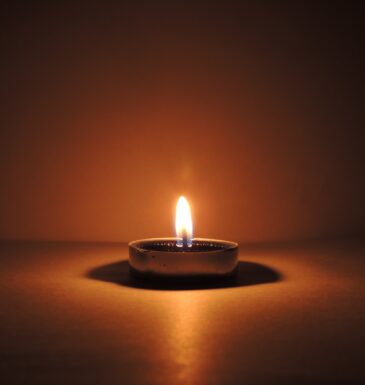 The Legal Aid Society released the following statement in response to the passing of Christopher Cruz,
1,541
20 secs 10