Acting U.S. Attorney Audrey Strauss said: “These defendants, senior LIRR and New York City Transit employees, allegedly made themselves some of the highest-paid employees at the entire MTA by claiming extraordinary, almost physically impossible, amounts of overtime. As alleged, those almost impossible claims were fueled by brazen, repeated fraud, including falsely claiming to be working overtime hours while the defendants were at their homes or, in some instances, bowling. All New Yorkers ultimately bear the burden of fraud targeting our mass transit systems, and we will continue to work tirelessly to expose and prosecute those who engage in it. Our investigation remains ongoing.”

FBI Assistant Director William F. Sweeney, Jr. said: “Today we have arrested five individuals, all senior MTA employees, for their role in an incredibly blatant overtime fraud scheme. In the case of at least one defendant, the excessive compensation he received from the MTA was equivalent to purportedly working 10 additional hours a day, every day, for 365 days. The others were not far behind, collectively earning more than $1 million in overtime pay. This type of double-dealing directly contributes to rising MTA fares for the average, hardworking commuter. Today these individuals learned the end of this line is the federal courthouse here in Lower Manhattan. If you or someone you know has additional information regarding this case, we want to hear from you. You may reach us by calling 1-800-CALL-FBI.”

MTA Inspector General Carolyn Pokorny said: “These employees allegedly worked very hard – to steal MTA time and money, ignoring their duty to keep the tracks and rails safe for their fellow workers and riders. For MTA employees who earn hundreds of thousands of dollars a year, it takes some nerve to steal overtime by only working a fraction of your shift – if at all. The situation underscores what our Office has been saying, again and again – the lack of management systems and controls at the MTA creates an environment where fraud could easily occur undetected – and it did, as alleged in these criminal complaints. When employees are on the clock, management needs to know that they are actually working, and not – say, enjoying concerts in Atlantic City, vacationing at resorts, or competing in a bowling league. In grateful cooperation with our law enforcement partners at the Office of the U.S. Attorney for the Southern District of New York and the FBI, MTA OIG continues to probe how these defendants allegedly succeeded in stealing so much overtime.”

According to the allegations in the LIRR Complaint and the NYC Transit Complaint (the “Complaints”):[1]

CAPUTO, RUZZO, NUGENT, BALESTRA, and GUNDERSEN each schemed to fraudulently receive thousands of dollars in compensation from the MTA by falsely claiming to have worked hundreds of voluntary overtime hours (and in the case of GUNDERSEN some regular time hours as well) that in fact they did not work. The overtime pay the defendants claimed led to significant increases in their salary and led to them being among the highest-paid MTA employees, and in the case of CAPUTO, the highest-paid MTA employee in 2018.  The defendants frequently volunteered for overtime and then claimed to have been working lucrative overtime shifts at times when they were in fact at home or at other non-work locations, such as, in the case of CAPUTO, a bowling alley, or in the case of GUNDERSEN, family vacations.

The Defendants’ Employment at the MTA

The MTA runs North America’s largest transportation network, providing bus, subway and rail service to a population of more than 15 million people in New York City and the surrounding areas. The MTA’s operating agencies include the LIRR, a commuter railroad providing service between Manhattan and locations on Long Island, and NYC Transit, which operates New York City subways and buses.

In addition to their regular duties, CAPUTO, RUZZO, NUGENT, and BALESTRA each volunteered to work and were assigned a number of lucrative overtime shifts during which they were required to, among other things, support third-party contractors working on construction projects on or around LIRR properties. These voluntary overtime shifts were offered to LIRR employees in order of their seniority under the applicable union collective bargaining agreements, enabling CAPUTO, RUZZO, NUGENT, and BALESTRA to be assigned large numbers of voluntary overtime shifts due to their seniority.

GUNDERSEN is a current NYC Transit employee.  Since in or about 2015, GUNDERSEN has been a Maintenance Supervisor Level II, which requires him to, among other things, provide managerial-level oversight and support of Third Rail Contract Compliance and Circuit Breakers.

In 2018, CAPUTO was paid approximately $461,000 by the MTA. Of that amount, approximately $117,000 comprised his base salary and other forms of compensation apart from overtime, while the additional approximately $344,000 was paid for overtime that CAPUTO ostensibly worked. In total, this made CAPUTO the highest paid employee at the MTA during 2018 – higher than, for example, the Chairman of the MTA.

In 2018, CAPUTO claimed to have worked approximately 3,864 overtime hours, on top of 1,682 regular hours. That is, if CAPUTO had worked every single calendar day in 2018 including weekends and holidays (although he did not), that would average out to approximately 10 hours of overtime every day for an entire year in addition to his regular, 40-hour work week.

Similarly, RUZZO, NUGENT, BALESTRA, and GUNDERSEN also claimed to have worked and were paid for an excessive number of overtime hours in 2018. Each of them was paid over $240,000 in overtime alone, putting each of them within the top 12 highest paid employees at the MTA during 2018. These payments were based on reported amounts of overtime hours ranging from 2,918 to 3,914, which if the defendants had worked every calendar day in 2018 would average out to approximately 8 to 10 hours for every single day, in addition to the employee’s regular 40-hour work weeks.

The Defendants’ Frequent Absences from Work

Staffers from the Office of the MTA Inspector General (“MTA OIG”) have worked with criminal investigators to perform a detailed review of the hours claimed to have been worked by the defendants in or around calendar year 2018. This investigation, among other things, compared the time records for CAPUTO, RUZZO, NUGENT, BALESTRA, and GUNDERSEN with various records that established their true whereabouts, such as location information for their cellular phones, bank records, MTA building access card data, work and personal emails and social media records, and records from third parties such as a bowling alley where CAPUTO participated in bowling league games despite claiming to work an average of 10 hours of overtime every single day of 2018.

In sum, the MTA OIG’s investigation reflects that CAPUTO, RUZZO, NUGENT, BALESTRA, and GUNDERSEN were each absent from work for hundreds of hours, for which they falsely claimed to have been present and worked in time reports submitted to the MTA. As a result, each received at least thousands of dollars in unjustified and fraudulently obtained compensation.

For example, CAPUTO claimed to have worked, and was paid for, a regular shift from 07:30 a.m. to 03:30 p.m. on October 11, 2018, followed by an overtime shift at the West Side Yard in Manhattan (the site of a construction project in the vicinity of West 34th Street near the Hudson River) from 04:00 p.m. until 07:00 a.m. on October 12. However, CAPUTO’s phone records revealed that CAPUTO made several calls while in the vicinity of his residence in Suffolk County during his overtime shift on October 11, and records maintained by a bowling alley in Suffolk County revealed that he participated in a bowling league game beginning at 07:30 p.m. that night – i.e., hours into his shift.

Similarly, GUNDERSEN claimed to have worked, and was paid for, back-to-back overtime shifts from 04:00 a.m. on September 29, 2018 to 12:00 a.m. on September 30, 2018, and was paid for 20 hours of overtime during that period.  GUNDERSEN did not use any vacation time for this period, instead claiming in his time reports to be at work.  However, several weeks later, GUNDERSEN sent himself an email attaching three photographs with metadata showing the images were taken at 03:05, 03:28, and 03:30 p.m. on September 29, 2018 – i.e., in the middle of the shifts described above. These photographs (one of which was posted to GUNDERSEN’s wife’s Facebook account) show GUNDERSEN and his family at a farm in Manalapan, New Jersey. GUNDERSEN’s telephone records reflect that he engaged in two phone calls from the vicinity of Manalapan at 01:09 p.m. and 04:07 p.m. on September 29, 2018, also in the middle of the overtime shifts he claimed to have worked.

The statutory maximum penalty is prescribed by Congress and is provided here for informational purposes only, as any sentencing of the defendants would be determined by the judge.

Ms. Strauss praised the outstanding investigative work of the FBI and MTA OIG, and encouraged anyone with any information regarding overtime fraud or abuse at the MTA to contact the MTA OIG at 800-MTA-IG4U (800-682-4448), online at mtaig.state.ny.us/ComplaintForm.aspx, or via email at complaints@mtaig.org.

This case is being handled by the Office’s Public Corruption Unit. Assistant U.S. Attorneys Paul M. Monteleoni, Aline R. Flodr, and Thomas A. McKay are in charge of the prosecution.

The allegations contained in the Complaints are merely accusations, and the defendants are presumed innocent unless and until proven guilty. 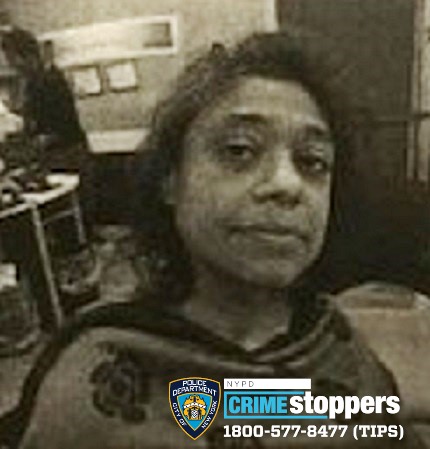 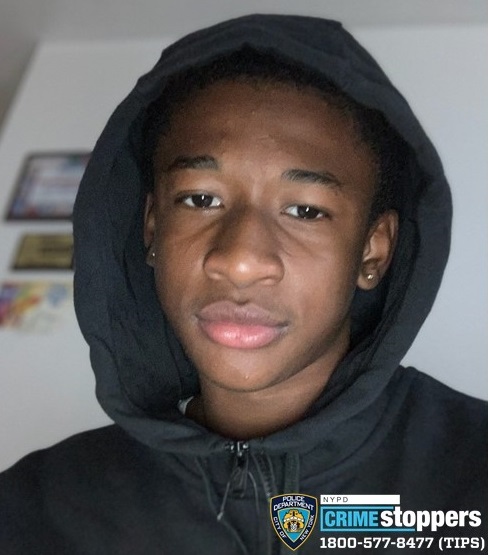