New York City Department of Environmental Protection (DEP) Commissioner Carter Strickland today announced that twelve community-based stormwater management projects have been chosen to receive a total of $4.7 million in funding through the 2013 Green Infrastructure Grant program, which will be augmented by $1.1 million in matching funds from the recipients.

Once completed, the twelve projects selected for funding today will prevent approximately 5.5 million gallons of stormwater from entering the combined sewer system each year, reducing combined sewer overflows (CSO) into local waterways. The grant program will help meet the goals of the NYC York City Green Infrastructure Plan, which has the ambitious goal of capturing the first inch of rain that falls on 10 percent of the city’s impervious surfaces in combined sewer areas through a combination of city-built projects in streets and sidewalks, regulations for new development and redevelopment, and retrofits of existing development. The announcement was made on the rooftop of the former Pfizer, Inc. building in Williamsburg, Brooklyn, the future home to a 26,550 square foot green roof. Other projects receiving funding this year include a green roof at the Montefiore Medical Center Wakefield Campus, a permeable parking lot at the New York Botanical Garden, a rain garden with the Bedford-Stuyvesant Restoration Corporation, and a permeable plaza at Queens College.

“Properly managing stormwater is essential to the health of our local waterways and the grant program allows us to engage local community groups and property owners in greening the city,” said DEP Commissioner Carter Strickland. “Under the leadership of Mayor Bloomberg, DEP has launched an aggressive campaign to install green infrastructure on City-owned property and, by combining public and private funding, the grant program encourages property owners to do their part to manage stormwater while simultaneously increasing the value of their property.”

“Bravo to the Department of Environmental Protection and Commissioner Strickland for helping to enhance the quality of Brooklyn and New York City’s waterways,” said Brooklyn Borough President Marty Markowitz. “This funding encourages green and environmentally friendly development which will ‘trickle down’ to ensure healthier living conditions for all Brooklynites. I applaud all of the DEP’s selections, and know that every ‘drop’ of their support will go to good use.”

“The projects identified by DEP for matching grants serve as valuable models for reducing the amount of stormwater entering our sewer system,” said Manhattan Borough President Scott Stringer. “As these and similar projects proliferate our City, we will reduce the potential for raw sewage being dumped into our waterways during significant storms. I look forward to continuing to work with DEP and Commissioner Strickland on the Green Infrastructure Grant Program, which will help meet important citywide goals from compliance with the Federal Clean Water Act to active recreation on waterfronts.”

“I am very happy to see that Queens College will be one of the institutions receiving awards as part of the city’s enormously vital Green Infrastructure Grant Program,” said Queens Borough President Helen Marshall. “The college will be using the grant to retrofit its Dining Hall Plaza with rain gardens, permeable pavers and trees. In addition to beautifying the campus, the project will manage nearly 20,000 gallons of stormwater runoff per year, keeping that water out of the sewer system and ultimately out of Queens waterways.”

“I want to congratulate this year’s Green Infrastructure grant recipients. Through building community connections like these, we are making significant inroads in cleaning up New York Harbor by managing stormwater runoff before it enters our sewer system,” said Council Member James F. Gennaro (D-Fresh Meadows), chair of the City Council’s Environmental Protection Committee. “The efforts made by educational institutions, nonprofits and other groups augments important legislation passed by the City Council to reduce runoff and improve water quality. I applaud the Department of Environmental Protection for taking the lead on green infrastructure initiatives and for being a beacon to other cities on the road to good stormwater management.”

This is the third year of the Green Infrastructure Grant Program. In total DEP has awarded over $10 million in funding to 30 different partners, who in turn have contributed $5.4 million in matching funds. The 30 projects will prevent 15 million gallons of stormwater from entering the combined sewer system each year. Notable projects that have completed construction include a 43,400 square foot green roof at the Brooklyn Navy Yard and permeable pavers and rain gardens at Queens College. Preference for grants was given to proposals that would provide cost-effective stormwater controls, matching funds or other contributions, and other benefits such as increased shade, decreased energy use for cooling buildings, increased awareness about stormwater management, and increased community stewardship. The winning projects were selected by an interagency Review Committee made up of representatives from the New York City Departments of Buildings, Design and Construction, Environmental Protection, Parks and Recreation, and the NYS Department of Environmental Conservation (DEC). As described in the Amended Consent Order entered into by DEP and DEC, $1,000,000 of the total grant award will be funded through the Environmental Benefits Program and will be undertaken in connection with the settlement of an enforcement action taken by DEC for violations of New York State law and regulations.

New York City, like other older urban communities, is largely serviced by a combined sewer system where stormwater collected on streets and sidewalks, and wastewater are carried through a single sewer line to treatment plants. The city’s 14 treatment plants can manage and treat to federal Clean Water Act standards dry weather base flows and even stormwater combined with baseflows to twice the normal dry weather flows. However, during many storms, the stormwater generated by pavement, rooftops, and other impervious surfaces exceeds that capacity and CSOs are discharged into local waterways. If the overflows were not discharged, the City’s wastewater treatment plants would be flooded and severely damaged.

The Abington will be a high-rise multi-family development on the west side of Manhattan. Located in the East River watershed, the proposed project will feature two stormwater detention tanks, a riser to the cooling tower, connection to the building’s irrigation pumps and Building Management System Controls. The system will collect approximately 13,960 gallons of stormwater runoff that will be used for the cooling tower and irrigation of landscaped areas on the site. The project will be a model for both stormwater management and water conservation practices.

The Ballet Tech Foundation building is dedicated to the nonprofit performing arts. Located in the East River watershed, Ballet Tech is providing over $400,000 in matching funds and proposed a 15,500 square foot green roof that will manage approximately 19,324 gallons of stormwater runoff. Ballet Tech will partner with the Sustainable South Bronx’s Community Greening Initiatives Program which offers green jobs training for the maintenance of the green roof system.

Cypress Hills Local Development Corporation (CHLDC) is a 28-year old, community-based, non-profit organization in Brooklyn’s Cypress Hills/East New York neighborhood. CHLDC will build a 3,200 square foot green roof across the entire roof of 160 Hendrix Street, which is located in the Jamaica Bay watershed. The green roof will manage approximately 3,367 gallons of stormwater runoff and will be included in CHLDC’s Verde program, a holistic sustainability program geared towards making Cypress Hills a greener, healthier, and safer place to live.

The Jewish Association Serving the Aging (JASA) proposed multiple types of green infrastructure technologies. Located in the East River watershed, the proposed project will manage approximately 10,000 gallons of stormwater runoff. The SUSTAIN project, a partnership between the community arts group Fourth Arts Block and The Cooper Union Institute for Sustainable Design also contributed to the proposal. Students at The Cooper Union will study the art, architecture, and engineering practices embedded in the project’s development.

Montefiore Medical Center proposed a nearly 25,000 square foot green roof over three roof areas and one courtyard space that will be accessible to the public. Located in the Bronx River watershed, the green roof will feature perennial shrubs and wildflowers. This green infrastructure installation will be included into Montefiore’s larger sustainability initiatives and will be designed to manage over 36,000 gallons of stormwater runoff.

The New York Botanical Garden is a National Historic Landmark that maintains one of the world’s greatest collections of flora. The Botanical Garden proposed to manage approximately 17,500 gallons of stormwater runoff from the Watson Drive parking lot. As a vital community partner in the Bronx, the Botanical Garden has been a leader in garden-based education for Bronx and New York City teachers and school children. The Watson Drive project will reinforce the practice of stormwater management that NYBG’s Bronx Green-Up program currently promotes through workshops in collaboration with GrowNYC.

The proposed project is to install a 26,550 square foot green roof on the historic Pfizer Building in North Brooklyn. Located in the East River watershed, the building was once the location for the manufacturing and distribution of pharmaceuticals. Acquired by Acumen Capital Partners LLC in 2008, the building now houses over 50 tenancies from artisanal food manufacturers to research scientists. The green roof will manage approximately 32,445 gallons of stormwater runoff.

SoBRO has over 40 years of experience developing and managing commercial and residential properties. SoBRO proposed two projects. The first is an extensive green roof to be installed at the Venture Center, a small business incubator with 32 offices housing a variety of small business startups. The second is an intensive green roof that will feature a mix of edible and ornamental plants. Brooklyn Grange, a commercial, sustainable rooftop farm has partnered with SoBRO on the design and construction of these rooftop projects. Both rooftop projects will be installed by participants in SoBRO’s job training and youth employment programs. Located in the East River watershed, both projects will manage an estimated 14,000 gallons of stormwater runoff.

Two Bridges Neighborhood Council (TBNC) proposed a rain garden on a currently impermeable terrace at Two Bridges Tower, a privately-owned non-profit subsidized housing and social services facility on the Lower East Side in the East River watershed. The proposed project will manage approximately 8,759 gallons of stormwater runoff. TBNC offers afterschool and summer camp programming and will engage children and building residents’ in environmental education and stewardship.

DEP manages New York City’s water supply, providing more than one billion gallons of water each day to more than nine million residents, including eight million in New York City. The water is delivered from a watershed that extends more than 125 miles from the city, comprising 19 reservoirs and three controlled lakes. Approximately 7,000 miles of water mains, tunnels and aqueducts bring water to homes and businesses throughout the five boroughs, and 7,500 miles of sewer lines and 96 pump stations take wastewater to 14 in-city treatment plants. DEP has nearly 6,000 employees, including almost 1,000 in the upstate watershed. In addition, DEP has a robust capital program, with a planned $14 billion in investments over the next 10 years that will create up to 3,000 construction-related jobs per year. This capital program is responsible for critical projects like City Water Tunnel No. 3; the Staten Island Bluebelt program, an ecologically sound and cost-effective stormwater management system; and the city’s Watershed Protection Program, which protects sensitive lands upstate near the city’s reservoirs in order to maintain their high water quality. For more information, please visit here. 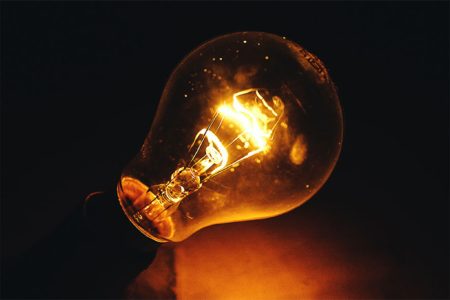 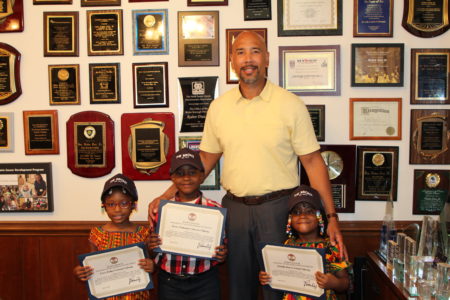 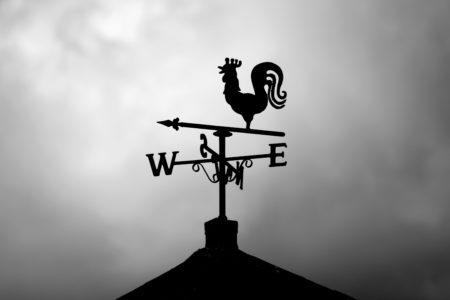