Department of Consumer Affairs (DCA) Commissioner Jonathan Mintz announced last week that DCA’s investigations of supermarkets throughout New York City resulted in a compliance rate of only 48 percent. In the five New York City neighborhoods with the highest poverty levels, all of which are in the Bronx, the compliance rate was only 36 percent.

“It is a supermarket’s responsibility to ensure that its products are accurately priced and its customers are correctly charged, but with half the supermarkets in the City receiving violations, it is clear that they are failing their customers,” said Commissioner Mintz. “We’ve conducted extensive education, met repeatedly with representatives of the supermarket industry, and issued hundreds of thousands of dollars in violations and there has been no improvement. Because thousands of New Yorkers continue to be overcharged, I’ve directed our inspectors to double the number of inspections in the coming year.”

These results come at the end of a yearlong, comprehensive enforcement sweep of supermarkets in all five boroughs, in which DCA conducted 983 inspections and issued 516 violations. Supermarkets had the second lowest compliance rate of all industries that DCA inspected in 2010. DCA also inspects bodegas, which have a compliance rate of 82 percent Citywide and 94 percent in the five poorest neighborhoods.

The charged supermarkets could face more than $380,000 in fines to the City. DCA inspectors checked for a variety of potential violations, including inaccurate check-out scanners, lack of prices on individual items, taxation of items that are not taxable, improperly weighed food, and unavailability of scales for customers.

The most common violation was for lack of item pricing, which occurs when individual items do not have price tags. Additionally, nearly one in three times, supermarkets got it wrong at the cash register, making the lack of item pricing even more harmful to consumers’ pocketbooks. Citywide, 48 percent of the supermarkets inspected charged incorrect taxes or incorrectly collected taxes on bottle deposits. In the five neighborhoods with the highest poverty levels, 58 percent of supermarkets were charged with these violations.

To file a complaint about a supermarket overcharging, call 311 or visit nyc.gov/consumers. For smart shopping tips, download DCA’s guide Saving at the Supermarket or call 311 and request a copy of the supermarket shopping guide.

The Department of Consumer Affairs enforces the Consumer Protection Law and other related business laws throughout New York City. Ensuring a fair and vibrant marketplace for consumers and businesses, DCA licenses more than 71,000 businesses in 55 different industries. Through targeted outreach, partnerships with community and trade organizations, and informational materials, DCA educates consumers and businesses alike about their rights and responsibilities. DCA’s Office of Financial Empowerment, launched by Mayor Michael R. Bloomberg’s Center for Economic Opportunity, is the first municipal office of its kind in the nation with a mission to educate, empower and protect New Yorkers with low incomes. DCA’s OFE administers a citywide network of Financial Empowerment Centers and other products and services that help these New Yorkers make the best use of their financial resources to move forward economically. For more information, call 311 or visit DCA online here.

Know your rights at the register: 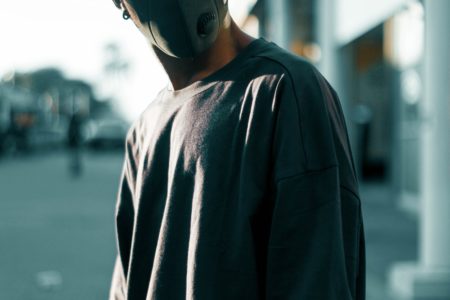