Mayor Bill de Blasio today announced the City’s efforts to break the cycles of gun violence, specifically among young people, were recognized by the U.S. Department of the Treasury, which is awarding a $20.5 million grant in support of the City’s ongoing work by Cure Violence providers in its Crisis Management System (CMS) network.

“New York City has demonstrated time and again that the most effective solutions to gun violence come from the grassroots,” said Mayor Bill de Blasio. “Investments by this administration in community-based violence prevention programs have increased public safety, stemmed violence, and saved lives. I am grateful to the Treasury Department and the Biden-Harris administration for their recognition—this grant will allow us to further invest in these proven programs and build a safer city for all.”

“Gun violence is a horrific problem in this country, and it is never more tragic than when young people are involved,” Secretary of the Treasury Janet L. Yellen. “Obviously, addressing this issue will require many different solutions, but one that Treasury is proud to support involves community efforts to intervene with at-risk youth. The Biden-Harris Administration is committed to working with communities to ensure that they – and the young people who live there – are safe.”

“Today’s announcement highlights the many layers of success our gun violence interrupters have on the streets in our communities. On top of saving lives, our CMS partners are now seeing a reinvestment into our communities thanks to the economic impact of their work,” said Mayor’s Office of Criminal Justice (MOCJ) Director Marcos Gonzalez Soler. “These funds will help us focus directly on our continuing efforts to break the cycle of violence among one of our must vulnerable populations: our youth. My thanks to the Treasury Department’s recognition of this deeply important work.”

A Federal reinvestment program signed into law in early 2018, SIPPRA gives state and local governments an opportunity to be awarded for “pay-for-results” projects that can show direct and tested improvements in one of a number of social service categories.

Led by MOCJ Director Soler, and in partnership with the University of Chicago and John Jay College, the City’s application provided concrete analysis of the economic benefit of the City’s gun violence interruption programming. Using hospital and other data, MOCJ is able to calculate the savings CMS and its providers have on programs like Medicaid. For example, pre-pandemic evaluations show that, from 2014 to 2019, gun injuries in four selected CMS sites decreased by 50% compared to a 32% reduction in matched sites without CMS. Fewer gun injuries and hospitalizations translate into real economic savings and healthier communities.

The City competed with 35 other government applicants and is the second award through the program to be announced. The awards include a project grant of $17,595,000 with an additional $2,639,250 grant to pay for the cost of an independent evaluation of the program’s effectiveness.

The City’s Crisis Management System has existed since 2014 and has greatly expanded during the de Blasio administration. In response to an increase of gun violence following the onset of CoViD-19, the administration provided $35 million in additional funding to help expand violence interrupters. By year’s end, over 40 CMS partners plan on operating in 28 precincts with the highest rates of gun violence. Housed within MOCJ, the CMS network is one of the key programs overseen by the Office of Neighborhood Safety.

Klass Glass: The Best Models Of Sunglasses Are Gathered In One Place 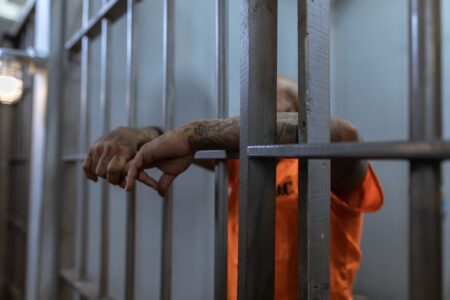