Coordinated raids stretching from the Bronx to the Hudson Valley led to the arrest Tuesday of 13 people accused of distributing kilograms of heroin and cocaine in Middletown, the City of Newburgh, New Windsor, Beacon and Bronx, the U.S. Attorney’s Office said.

All but one of 14 people indicted were arrested in raids carried about around 6:00 a.m. after a roughly three-month investigation by the Hudson Valley Safe Streets Task Force. Arrests occurred in Bronx, Dutchess County, Middletown, Newburgh and other locations.

The defendants all face federal narcotics conspiracy charges and sentences of 10 years to life. They were processed at the FBI’s office in Goshen before being taken to face U.S. Magistrate Judge George Yanthis at federal court in White Plains.

“It’s basically a pipeline of narcotics stretching from the Bronx to the Hudson Valley,” said Felipe Orengo, supervisory senior resident agent for the FBI. 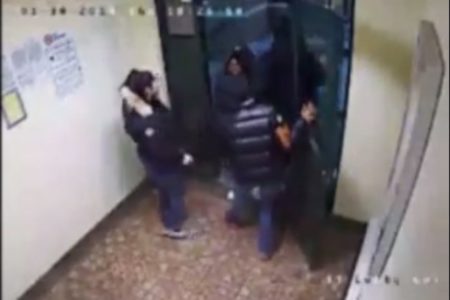