Today, as part City Hall in Your Borough, NYC Administration for Children Services (ACS) Commissioner David A. Hansell announced the one-year anniversary of the agency’s first-ever emergency food pantry, in partnership with the Food Bank for New York City.

Since opening last year, the South Bronx food pantry has served 11,758 meals to nearly 8,500 ACS-involved children and families in Bronx.

Bronx has the second-highest food insecurity rate in the city, at 16%, and the rate is even higher in the pantry’s immediate neighborhood, where 18% of all residents are food insecure. Commissioner Hansell toured the food pantry, alongside representatives from the Food Bank for New York City.

“Our primary vision is the care and well-being of our city’s children and families,” said ACS Commissioner David A. Hansell. “We know food insecurity in the home is often a barrier to child well-being, and that’s why we’ve made sure that our Child Protective staff can connect families in the Bronx to this pantry when they are short on food items. I want to thank the Food Bank for New York City for their continued partnership to serve vulnerable children and families.”

Food Bank is the city’s largest major hunger relief organization and provides 62.5 million free meals each year for New City’s most vulnerable communities. Through food distribution services, Food Bank helps fill a significant need for the most basic of necessities throughout New York City’s most vulnerable communities—including many served by ACS.

Local Auto Dealers Deliver 50,000+ Coats To New Yorkers In Need In The Past 7 Years 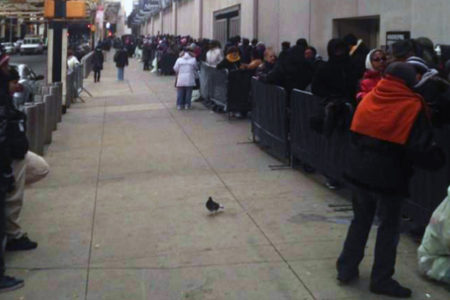